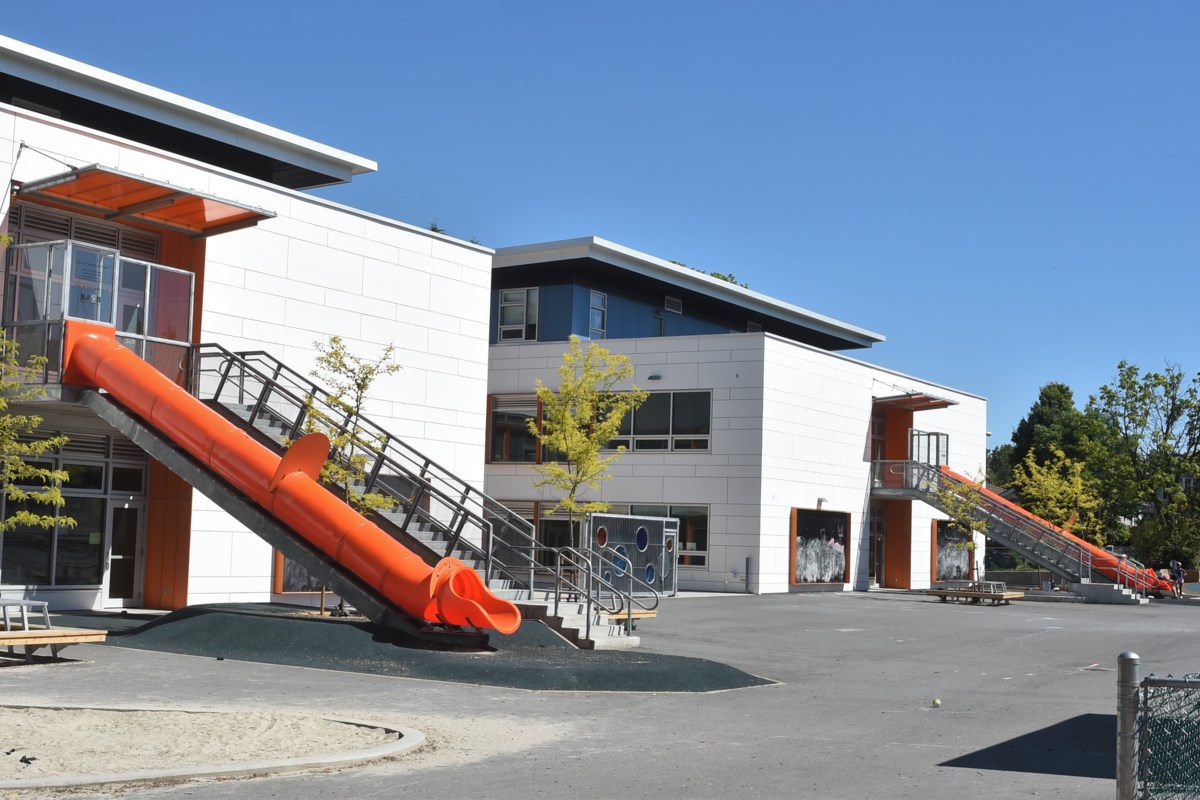 Young people were the ones behind the concept of slides jumping out of the side of the second floor of the school.

It seems that someone had students design one of the most unique features of the new Lord Nelson Elementary School, and it’s because they did. Kind of.

While professionals did all the math and engineering, the students were the ones behind the concept for slides emerging from the side of the building’s second floor. Principal Ankie Carswell says students were consulted when the new school was being designed.

“Some of the ideas were very creative and wishful, like a swimming pool, but they acted on one idea of ​​the slides,” she says. Vancouver is amazing.

To her knowledge, it is the first school in BC to have such a feature.

“When I first told my colleagues, they were incredulous that I had such an amazing playground feature,” says Carswell. She is not even aware of any schools with anything like Lord Nelson’s slides, and the architects considered submitting the school for design awards, based in part on its function.

Although the new building has been around for a few years, the two slides didn’t open until this spring as supply chain issues left a few parts missing to make them completely safe. The bright orange part (which kids actually slide down) has been in place since the fall (when a few teachers may have taken a trip down under the supervision of the crew building them), but students had to hold back.

“We held a ‘slide open day’ right after spring break,” explains Carswell. “I organized a meeting for the students because we opened a lot of things at once.”

That included a new playground, soccer field and other amenities, but the highlight for the kids were the slides.

“We had to have a rotation system so that everyone could access the slides,” says Carswell. “We’ll keep them open after school.”

There are a few rules for those going down, such as no food or backpacks, so kids looking to quickly escape the bell will need to find a friend or llama to carry their bag down the stairs. But before the break or lunch, it is a popular way to go to the playground.

Unfortunately, for those who want to try them out, the slides aren’t always open, but if Carswell is around, she’ll have them unlocked for a while. She recently showed up when they were locked up and heard a kid in the playground complaining about the slides closing.

“I said I would open them and there were cheers from the playground.”