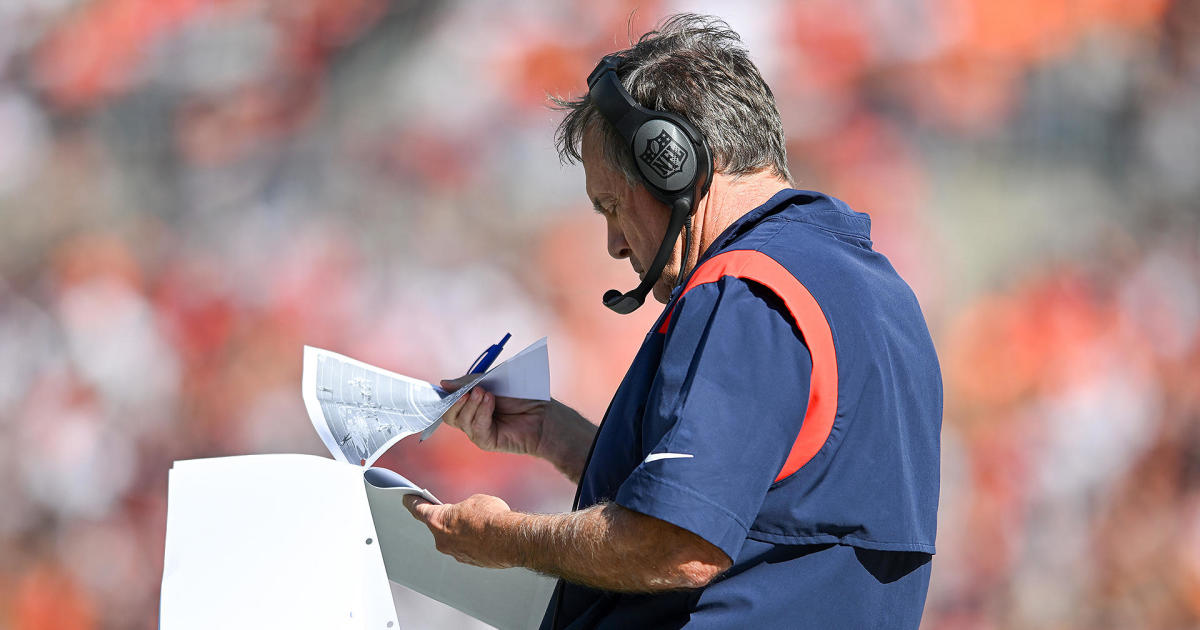 BOSTON — The 3-3 Patriots host the 2-4 Chicago Bears in Week 7, which doesn’t exactly scream must-see TV. But while the match-up won’t spark much excitement, the fact that it’s the Monday Night Football game will add a little extra spice to Gillette Stadium.

Or, at least Patriots fans can have fun saying “Da Bears” a few thousand times this week. So they have that for them.

Monday night’s game is the first of five prime-time games for the Patriots this season, and their first of two appearances on Monday Night Football. It could also be a pretty big night for Bill Belichick as he looks set to climb the NFL’s all-time win list.

Here are all the news, notes and fun facts you need to know ahead of Monday night tilt.

The CBS Boston team is a group of experienced journalists who bring you the content on CBSBoston.com.