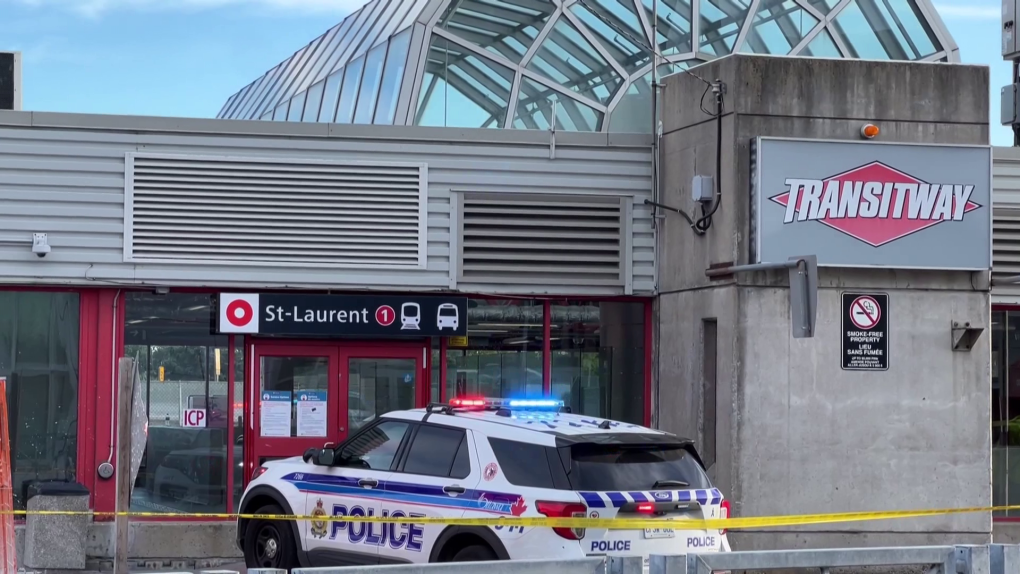 One person has died after a stabbing outside the St. Laurent Center.

Two other adults are being treated for non-life-threatening injuries following the incident on the south side of the shopping center on St. Laurent Boulevard, near the St Laurent Transit Station.

The O-Train station at the mall on the east side of Ottawa is closed to commuters and the public is asked to avoid the area after the incident.

Emergency services responded to a call for a stabbing at the mall on St. Laurent Boulevard at about 4:35 p.m. Witnesses tell CTV News Ottawa there was a fight on the south side of the mall, near the transit station.

Yellow police tape blocked the road between the mall and the St Laurent transit station, and both Ottawa Police and OC Transpo Special Constable vehicles were on the scene.

Ottawa police said just after 6 p.m. that the Homicide Division was investigating the death of a man at the mall.

The investigation into the 11th murder of the year in Ottawa continues.