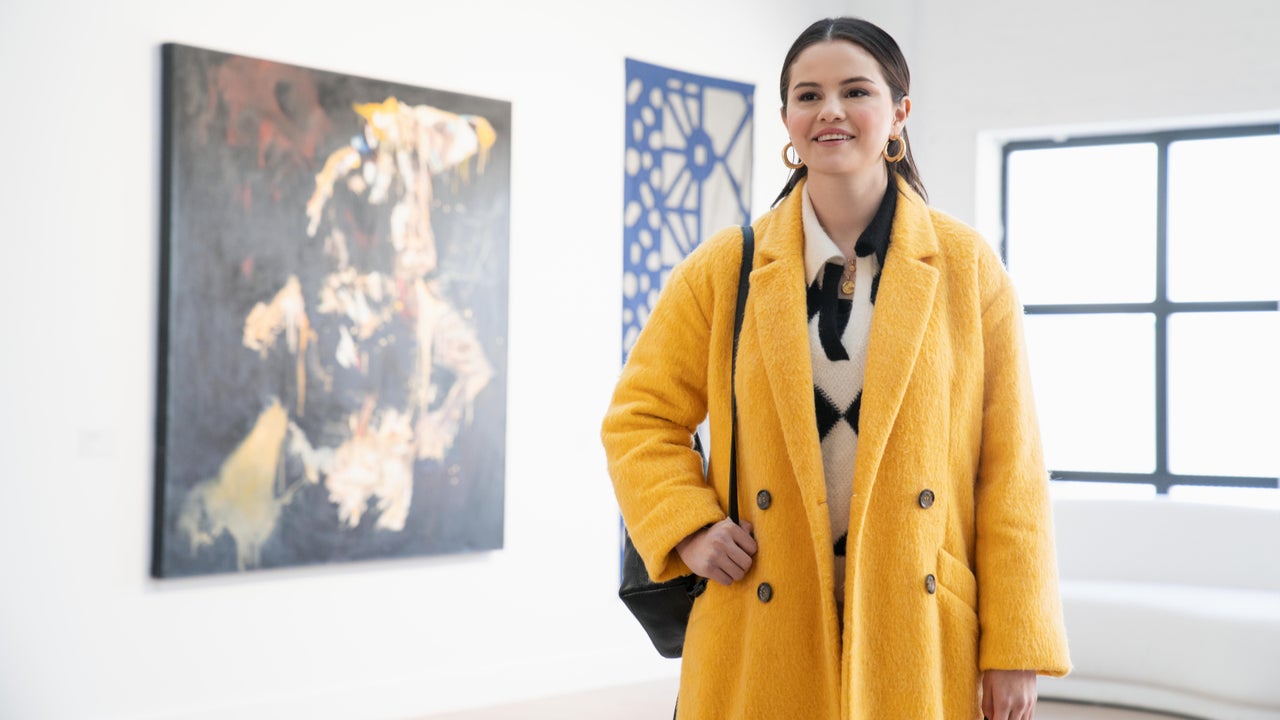 The first two episodes of Only Murders in the Building season 2 are now streaming on Hulu, with a new episode every Tuesday.

Only Murders in the Building left us with a great cliffhanger last season. With the mystery of who was behind Tim Kono’s death seemingly solved, finding Mabel with the newly murdered president of the board of The Arconia raised important questions such as “has Mabel been a psycho-murderer the whole time?” With Bunny Folger’s blood still drying on Mabel’s floor, the Only Murders team must put their newfound “expertise” to the test to solve yet another mystery and exonerate one of them. The first eight episodes leave much of what made the first season a success, but its scope is beyond its grasp as Only Murders adds more cases to solve and characters into the mix.

Only Murders in the Building’s greatest mystery remains “how did we go so long without having Selena Gomez team up with Steve Martin and Martin Short?” The lovable and irresistible chemistry of the show’s three lead roles was the highlight of the first season, and it continues here. Short and Martin’s barbs – fueled by the actors’ longstanding friendship – are consistently inventive and sharp, with Gomez’s dry, modern humor contrasting well with their bickering. While the trio is as funny as ever, things on the dramatic front are a little less reliable for Mabel, Charles and Oliver. Mabel’s blotchy memory of the night of Bunny’s murder is tied to the emotional trauma she’s dealing with, and Only Murders finds clever ways to fold that into the texture of the show, like how Mabel sees this battle as pieces of a flipped puzzle . That goes doubly for the way Only Murders illustrates Oliver’s penchant for deduction, with a stylish sequence that swings back and forth between Oliver’s imagination and an impromptu interrogation that gives Short the chance to channel genius and jest at the same time. But Charles’ storyline(s), including a Brazzos reboot, a reunion with his kind stepdaughter Lucy, and his lingering feelings for Jan (Amy Ryan), despite her attempt to kill him last season, turn out to be too much for any of them to be particularly interesting. Jan’s subplot feels particularly frustrating – while it’s clear the writers want us to sympathize with Charles’s loneliness, their relationship isn’t colored with enough nuance to give credence to the idea that Charles is going back to her.

In response to the exploding popularity of true crime podcasts, Only Murders in the building’s first season designed successful series like Serial for both inside jokes and dramatic structure. The second season continues that trend, but at diminishing returns. The first few “second season” jokes, the second season of Only Murders makes land, but the meta-bit wears out quickly after that. And like what has happened with some true crime podcasts, the structure of the second season just can’t capture the magic of what came before it. Discussions set up in early episodes – such as Amy Schumer’s (Amy Schumer) interest in Only Murders in a TV show (metameta!) will be woven into the final two episodes when they premiere later this summer. The question of who killed Bunny Folger remains the most interesting and necessary. With Mabel on the hook for the crime, it’s the only thing going on that all three have a shared emotional interest in.

Only Murders this time gives more time to returning and new supporting characters, a choice that proves to be a double-edged sword. Episode 3, “The Last Day of Bunny Folger,” is the easy culmination of the first eight episodes, a moving portrait of the late CEO’s toughness and dignity, and a showcase for Jayne Houdyshell who effectively demonstrates the sympathy of both character and audience. syncs for a woman we realized too late was too good for this world. The Death of Bunny is doing bring her mom Leonora into the mix, and while Shirley MacLaine has only appeared in one episode so far, it shouldn’t come as a surprise that she’s an absolute scene-stealer. MacLaine’s brief summary of Charles’ beloved Brazzos as “an excellent show to have in the background while you die” should give you a good idea of ​​what to expect and, given how closely the Folgers seem to be linked to the larger Arconia history mystery, the stage is set for MacLaine to return to give the story’s climax some gravitas.

Leonora Folger aside, most of the other new characters don’t make a strong impression. Alice, Cara Delevingne’s gallery owner, is suggested as a potential love interest for Mabel, but Delevigne’s arc delivery undercuts the suspense of how (and if) she plays a role in Bunny’s death. The same goes for Michael Rapaport’s Detective Kreps, a questionably competent NYPD detective whose motives are frustratingly opaque. While the Only Murders crew had an inordinate amount of red herring to sift through last season—in part due to their own inexperience as investigators—the curveballs feel less organic this time around and are tied to the plot.