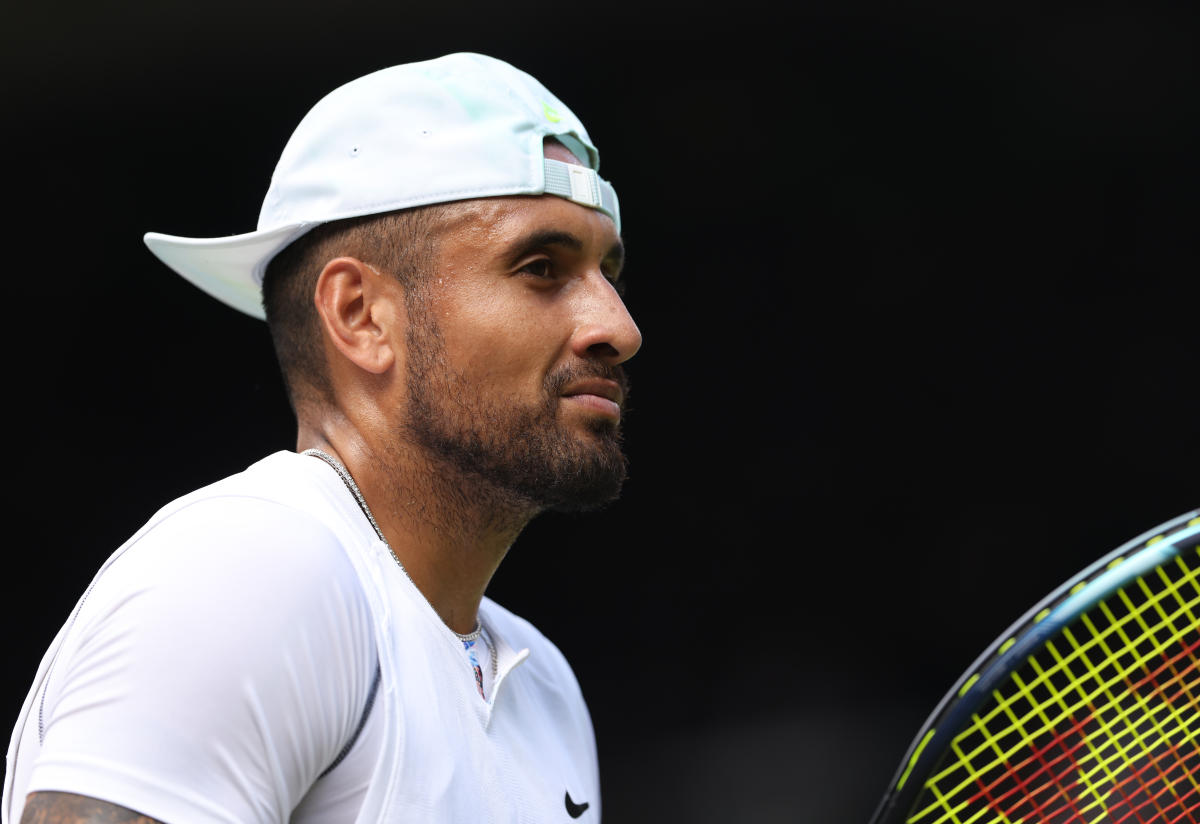 For better or worse, no personality has burned brighter at Wimbledon this year than Nick Kyrgios. That included his tactics in Monday’s fourth round.

Facing unseeded American Brandon Nakashima, Kyrgios found himself grinding more than he had before in the tournament, in which he has arguably taken the biggest win of his career against number 4 seeded Stefanos Tsitsipas. Kyrgios had to drop the first set, won the next two and then fell behind in the fourth set.

Trailing 5-3 and serving with a chance to extend the set, Kyrgios did something odd. The usually fearsome server turned his serve back to half his usual speed, missed shots wildly and threw in an underhand serve, according to Sporting News. Nakashima jumped to a 40-0 lead and then took the set on this third set point.

Some speculated that Kyrgios had tanked the game, especially after breaking Nakashima twice in the fifth set to take a 4-6, 6-4, 7-6, 3-6, 6-2 win. It turned out they were right.

After speaking to reporters about the match, Kyrgios confirmed that he deliberately conceded the end of the fourth set to knock off Nakashima, who defeated 13-seeded Denis Shapovalov to reach the fourth round.

“From the start I knew I wasn’t playing as well as I would have liked. I didn’t feel the ball like against Tsitsipas or Krajinović, so I knew I had to keep my head down and fight today. It was a good mental performance.

“At the end of the fourth, complete rope-a-dope tactic. I just threw that serve game away because I knew he was in a rhythm. He started getting on top of me and I really just wanted to throw him out a little bit . It worked.”

Kyrgios also noted that a shoulder problem threw him off the field at the start of the game and, being Nick Kyrgios, clashed with a reporter who aggressively confronted him for an alleged violation of the Wimbledon dress code.

With Monday’s win, Kyrgios advanced to the second Wimbledon quarterfinal of his career, and his first since his breakthrough in 2014. He will face Chilean Cristian Garín, the world number 43, for the chance of reaching of the first semifinal of a Grand Slam. of his career.