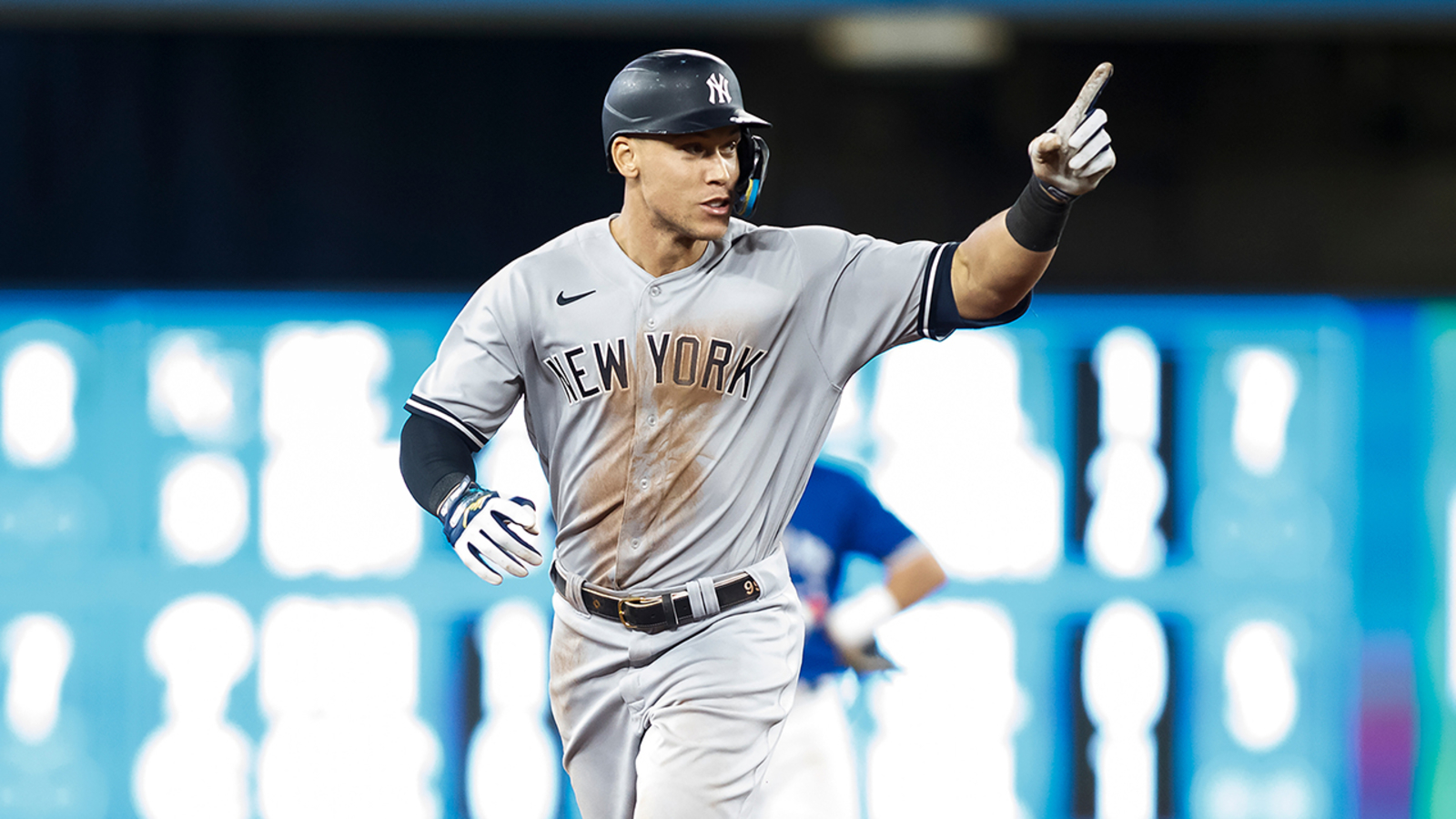 Judge crushed the record-tying homerun in the seventh inning off Toronto Blue Jays’ Tim Mayza and sent it over the wall at Rogers Center.

The 30-year-old had already equaled Babe Ruth’s total of more than 90 years ago and was still able to surpass Maris’s 61-year record, sealing his place among the best hitters of all time.

After the game, when speaking to the YES Network, Judge said it was “hard to describe” how he felt sharing the achievement with his teammates. He added that it meant a lot to have his mother around.

“I’m nothing without my family,” Judge said. “They mean the world to me. They are the reason I’m here, the reason I’m the person I am and that I get to share this moment with my mom and also give a little nod to Roger Maris Jr., it means a lot.”

Judge is the sixth player in Major League history to hit at least 60 home runs in a single season, but downplay his record season.

“I haven’t really thought about numbers or statistics and things like that,” he told reporters. “I’m going out to help my team win.”

After hitting his 394-foot home run, Judge received a standing ovation from the Toronto crowd and was greeted by teammates as he touched home plate.

The Yankees, crowned AL East champions on Tuesday, defeated the Blue Jays 8-3. Judge’s next chance to break the record comes on Friday when the Yankees host the Baltimore Orioles.

“I just keep saying, Aaron Judge, everyone should just watch and pay attention,” said Yankees head coach Aaron Boone last week after Judge hit his 60th home run. “I can say this because I’ve been through this, and he’s shown this: he puts his focus on being a great teammate and winning. He knows everything else will take care of itself.”

With seven regular season games to go, Judge is unlikely to reach the record of 73 home runs in a single season in the Major League.

But many have pushed the record aside as it is currently in the hands of Barry Bonds who – along with other players of the era – was embroiled in performance-enhancing drug scandals and reportedly used steroids. Bonds and Sammy Sosa have denied those allegations.

Judge disagrees, recently telling Sports Illustrated that “73 is the record in my book.” But Maris’ son, Roger Maris Jr., said on Wednesday that Judge “should be honored for being the true one-season home run champion. That’s really who he is when he turns 62.”

“It means a lot, not just to me, it means a lot to a lot of people that he’s clean, he’s a Yankee, he’s playing the game the right way… Baseball has to look at the records and I think baseball should too.” have to do something,” Maris Jr. said. to the YES Network.