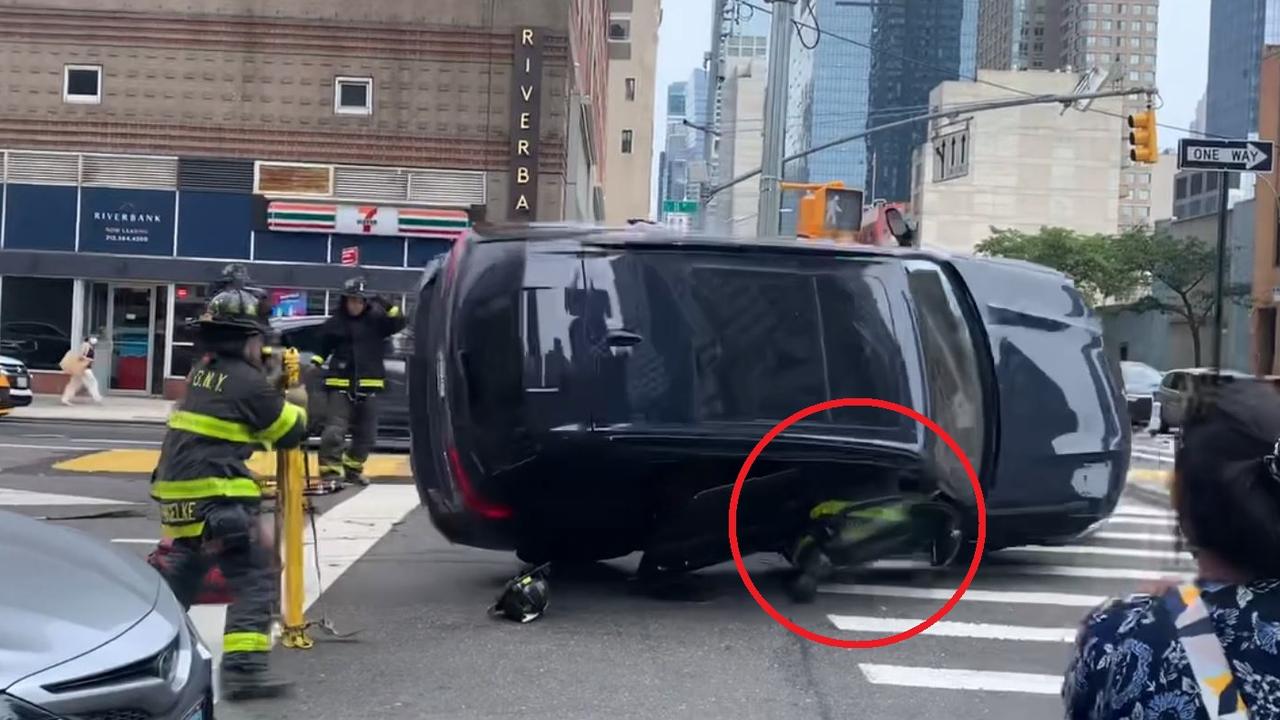 Disturbing footage shows a firefighter trying to rescue a couple trapped in a car died within inches.

Dramatic footage has revealed the moment a firefighter came within inches of being crushed when a car fell on him.

The incident happened Sunday afternoon (local time) in Midtown Manhattan, New York, when a black BMW appeared to be mounting a white Volvo while both cars were spinning.

It happened at an infamous traffic interchange in the city’s Hell’s Kitchen neighborhood, leading to the Lincoln Tunnel connecting Manhattan to New Jersey.

Bystander Ben Arias told news.com.au that firefighters had arrived on 11th Ave trying to rescue a man and woman from the vehicle when a firefighter ultimately had to be the one to be rescued.

With the car at a precarious 45-degree angle, first responders attempted to pull the occupants off the passenger side of the BMW.

“I told my wife to record this because it doesn’t look right to me,” said Mr. Arias.

“And lo and behold, the car fell on top of the firefighter who was trying to save the driver.”

The video given to news.com.au showed people screaming as the vehicle fell on the firefighter. However, being close to an open door, most of his body miraculously managed to fall into the car instead of the mass of the vehicle landing on him.

Mr. Arias said that if he had been only a few inches on either side of the open door, he might not have survived.

“Everyone standing there ran to the car and somehow we pushed the car up long enough to get them to safety.

“Those are New Yorkers. We’re helping,” he told news.com.au.

The injured firefighter was able to talk to his colleagues and medics and even partially lift himself onto a stretcher to be taken to hospital.

Despite the dramatic scene, no serious injuries are expected.

The New York Fire Department has been contacted for comment.