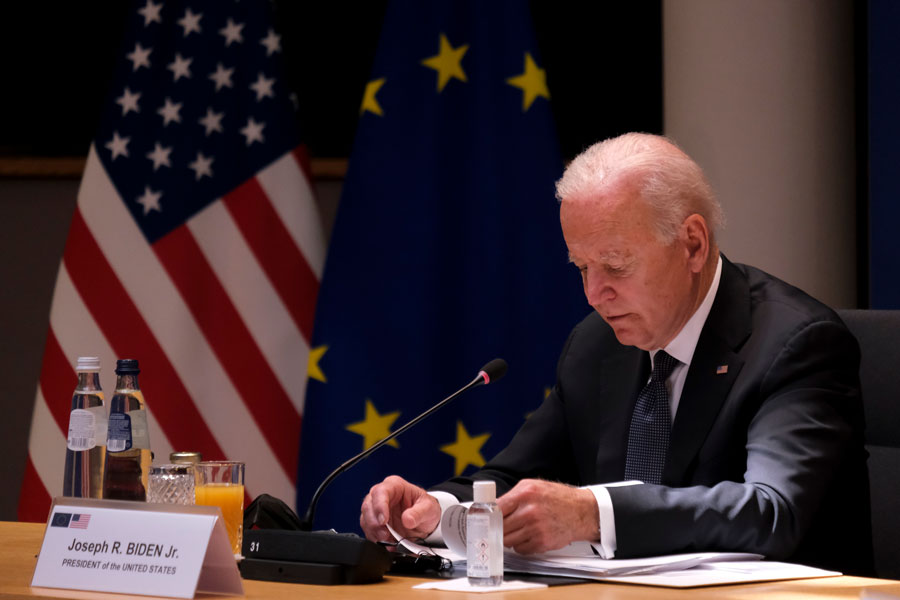 WASHINGTON, DC — A new CNN poll indicates President Joe Biden may soon be falling out of favor with his own party, as a surprising 75 percent of Democratic voters polled said they didn’t want the current commander in chief to run for reelection in 2024.

The results of the survey were revealed on CNN’s “New day” program Wednesday morning, with host John King discussing why he felt Biden was losing support from voters in his own party, many of whom said in the poll they wanted another Democratic representative to take his place.

King noted that Democrats are: “frustrated” with Biden after he “promised the moon” and not to deliver, in addition to the fact that “exhausted” with the current state of the country.

Big Tech uses a content filtering system for online censorship. View our short video about NewsGuard to learn how to tell the story for the Lamestream Media and help keep you in the dark. NewsGuard works with Big-Tech to make it harder for you to find certain content that they feel is “missing context” or stories that their editors deem “not in your best interest” — whether true and/or factually accurate. They also partner with payment processors and ad networks to cut revenue streams to publications that they rate poorly by the same standards of bias. This should be criminal in America. You can get around this third world nonsense by signing up for recommended stories by email and get the good stuff straight to your inbox.

Biden has previously stated that he plans to be re-elected in 2024, although even left-wing media outlets have soured over the idea of ​​this happening; New York Times columnist Bret Stephens wrote on Wednesday that Biden will not be allowed to seek a second term in the Oval Office because of his administration’s failings.

“The most important fact about the democratic world today is that it is not a leader,” he wrote. “The best Biden can do for the country is announce that he will not run for re-election — now, not after the midterm elections. Let his party determine its own future.”