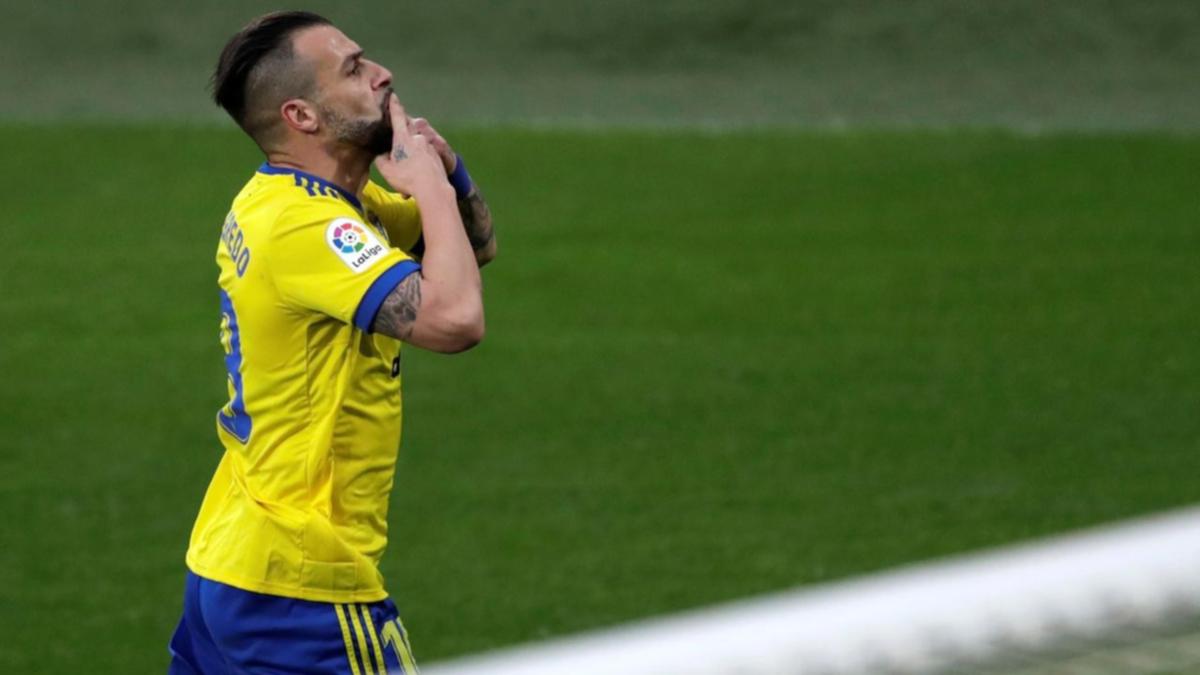 A goal in stoppage time from 37-year-old Alvaro Negredo has given Cadiz a much-needed 1-0 win over Valladolid in the Spanish League.

It was Cadiz’s first goal of the season and their first win after losing their first five games with a combined score of 0-14.

Negredo broke his team’s scoring drought when he used his left foot to score on a pass from Joseba Zaldua.

Both Negredo and Zaldua went for Sergio Gonzalez in the 72nd minute.

The goal from the veteran striker, who has played for several clubs, including Manchester City and Sevilla, helped Cadiz move from last place.

With the loss, Valladolid finished in 18th place, ahead of Cadiz in the relegation zone.