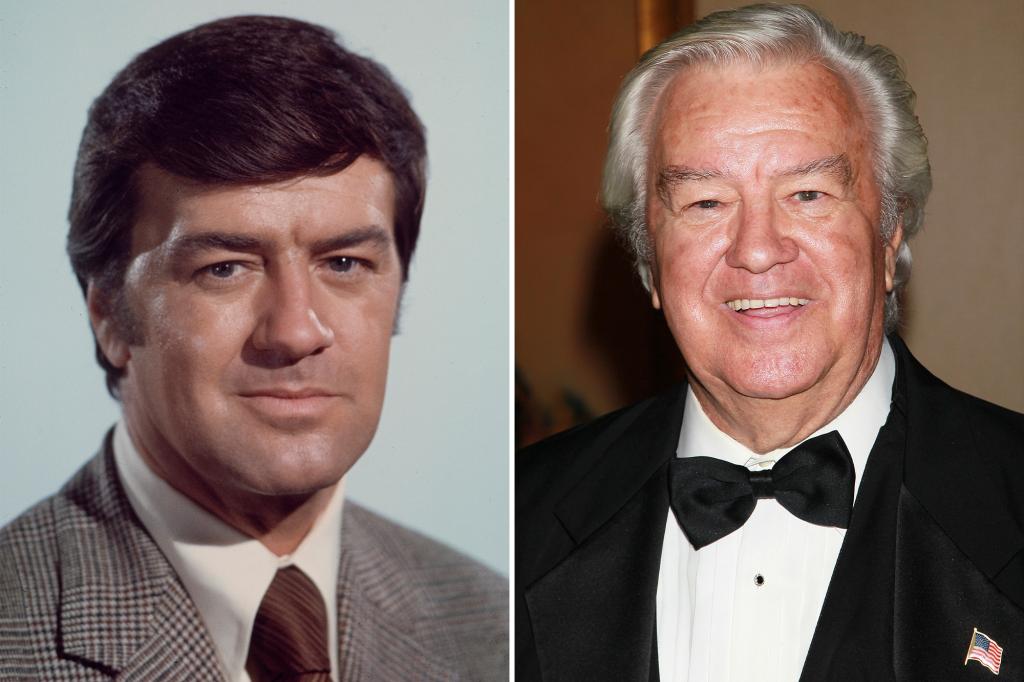 His granddaughter Kaylie Defilippis confirmed to The Hollywood Reporter on Thursday that he died of natural causes at a hospital in Thousand Oaks, California.

Masak was surrounded by his wife, Kay, and his children at the time of his death.

The character actor appeared in a plethora of roles on TV and film.

The Chicago native was best known for portraying Sheriff Mort Metzger in “Murder, She Wrote” and for earning the nickname “King of Commercials.”

For 15 years he was the voice of Vlasic gherkins and played the icon of the product: an animated stork. Other voiceover work has included doing spots for companies such as Rice-a-Roni and Smooth Sandwich Bags.

In the 60s and 70s, Masak made guest appearances in such projects as “The Twilight Zone”, “The Monkees”, “Get Smart”, “I Dream of Jeannie”, “Bewitched”, “The Mary Tyler Moore Show”. ‘, ‘Police Story’ and ‘Wonder Woman’.

In 1968, Masak made his film debut in the Rock Hudson movie “Ice Station Zebra”. His other film projects included starring with George Hamilton in “Evel Knievel” in 1971.

His other film roles included: “Second Effort”, “A Time for Dying”, “Laserblast”, “The Benchwarmers” and “Angels on Tap”.

In addition to being a screen icon, Masak was also involved with charitable organizations such as Wounded Warriors, Child Help, the Muscular Dystrophy Association, Susan G. Komen Foundation, and The Jerry Lewis MDA Labor Day.

Masak was also an author, writing his 2009 memoir, “I’ve Met All My Heroes From A to Z.” The book chronicled his memories of people he met over the course of his long career.

He was born in Chicago in 1936 and was survived by his wife, six children and 10 grandchildren.

His ‘Murder, She Wrote’ colleague Angela Lansbury also recently passed away, dying earlier this month at the age of 96.