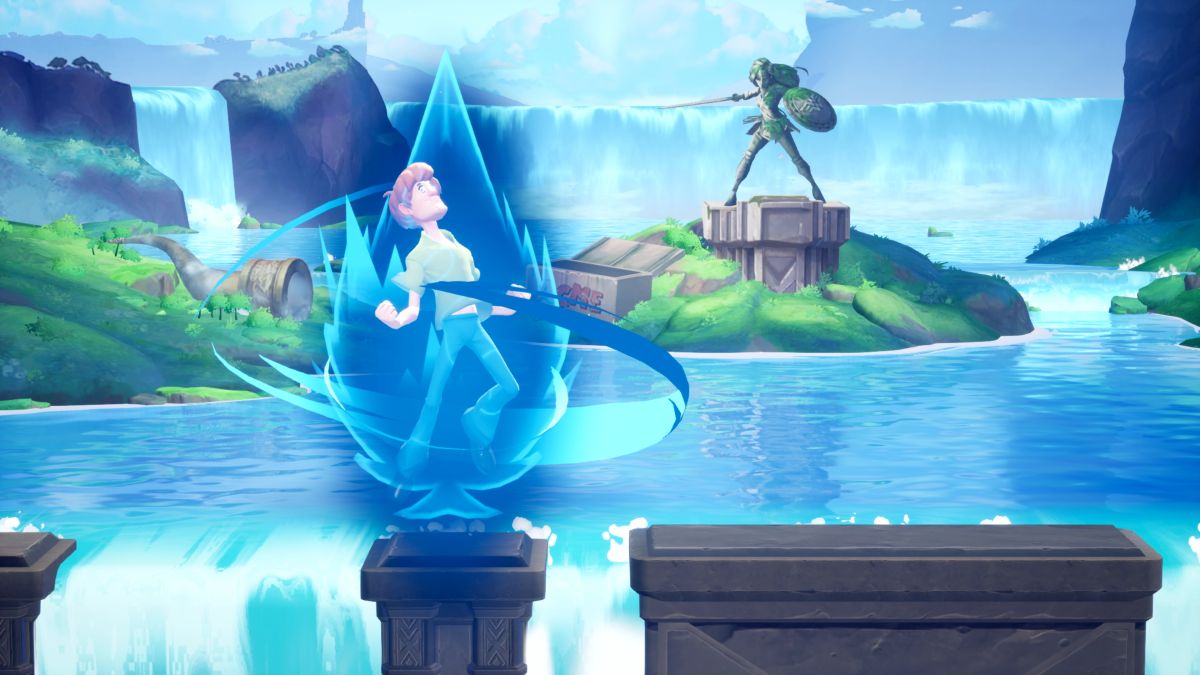 Warner Bros. has its head dipped in the franchise crossover trough and is almost ready to start slurping, announcing that the upcoming free-to-play platform fighter MultiVersus will enter open beta on July 26. The Smash-esque pits characters including Shaggy, Harley Quinn, Arya Stark, Bugs Bunny, Steven Universe, the Iron Giant, Jake the Dog and Finn the Human go head to head in a fever of violent brand synergy.

Players who participated in the closed alpha will get early access to the beta starting July 19. Anyone wishing to participate must sign up on the MultiVersus website (opens in new tab)and then check out participating streamers on Twitch for a chance to win an access key.

MultiVersus has online modes including 1v1, team-based 2v2, and a 4-player free-for-all. I hope it also has one of those Smash Bros. story modes with a crazy plot that tries to understand why Wonder Woman has to team up with Velma to fight Taz Devil. Expect seasonal updates, a battle pass, quests, and all the other live service game banes to follow.

More characters coming to the list (opens in new tab) also. As Rick and Morty pop up in the copyright text of the website, their entry will likely be announced soon.

Our very own Tyler Colp recently played MultiVersus and was surprised how much he enjoyed it. “MultiVersus touched me just like Overwatch did in 2016 as a game that appears to be a simple brawl, but in the end is much more like chess,” he wrote, “and the multiverse roster is extremely creative. Tom and Jerry are a two-in-one. -one duo like Smash’s Ice Climbers. For a simple attack animation, Tom sends his fist at Jerry. The mouse ducks away and Tom’s punch flies over his head, hitting his opponent. That Hanna Barbera attitude, which adds to the playfulness and chaos underlined in a bunch of cartoon characters smashing the snot is all over MultiVersus.”

A release date for the full version of MultiVersus has not yet been announced.