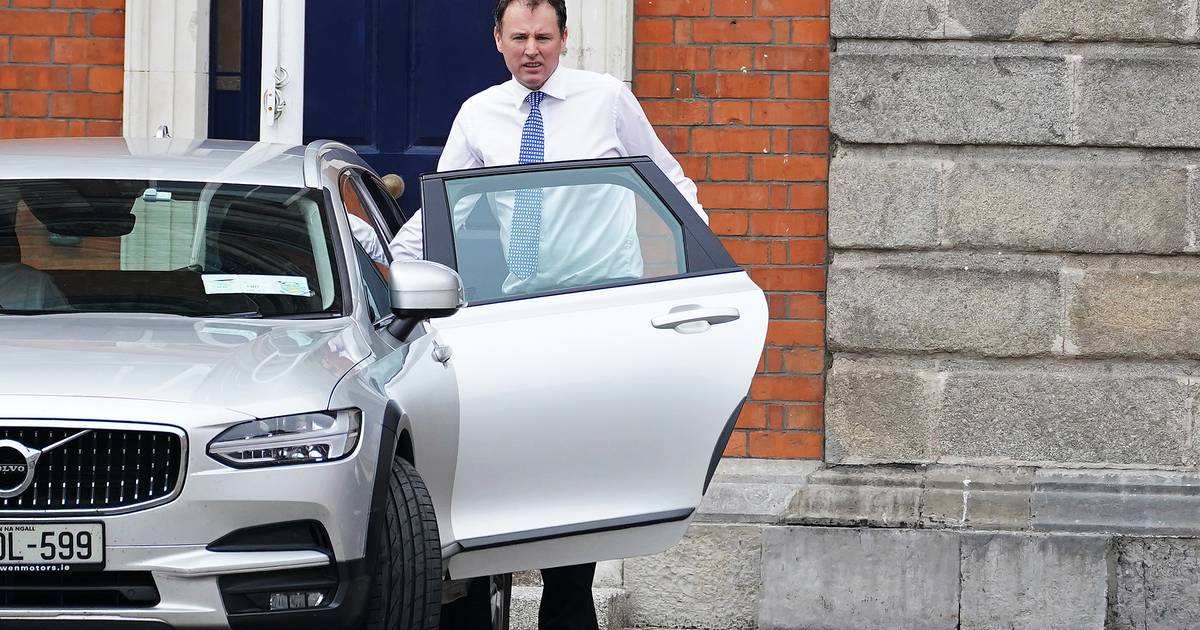 The government reported last night that it has not implemented more than half of the measures in its climate action plan in the second quarter of the year, as ministers again failed to agree on an emissions reduction target for the agricultural sector.

A progress report on the climate action plan, noted at the cabinet meeting on Wednesday, found that only 45 percent of the 162 specific measures to be taken in April, May and June were actually implemented.

The plan, published last year, sets out a range of environmental policies and measures needed to reduce greenhouse gas emissions. The Department of the Taoiseach monitors progress and publishes quarterly reports, with the overall implementation rate of the measures now at 71 percent.

The reasons given for the delay in the implementation of the measures were: “prolonged consultation and analysis of stakeholders; capacity and capacity constraints related to skills, competing work priorities and resources; and wishes for coordination with other measures to increase effectiveness and impact”.

“Legislative delays were also prominent in the second quarter, along with issues arising from the technical complexity of implementing climate action and the layers of administrative approval often required to complete measures,” the government said.

‘Shoulders on the wheel’

A spokesman for Green Party leader and Climate Minister Eamon Ryan admitted the result was “disappointing”, adding that it was hoped that the pace of implementation would pick up in the third quarter.

“It underlines the importance that we all put our shoulders to the wheel and get it done,” he told journalists during the weekly briefing after the cabinet. “We need to get there faster.”

Officials and ministers spent much of Wednesday in negotiations to cut agricultural emissions after overnight talks failed to reach a deal on Tuesday. Officials said negotiations were continuing.

Following pessimism earlier this week, multiple sources involved in the talks reported that progress was being made and that the parties were moving closer together. However, they warned that nothing definitive had been agreed and that a deal was unlikely to be struck before Thursday.

A draft note to be sent to coalition leaders is being prepared, but no agreement has been reached on a figure for emissions reduction for agriculture. Agriculture Secretary Charlie McConalogue would stick to a 24 percent reduction target, while Ryan was unwilling to go below 26 percent.

A source said if the deadlock continues, it will be postponed for coalition leaders to decide. Government sources said one side would not “win” in the process and stakeholders on both sides would likely be disappointed. Agriculture representatives have continued to pressure Fianna Fáil and Fine Gael TDs to support a lower cause, while environmental groups and climate activists have pushed for higher reductions from the agricultural sector, which is Ireland’s largest emitter of greenhouse gases.

A group of environmental NGOs said a 22 percent cut to agriculture would be “neither fair nor feasible, as it would mean a 68 percent reduction in emissions to the rest of society”.

“In addition, it will block the intensification of agriculture and its associated negative effects on water, air, wildlife and food security,” spokespersons for the Environmental Pillar, the Stop Climate Chaos Coalition and the Sustainable Water Network said in a statement.

Fianna Fáil backbencher Barry Cowen said it could be “the best thing for everyone involved” if a decision was postponed until the autumn, but coalition leaders would like to strike a deal before the summer break.