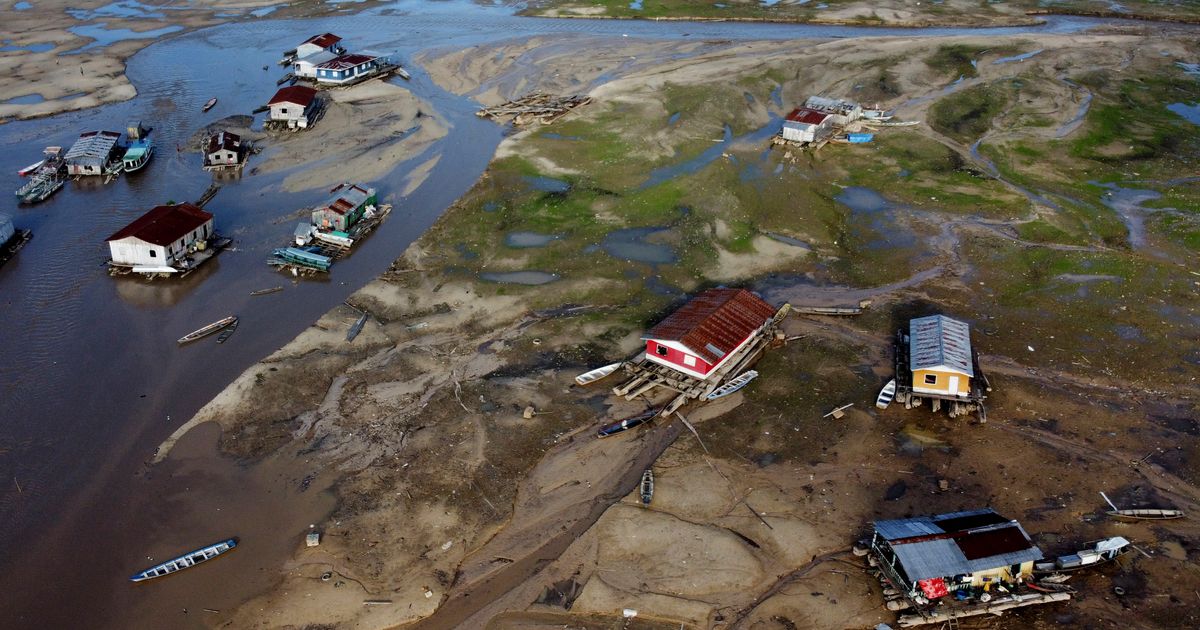 TEFE, Brazil (AP) — Just months after enduring floods that destroyed crops and inundated entire communities, thousands of families in the Brazilian Amazon are now experiencing severe drought that, at least in some areas, has been the worst in decades. The low level of the Amazon River, at the center of the world’s largest drainage system, has put dozens of municipalities on alert.

The rapidly declining river water level is due to lower-than-expected rainfall in August and September, according to Luna Gripp, a geoscience researcher who monitors river levels in the western Amazon for the Brazilian Geological Survey.

Since most of the state of Amazonas is not connected by roads, the main concern is the shortage of food, fuel and other goods normally transported by waterways. In Tefe, a city of 60,000 inhabitants on the Amazon River, large ships have been unable to reach the harbor in the center.

The situation is even more critical in the dozens of communities scattered across the Tefe region, affecting around 3,500 families. Many waterways, such as lakes and creeks, have dried up, eliminating access to the Amazon River and thus to nearby cities, which act as commercial hubs.

In the community of Sao Estevao, fishermen have postponed fishing for pirarucu, the largest fish in the Amazon, because the boat to transport their catch to the city cannot dock. The legal fishing season runs until the end of November. If the water level doesn’t rise quickly, the community of seven families will lose a major source of income, fisherman Pedro Canizio da Silva told The Associated Press in an audio message.

About six months ago, the community suffered losses due to a heavier-than-expected flood season.

“I lost my banana and yuca crops. In addition, caimans and anacondas came closer to us because of the flooding and ate some of my ducks and chickens. The water under my stilt house almost reached the ground,” recalls Canizio.

In the indigenous community of Porto Praia, the nearby branch of the Amazon River has become a huge stretch of sand that gets too hot to walk on during the day. A motorboat trip to Tefe, normally 90 minutes long, now takes four hours, Anilton Braz, the local leader, told the AP, because the water is so shallow in some parts that it is necessary to paddle rather than use the motor .

The local water source has become muddy and there are no alternatives, Braz said. “We are afraid that our children will get sick with diarrhea and other diseases.”

The situation has led Tefe City Hall to declare a state of emergency to speed up aid to families, but so far aid has been scarce. “The mayor sent some food,” Braz said.

The local civil defense said 53 out of 62 municipalities have been affected by flooding and drought in Amazonas state this year alone. The drier season, known locally as the ‘Amazon Summer’, usually lasts from June to December in this part of the rainforest.

In a region as vast as the Amazon, drought severity varies.

In Porto Velho, the capital of Rondonia state, the mighty Madeira River registered its lowest level ever since official records began in 1998. measurements started in 1967, according to the Brazilian Geological Survey.

The drought in the Amazon River hasn’t been that extreme so far, although Coari, a town near Tefe, is experiencing its sixth worst drought since records began in 1975.

“As climate change causes extreme weather events, significant droughts in the Amazon are likely a sign of such changes,” Alejandro Duarte, a climate researcher at the Federal University of Acre, told the AP. “This could be an irreversible trend in the coming years.”