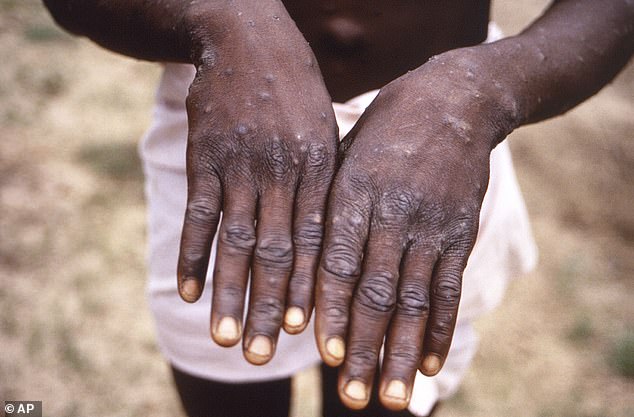 Second death from monkeypox in Spain: Another person dies from virus after humans in Alicante became Europe’s first fatality and WHO declared outbreak a state of emergency

By Laurence Dollimore For Mailonline

Spain has confirmed its second death from the Monkeypox virus as the number of cases continues to rise worldwide.

The country’s health ministry confirmed the fatality on Saturday, as the number of cases grew to 4,298.

Of these, 120 were requiring hospitalization, El Mundo reported, representing 3.2 percent of cases, as one expert warned more deaths are expected.

It comes after a man from Alicante, in the Valencia region, became the first dead in Europe on Friday.

He has not been identified, but health authorities said he died of encephalitis related to the disease, a serious condition that causes the brain to become swollen.

It followed the death of a 41-year-old man in Brazil. He had serious immune system complications and was admitted to Eduardo de Menezes Hospital in Belo Horizonte, Minas Gerais at the time of his death on Thursday.

Experts in Spain said the virus strain currently plaguing the country originated in Nigeria and is less deadly than those in other parts of Africa.

But Alfredo Corell, Professor of Immunology at the University of Valladolid warned, “We are facing the possibility of seeing more deaths.”

While the average age of patients in Spain is 37, the age of those infected ranges from 10 months to 88.

The country has the most cases in Europe and is only beaten by the US at the global level.

Monkeypox has affected more than 16,000 people in 75 countries, according to a US Centers for Disease Control and Prevention (CDC) census 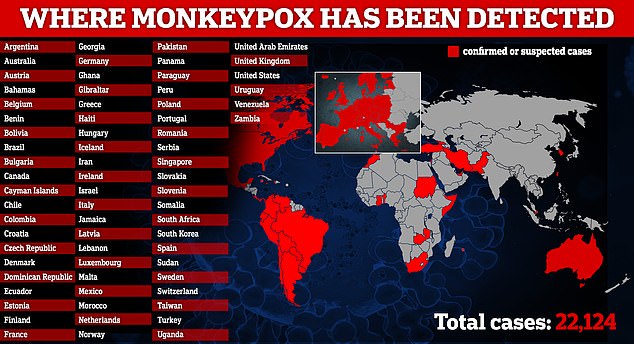 Last week, the World Health Organization declared monkey pox a global health emergency, meaning it now views the current outbreak as a threat of sufficient magnitude that a coordinated international response is needed.

WHO Director-General Tedros Adhanom Ghebreyesus made the decision to issue the statement despite a lack of consensus among experts serving on the UN health organization’s emergency committee.

It was the first time the head of the UN health organization took such action.

“We have an outbreak that has spread rapidly around the world due to new modes of transmission that we don’t understand enough about and that meet the criteria in international health regulations,” Tedros said.

“I know that this has not been an easy or straightforward process and there are differing views among committee members,” he added.

The WHO announcement came after the virus spread to more than 75 countries. Director-General Dr Tedros said at the time that the risk of people contracting the virus in Europe was ‘high’.

The WHO previously declared emergencies for public health crises such as the Covid-19 pandemic, the West African Ebola outbreak in 2014, the Zika virus in Latin America in 2016 and ongoing efforts to eradicate polio.

Although monkeypox has been identified in parts of central and western Africa for decades, it was not known to spread beyond the continent or become widespread among humans until May, when authorities reported dozens of individual outbreaks in Europe, North America and discovered elsewhere.

The symptoms are followed by a rash that starts on their face or mouth and then spreads to other parts of their body — especially the hands and feet.

However, in some recent cases, patients first developed a rash in the mouth or around the genitals or anus.