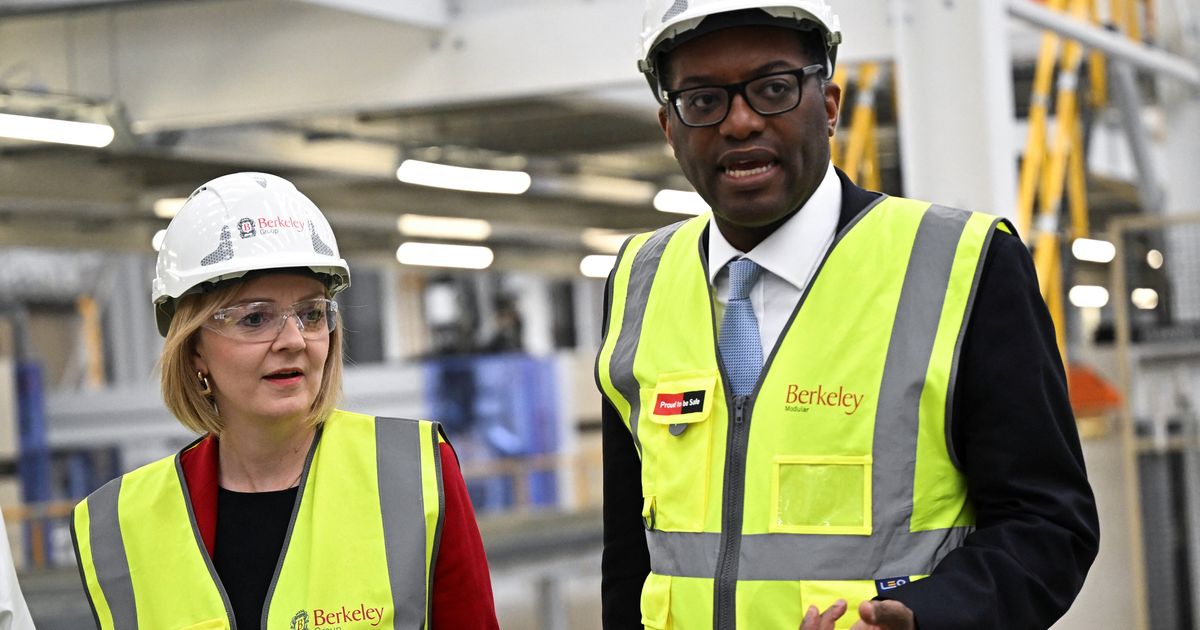 Kwasi Kwarteng has been accused of “betting the house” on economic growth after he announced plans to cut taxes on the rich, paid for by a massive surge in government loans.

In a devastating assessment, the highly respected Institute for Fiscal Studies said the chancellor had “set the national debt on an unsustainably rising path” with the spending splurge.

To pay for that, the government will borrow an additional £70 billion over the next six months.

But money markets reacted badly to the announcement, with the value of the pound plummeting again and the cost of government borrowing soaring.

IFS Director Paul Johnson said: “The Chancellor announced the largest package of tax cuts in 50 years without the semblance of an attempt to match public finance figures.

“Instead, the plan seems to be to borrow large amounts at increasingly expensive rates, put government debt on an unsustainable upward path and hope we get better growth. This marks such a dramatic change in the direction of economic policy making that some of the longer serving cabinet ministers may be concerned about getting whiplash.

He added: “Mr. Kwarteng is not only betting on a new strategy, he is betting on the house.”

In fact, the only analysts who had anything good to say about the mini-budget were right-wing think tanks like the Economics Institute, whose director general, Mark Littlewood, described it as a “booster budget.”

He said: “It’s refreshing to hear a chancellor talking passionately about the importance of economic growth and supply-side reform, rather than tearing down a series of pledges of state spending and higher taxes.

“Only by reducing the amount of tax the state collects across the income spectrum and reducing regulatory burdens can we create better conditions for growth.”

But when he appeared on Sky News, Littlewood admitted, “You won’t like this pack if you care more about the poor.”

“You’re not going to like this package if you care more about the poor.”

The Tories don’t even act like they care anymore.

The only leveling they do is in the accounts of bankers, £150,000+ earners and oil and gas companies. pic.twitter.com/dkUS7nqf5g

Meanwhile, the Center for Public Studies, whose director Robert Colville co-authored the latest Tory election manifesto, was another fan.

Not to blow the trumpet, but:

Tony Danker, Director General of the CBI, said: “This is a turning point for our economy. Like covid, the energy crisis has forced the government to spend massively to protect people and businesses. That means we have no choice but to go for growth to afford it.

“Today is the first day of a new growth approach in the UK. We need to use this opportunity now to make it count and bring growth to all corners of the UK.”

Martin McTague, National President of the Federation of Small Businesses, said: “The Truss government is off to a flying start. The Chancellor took action today targeting small businesses and rightly acknowledged that abolishing taxes on jobs, investment and entrepreneurs is essential for our economy.”

But unions were scathing in their assessment.

“Billionaires and urban bankers will reconsider which tax haven to put their money in, as millions of ordinary families continue to struggle to make ends meet.”