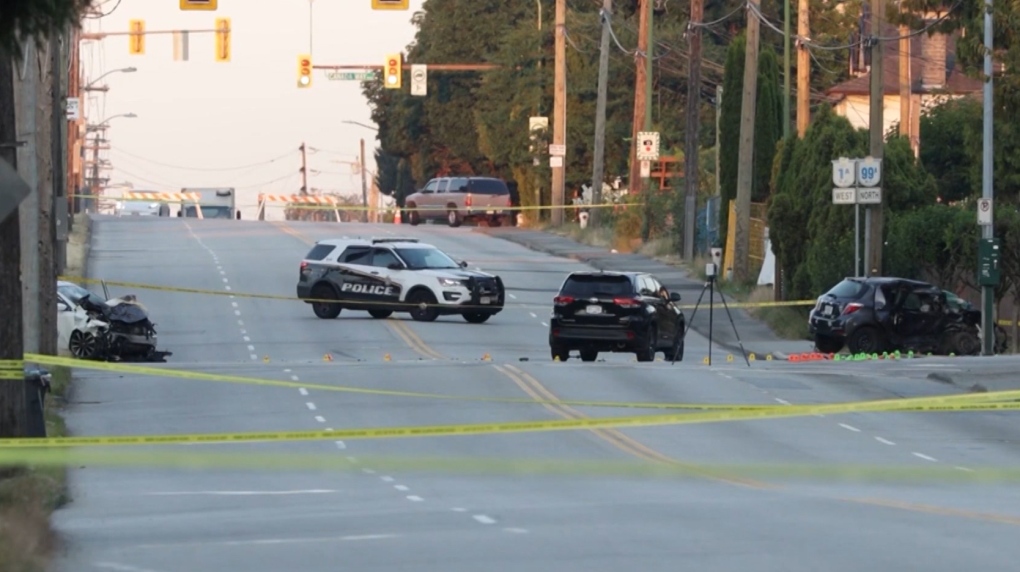 Two people have been killed in a multi-vehicle accident involving a driver who is believed to have fled from police late Tuesday night.

“Our officers tried to initiate a traffic stop of a vehicle. That driver would have fled. Minutes later, the vehicle was set on fire by our officers and had been involved in a collision with another vehicle,” Const said. Amanda Steed, spokesperson for the MVTP.

Police said two people in the other vehicle were taken to hospital but died of their injuries.

“It’s tragic. You’re out and about, you mind our business as you drive, go wherever you go, and we don’t expect to be involved in a collision, let alone die in a collision. Our thoughts are with the families of those who succumbed to the injuries,” Steed said.

The driver who had allegedly fled from the police and their passenger were arrested near the scene of the car fire. Both are still in custody and face charges with a driving ban, dangerous operation of a motor vehicle that resulted in death and fleeing from the police.

Transit police are continuing their investigation and BC’s police watchdog, the Independent Investigations Office, has been notified of the incident.

Transit police are not disclosing what prompted the officers to pull over or where the attempted stoppage took place.

It is also a piece of the puzzle that the IIO is looking at.

“We are still trying to locate the place where the shutdown attempt was made. But that’s certainly one of the key questions in our investigation,” said Ron MacDonald, the chief civil director.

“If there was a chase, how long will it last? How long did it go on? Those are all key ingredients and help determine the role of the police in this eventual clash, and determine whether or not their actions were justified,” he said.

The IIO is charged with investigating all police-related incidents in BC that result in the death or serious injury of any member of the public, whether or not there is an allegation of police misconduct.