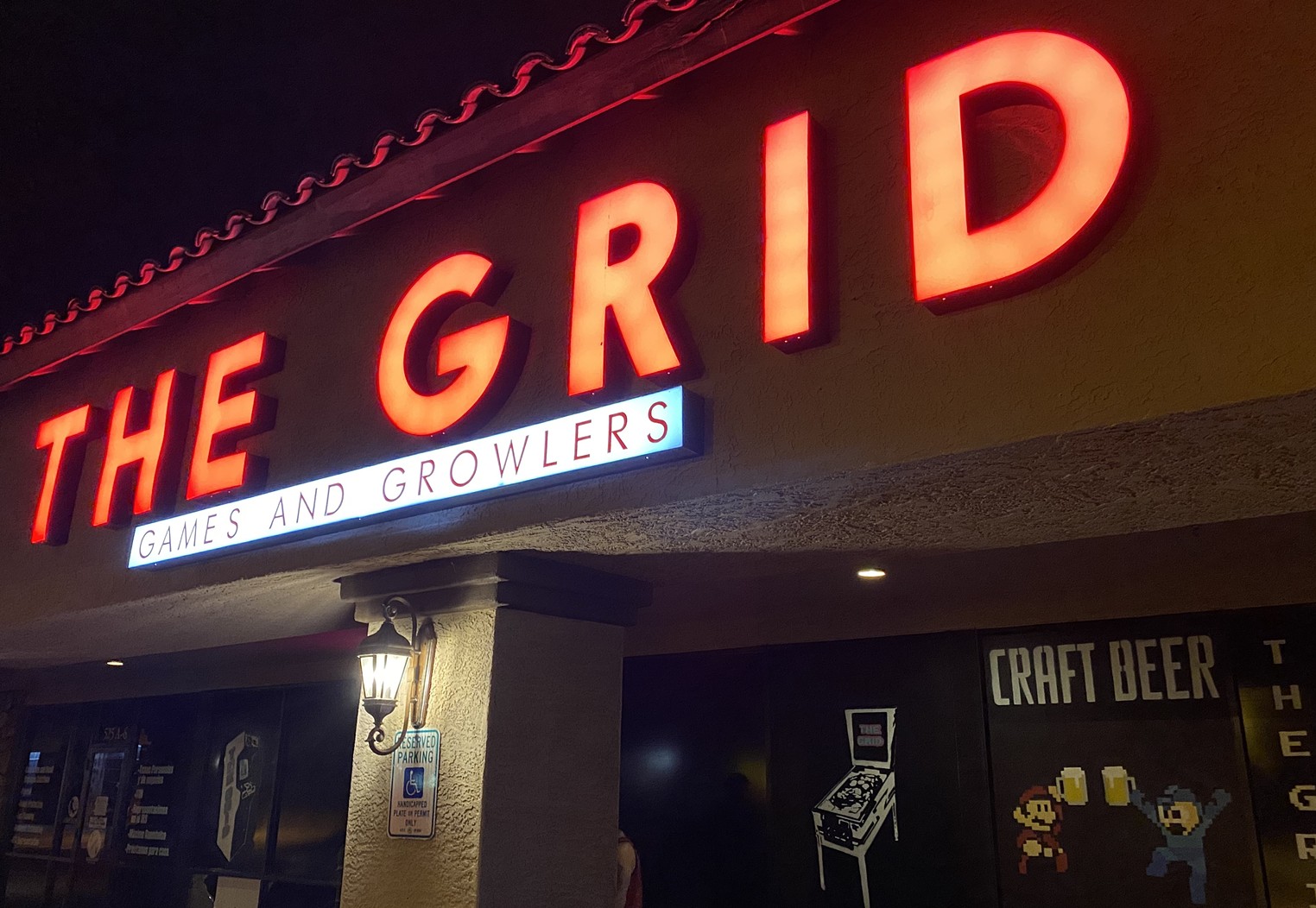 Owners of the beloved Mesa game pub The Grid face a bigger challenge than the Turbo Tunnel in Battletoads: Raising enough money over the next few days to keep the business open.

According to co-owner Dillin Smith, they must have found a total of $6,500 by Sunday, July 31, to cover next month’s rent. If they can’t, Smith and co-owner Matthew Robbins will have to pull the plug on the 4,100-square-foot bar and geek hangout at 525 South Gilbert Road in Mesa, which houses arcade games, pinball machines, and console systems. as well as DJs and live music.

The owners of The Grid are under-rented due to various financial difficulties, some of which are the result of the pandemic. Like most local bars, the business will be closed for an extended period in March 2020. It remained dark for over a year and reopened in April 2021.

“Because we were closed for a whole year, there was no revenue and we built up a lot of debt,” Smith says. “In the months since we reopened, the money we’ve spent on… [paying off those debts] has not been enough.”

Their financial problems have also been exacerbated in recent months by repaying loans and handling certain bills they could not defer any further, as well as handling other business expenses.

“The bottom line is we wouldn’t be able to earn rent this month and I was worried that the doors would be closed and locked on us,” Smith says.

A row of pinball machines in The Grid in Mesa.

However, The Grid will not face this challenge alone. Members of the “Save The Grid” committee, made up of various patrons, local promoters, event hosts, artists and others associated with the bar, are trying to save the bar. Earlier this month, they launched an Indiegogo campaign that has raised over $2,200 to date.

Dylan Turnage, a longtime patron of The Grid who is a member of the committee, shared: Phoenix New Times it’s been “a concerted effort” to try and save the bar, which has become an important place for them and others in the Valley’s geek and music scenes.

“The Grid is essential in its own way to provide as many people as possible with an open and comfortable space, not only with a geek background, but also from the rave and EDM scenes,” says Turnage. “Realistically anyone can walk in here and find something they like.”

The Grid was opened in 2015 by Robbins and former co-owners Bryan Young and Michael Goosens. In addition to the selection of game options, the bar has hosted a variety of geek events ranging from Rock band nights and Dungeons and Dragons sessions to cosplay parties, as well as electronic dance music nights, raves and shows from local and touring bands.

A donation jar at Mesa game pub The Grid.

In addition to attracting gamers and ravers, The Grid has also been a destination where people who feel like they don’t fit anywhere else can hang out, Turnage says.

“The Grid is valuable to anyone looking for a place where they can come out and be themselves,” he says. “Speaking for myself, I wasn’t used to a lot of social stuff, but to do that I went to The Grid. This place made me feel comfortable not only because I was myself but also because I was in a ? [social] institution. And it gave me a sense of hope. I come here to see friends, to feel welcome.”

Brooke Watson, the social media and event booking manager for The Grid, says the place is also a safe place for her.

“As a girl, this is the only place I feel comfortable going out and dancing alone,” Watson says. “When there’s a DJ playing, sometimes I just go upstairs and dance alone. I don’t feel comfortable doing that anywhere else.”

Turnage says it’s one of the many reasons they’re “doing everything they can to save The Grid.”

That includes a few benefit events on Sunday to help reach their fundraising goal. The first, a “Hero’s Feast Luncheon”, will take place from noon to 3 p.m. and offers a Skyrim– themed meal for $50 per person. That evening, the “Stranger Synths” fundraiser will feature music from a dozen local DJs from 4pm to 2am and a karaoke session from 10pm to 2am.

Smith says he appreciates the committee’s help. If they manage to raise the $6,500, he expects the situation with The Grid to improve. “From next month we should be fine,” he says. “It’s just that so many things were being dealt with and the extra payments we had to make, with the loan numbers we had, it made it hard to save for rent. Nothing major should happen next month that’s going to hurt us.”