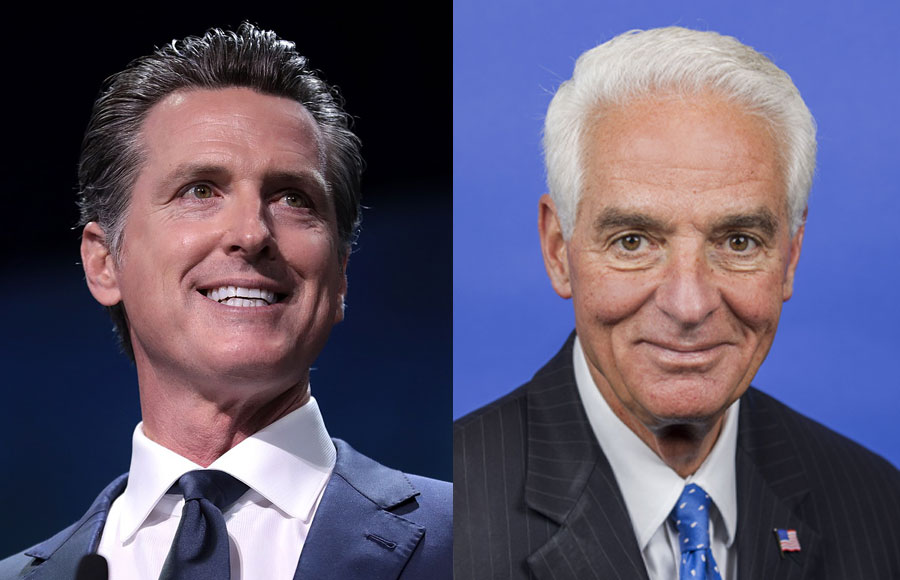 PORTSMOUTH, OH – Have you noticed how narcissistic political leaders and Wanna-Be dictators support each other in the polls? During election season, their venom sacs swell behind their pointy canines.

“California Governor Gavin Newsom, who is being considered a potential Democratic presidential candidate in 2024, is pouring money into Florida governor’s race to stop a potential Republican rival. Mr. Newsom announced that he is sending $100,000 to Representative Charlie Crist to help fellow Democrat topple government leader Ron DeSantis in November.” That reports the Washington Times.

gov. Newsome, when asked by reporters why he is donating to the Crist campaign, replied: “I don’t like bullies” added the article.

Projection is the weapon of oppressors. Whatever I am – I project onto you. It’s an old aggressor tactic. And narcissists are quite adept at playing the victim to stay in power.

A future Gavin Newsome in the White House should give any freedom-loving citizen the chills. We don’t need Czar Biden on steroids and another stomper of the US Constitution.

But Newsom is BFFs with George Soros, commander of the Megalomaniac Club.

According to a 2021 Fox News report, left-wing mega-donor George Soros gave another $500,000 to pro-Newsom efforts, bringing total support to $1 million to prevent citizens from recalling their hated leader.

The Washington Times article continues, “Mr. Crist won the Florida Democratic gubernatorial primaries on Tuesday and has presented himself to voters and donors nationwide as the candidate who can stop Mr. DeSantis, a Republican, from a successful 2024 White House run by defeating his 2022 reelection bid. .

So the political egomaniacs are doing their best to keep the Deep State cabal in power by 2024. Newsome wants his portrait to hang on the wall of the White House along with autocrats Joe Biden, Barack Obama and Bill Clinton – the megalomaniac club. Qualities to Participate: Exaggeration of own cleverness, success, strength and appearance; lack of empathy and sympathy; control, superiority and justice. Crist’s aim is not so lofty; he’ll settle for the Rolling Stone cover.

Can someone with split tongue tell Crist and Newsome the following news?

Gov. DeSantis (R-FL) leads the polls by about 6 points and is the favorite to win the race due to his popularity and a shift in voter registrations to the GOP. And there are 200,000 more registered Republicans than registered Democrats in Florida.

Ouch! Does the crabby Crist feel the political pain?

“Elections belong to the people. It’s their decision. If they decide to turn their backs on the fire and burn their butts, they’ll just have to sit on their blisters.” -Abraham Lincoln