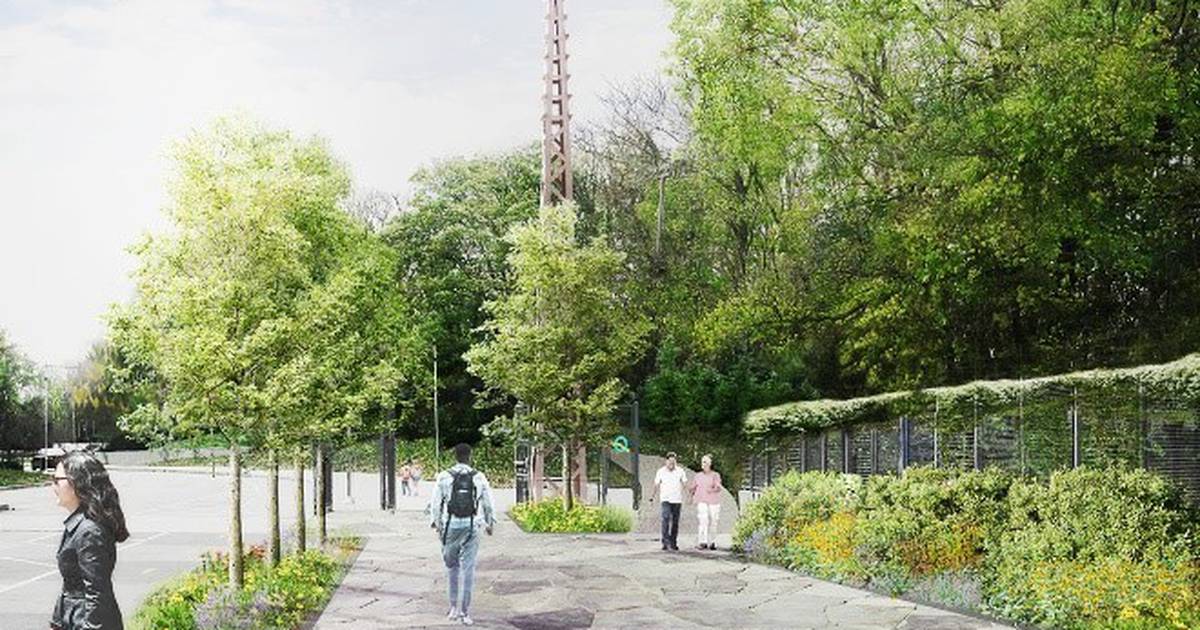 New details about the Queens version of Manhattan’s High Line Park emerged Friday when Mayor Adams announced that phase one of the project would cost $35 million and turn five acres of city-owned Forest Hills land into a greenway.

The “Met Hub” phase of the project will be managed by the city’s Economic Development Corporation in conjunction with the Parks Department and aims to transform the derelict railway lines into a linear park in the same tradition as the High Line.

Adams vowed Friday that the plan would transform the area from an “thorn in the side to an oasis.”

“This project, this community has wanted for decades,” he said in Queens. “Phase one will convert abandoned railway lines, which have been used as landfill sites or worse, into a five-acre linear park.”

The design portion of the project will begin immediately, although it’s still unclear when construction on phase one would begin, according to a city official familiar with the plan.

Also uncertain is the possibility of breathing new life into the rail connection. If the MTA decides it’s something it plans to do, would the city be forced to change gears during the design phase, the official noted.

While Adams claimed the defunct railroad — abandoned in 1962 — would be converted into an elevated park, Queens City Council president Donovan Richards said he still wants the MTA to complete an environmental impact study to reactivate the transit line.

“This first phase does not prevent you from studying the rail link,” says Richards. “The government should certainly look at the EIA (environmental impact study).”

The abandoned line — called the Rockaway branch — runs for 5.5 miles between Howard Beach and Rego Park through one of the city’s largest transit deserts. A preliminary report published by the MTA in 2019 estimated it would cost $8.1 billion to reactivate the line, a figure inflated by transit proponents to sandbag the project.

The MTA has since pledged to go back to the drawing board — and transit officials have pledged to include the reinstated line in the agency’s next 20-year needs assessment, due to be published next year.

Andrew Lynch, chief designer of the QueensLink group, which wants to restore the line, said Friday’s announcement is just a speed bump for his group’s purpose.

“How many times have you seen the city build something only to tear it apart a few years later?” he said. “If Governor Hochul wanted to, she could order the MTA to do this.”

The city owns the land where the park would be built, but MTA officials have said the mayor’s plan does not prohibit the agency from reactivating the line.

Councilor Lynn Schulman has been pushing for years to turn the railroad into a park and described Friday’s announcement as the culmination of her efforts and those of her community.

“We are turning this historic plague into a true community amenity that will improve the quality of life for those who live, work and visit downtown Queens,” she said. “This is a historic moment.”