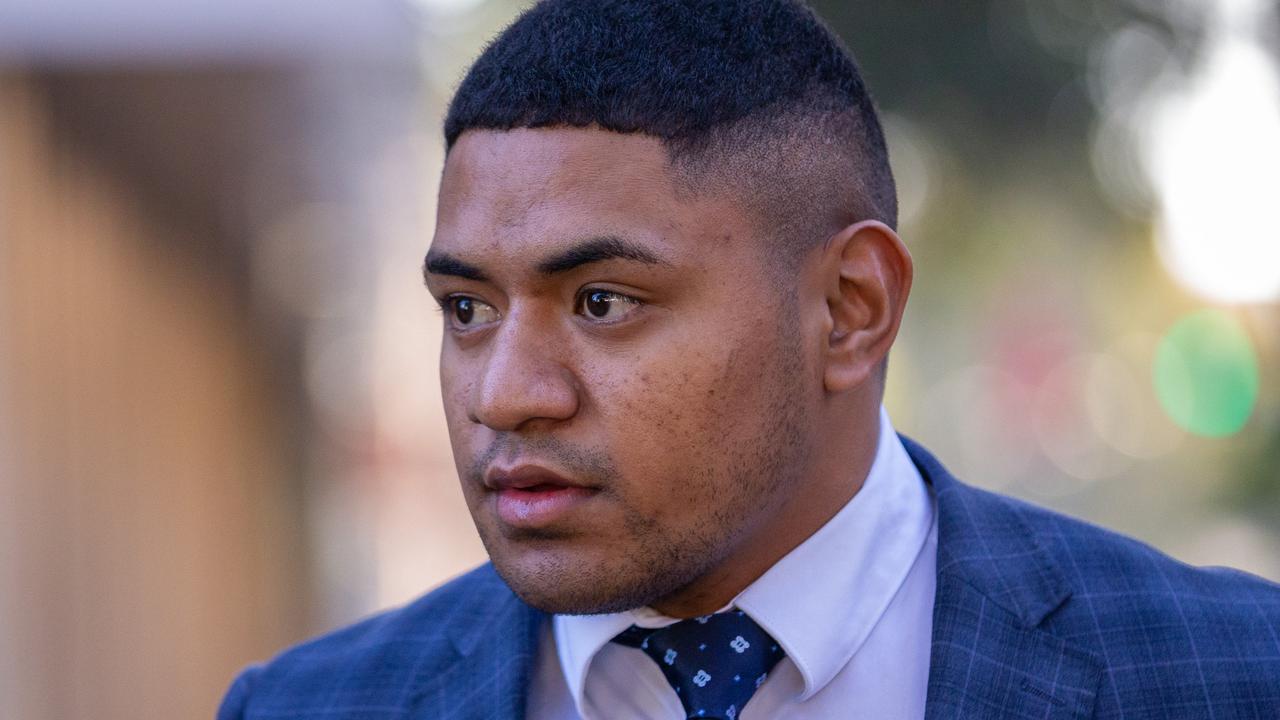 An eyewitness has told a court about the moment he says he saw NRL rising star Manase Fainu stabbing a steak knife in the back of his roommate outside a Mormon dance.

Tony Quach told the Parramatta District Court on Thursday that he saw the Manly Sea Eagles stab hooker Faamanu Levi during a wild and bloody brawl outside the Church of Jesus Christ of Latter-day Saints in Wattle Grove in Sydney’s southwest.

Mr Fainu, 24, has pleaded not guilty to one count of injuring a person with intent to cause grievous bodily harm, with his defense claiming he was not arguing with anyone involved in the October 2019 altercation.

Mr Levi previously told the court that he had spoken to two men earlier in the evening who were involved in an altercation on the dance floor in the venue before being escorted from the church grounds.

It is alleged that Mr. Levi and his friends were later attacked by a group of men in the parking lot as they stood around his white Honda Civic, preparing to leave.

Mr Quach told the jury that he saw four or five men approaching his friends.

“When you saw those men walking towards you, did you recognize any of them?” Early Crown Prosecutor Emma Curran.

“How did you recognize Manase?” Mrs. Curran asked:

“The qualities he had. So he had a sling,’ Mr Quach replied.

The court was previously told that Mr Fainu had undergone shoulder surgery at the time and had his left arm in a sling.

Mr Quach said he saw a “big dude” with a mullet, who was not Mr Fainu, challenging them to a one-on-one fight.

He said the “big man” punched Mr. Levi in ​​the face and he heard someone say “he has a knife”.

He said he saw a man holding a steak knife with his arm bent at a 90-degree angle.

“After you said ‘Stop it, get out’, what happened?” said Mrs Curran.

“I saw the knife being stabbed in Levi’s back,” Mr. Quach said.

“Who did you see stabbing the knife in Levi’s back?” asked Mrs. Curran.

“The suspect,” Quach said, adding that he had an unobstructed view of the attack.

Mr Quach told the court that he saw Mr Fainu go to the front of Mr Levi and cut him above the right eye.

He said he saw his friend scream in pain and fall to the ground as blood poured from his shoulder.

“Every time he breathed, a lot of (blood) flowed out,” said Mr. Quach.

Cross-examined by attorney Margaret Cunneen SC, Mr Quach said he knew Mr Fainu by face and that he was “very famous” at the time after seeing Instagram stories posted about the NRL by his friends.

But Ms Cunneen pointed to Mr Quach’s statement to police saying he “didn’t know” it was Mr Fainu at the time of the incident.

“After the incident, I realized,” said Mr Quach.