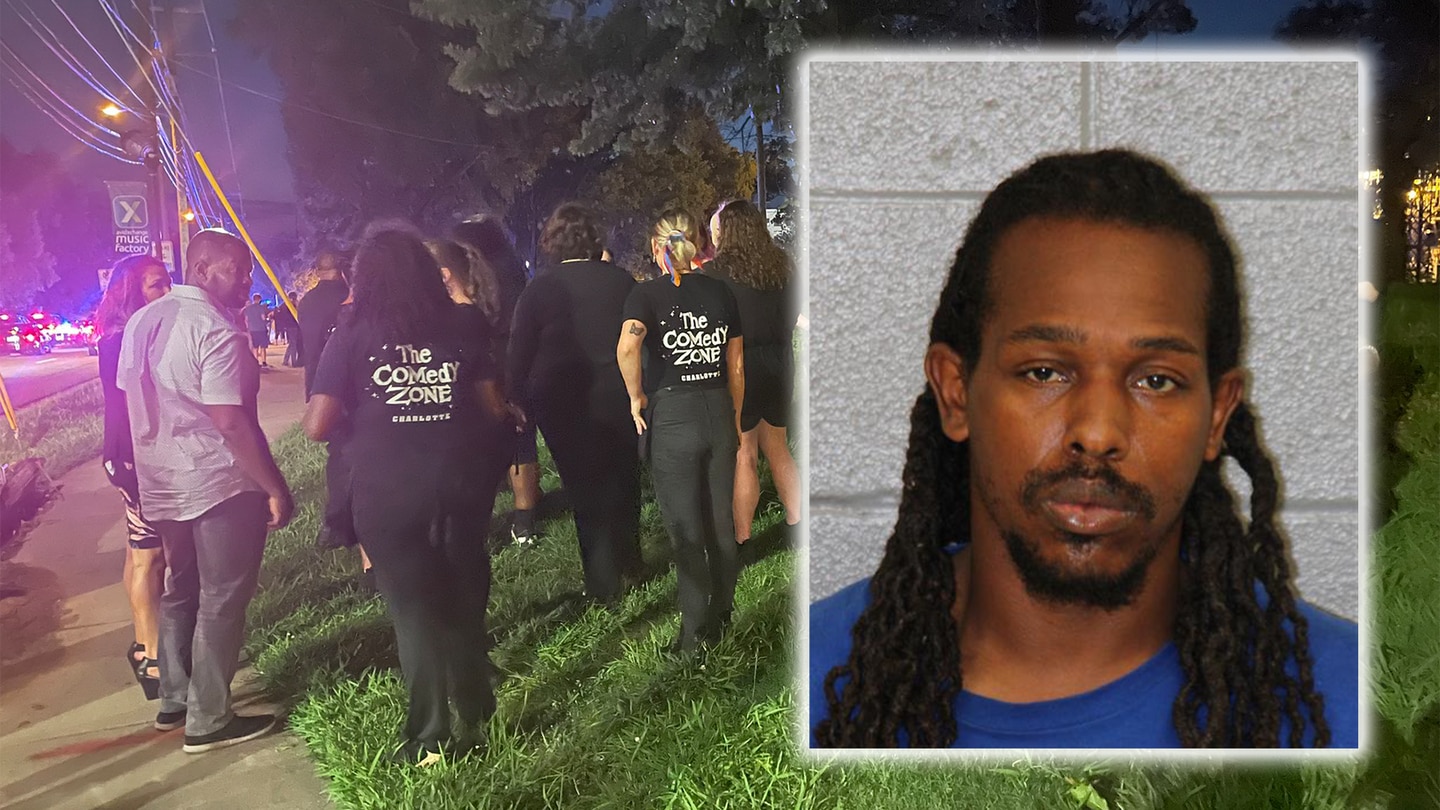 CHARLOTTE – Charlotte-Mecklenburg police have identified a man who was arrested Saturday night for allegedly firing a gun at a comedy club in uptown Charlotte.

Police said Omar James McCombs, 36, was charged with nine counts in connection with the incident.

No one was injured on Saturday, but the situation canceled the show at The Comedy Zone at the AvidXchange Music Factory, where comedian Craig Robinson was set to perform.

Staff told Channel 9 reporter Tina Terry that a man entered the club brandishing a gun and demanded that everyone leave the building. Workers said it happened around 9:10 PM

About 50 customers were inside and dozens more outside. Employees said they started running out the door. CMPD confirmed that after everyone was evacuated, McCombs allegedly fired that gun inside.

Officers said they found several victims upon arrival who said McCombs pointed a gun at them and threatened to hurt them.

Officers were able to quickly arrest McCombs and take him to CMPD headquarters.

McCombs was charged with five counts of assault by pointing a gun, one count of discharging a firearm within a fence to incite fear, and one count of possession of a firearm by a felon, among other charges. His bonds total $90,000, according to arrest records from the Mecklenburg County Sheriff’s Office.

Meanwhile, many people who were there on Saturday were just thankful that no one got hurt.

“I heard people were running out, even some of our colleagues couldn’t get in. They were confused,” said Serenity Sanders. “A lot of chaos. I’m glad it wasn’t a big deal, people could still come to the factory and enjoy their free time.”

It all happened about 30 minutes before a sold-out show with Robinson. Police said the show had been cancelled.

Robinson spoke for the first time Saturday night in an Instagram Live that he recorded after the scary situation.

“There’s an active shooter at the club I was at, so we had to run to this concert,” he said. Later: “It was just wild. I was in the green room, they said ‘everyone has to get out’.” It sure was wild.”

“Thank you to Comedy Zone security and staff for getting us to safety quickly. Thank you everyone for the massive support and get well wishes. Thank you CMPD for the swift action in arresting the shooter. Hopefully he gets the help he needs. Thank God no one got hurt. Please stay safe everyone.”

Chief Johnny Jennings echoed that sentiment, saying he was proud and grateful to all of the CMPD personnel involved in de-escalating the incident.

This is a story in development. Come back for updates.