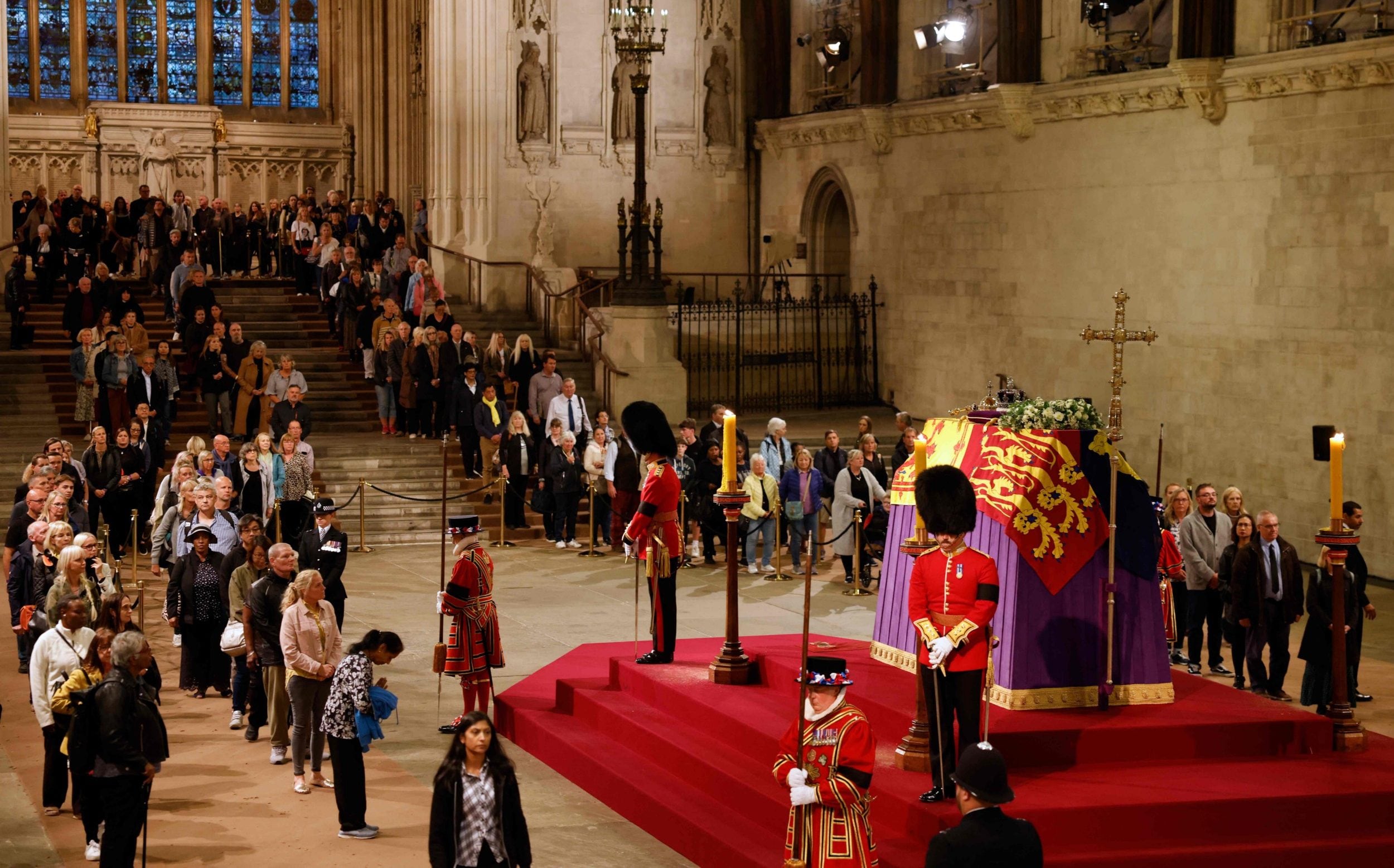 A man has been arrested after allegedly filing charges over Queen Elizabeth II’s coffin in Westminster Hall, it has been reported.

The person was reportedly brought to the ground by Metropolitan Police officers and arrested.

The Met told ITV: “At 10pm on Friday, September 16, agents from the Met’s Parliamentary and Diplomatic Protection Command detained a man in Westminster Hall following a disturbance. He has been arrested for a crime under the Public Order Act and is currently in custody.”

Viewers of the BBC’s live stream reported that the feed went down for 10 minutes.

Obviously, the line of mourners stopped for about 15 minutes, but has now started again.

Thousands of people have lined up — some for more than 24 hours — to pay tribute to the late Queen, whose coffin is in state until her state funeral on Monday.

On Friday, the King, Princess Royal, Duke of York and Earl of Wessex joined the audience in the hall as they held a vigil at their mother’s side.