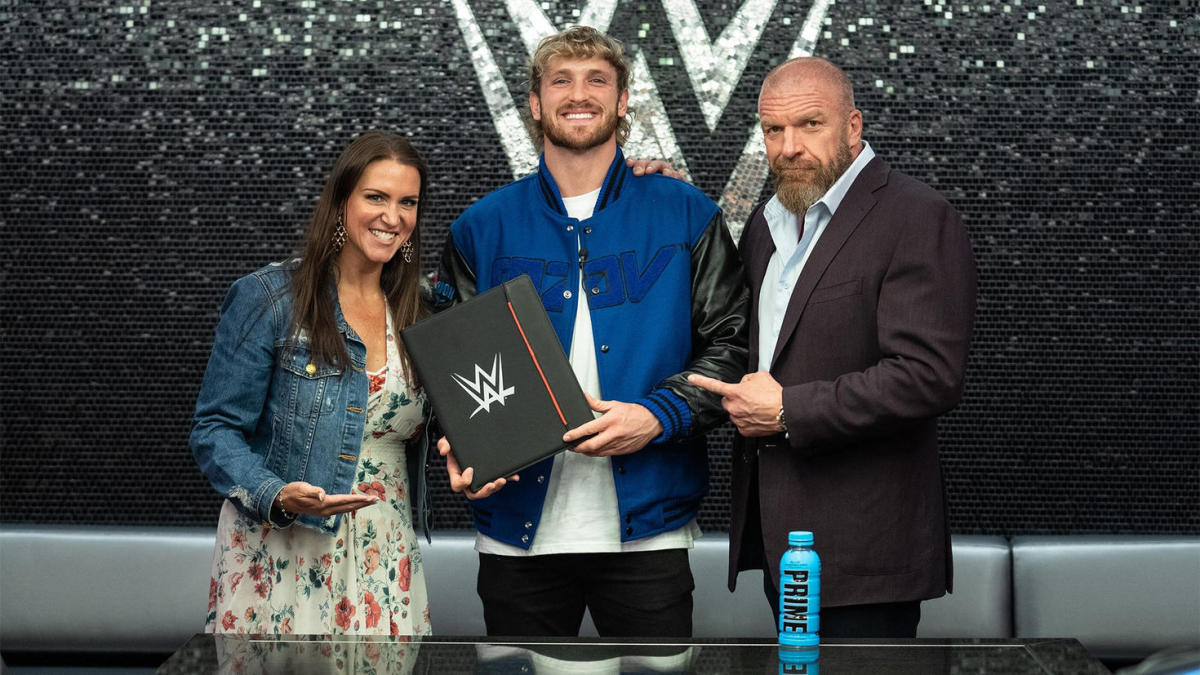 YouTube and celebrity boxing superstar Logan Paul is officially under contract with WWE.

Paul announced the news on Twitter and Instagram today, writing that he “just signed with the @WWE.” Paul posted pictures of himself at WWE headquarters with Stephanie McMahon and Paul “Triple H” Levesque.

Ariel Helwanic reports that Paul’s contract is a “multi-year deal to compete in multiple events per year.” It includes Paul appearing at an undisclosed number of WWE pay-per-views in 2022 and 2023.

Paul made his in-ring debut at WrestleMania 38 in April, teaming up with The Miz to defeat Rey & Dominik Mysterio. Paul also had a part in last year’s WrestleMania, where he got a blast from Kevin Owens.

The Miz turned on Paul after their match against The Mysterios at WrestleMania 38. In today’s announcement, Paul threatened that he would come for The Miz, seemingly setting up a match between the two for SummerSlam.

Paul had teased over the weekend that he was training for his return to the ring. On Raw this Monday, Miz claimed he and Paul would reunite their tag team at SummerSlam. Miz claimed he smoothed things out with Paul after WrestleMania, saying that attacking Paul was just a lesson.

Miz is set to appear on the “Today” show on NBC this Friday.

Paul said before his debut in the ring that – if all went well and it worked with his schedule – he could see himself a future in WWE beyond WrestleMania 38.