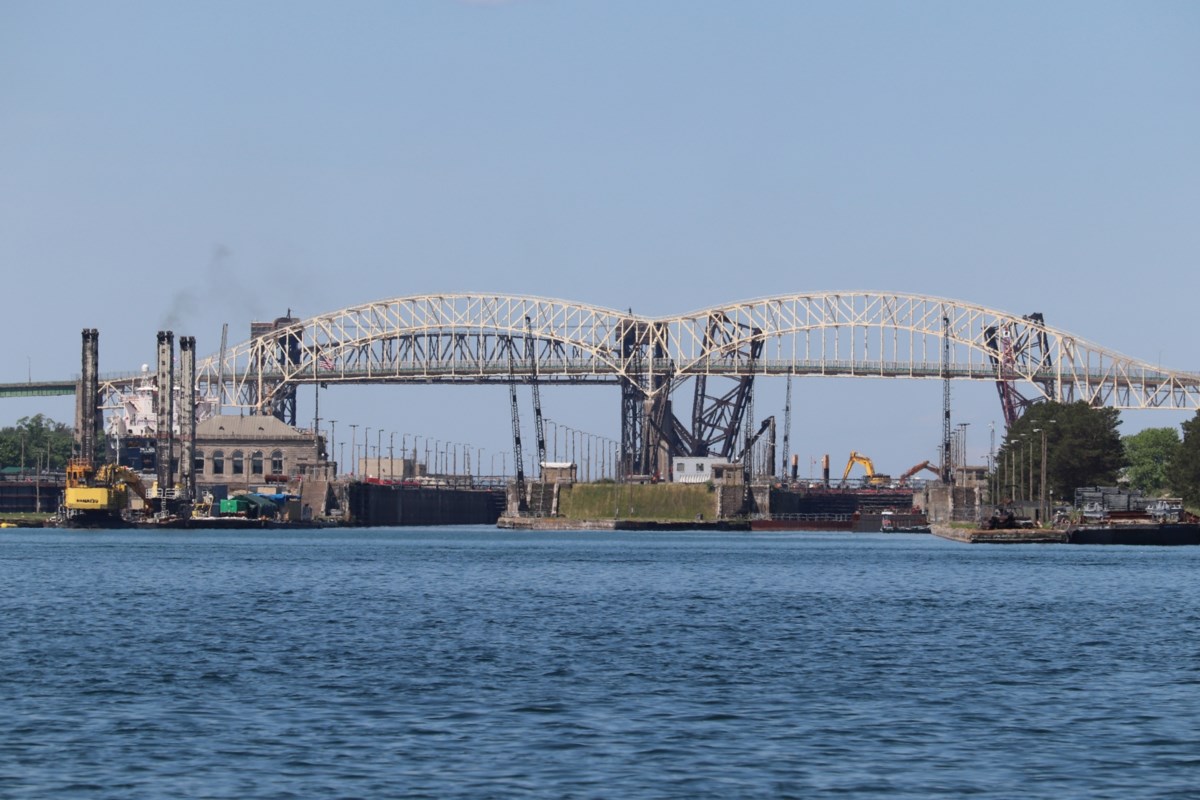 The cost of the new lock project reached $1,068 billion when the US Army Corps of Engineers, Detroit District announced a new contract for the third phase of the project.

Kokosing Alberici Traylor, LLC (KAT), headquartered in Ohio, will begin construction on the largest phase of the project this summer, a phase expected to take seven years to complete.

Following is a full release on the cost of the project, along with details of the ongoing build process:

US Army Corps of Engineers, Detroit District expects Phase 3 construction to begin this summer with the new lock’s $1,068 billion at the Soo Phase 3 contract award on July 1, 2022.

Kokosing Alberici Traylor, LLC (KAT), a joint venture headquartered in Westerville, Ohio, will begin construction of the largest phase, the new lock chamber and the restoration of the downstream entry walls. With this contract, the contractor can get to work. With continued funding, the remaining work, worth $803.95 million, could be awarded over the next three years. Corps of Engineers officials expect Phase 3 to take seven years to build.

“The Corps of Engineers is looking forward to begin construction on the new lock chamber later this summer, and we will continue to work hard to keep up the pace and make progress towards the completion of the overall project in Soo in the summer of 2030,” said New Lock at the Soo Project Manager Mollie Mahoney.

With Phase 1 nearing completion and Phase 2 slated for completion in the summer of 2024, the third phase of construction is a major milestone for the project. A major cost increase led to a five-month delay in contract awarding while the Corps of Engineers developed the necessary reports to deliver a new re-authorization cost estimate to Congress. The main causes of the cost increase are changing market conditions, inflation, a nationwide labor shortage, design changes and early estimation assumptions.

The changes in costs since the project’s approval in the US Water Infrastructure Act of 2018 are: Initial cost has been changed from $922 million to $2,932 billion and the fully funded cost of the project has been changed from $1,031 billion to $1,031 billion. 3.189 billion. The initial cost of the project is for the use of project authorization and is calculated in today’s dollars. The fully funded project cost allows for escalation through the middle of construction and anticipation of what the project will cost.

“We recognize that funding a larger amount for the new lock at the Soo is a challenge that could potentially lead to scheduling implications,” said District Deputy Engineer Kevin McDaniels. “The Corps of Engineers is working with industry and federal agencies to find collaborative solutions aimed at addressing the cost impacts on Corps of Engineers programs and projects across the country.”

The Soo Locks are located on the St. Marys River at Sault Ste. Marie, Michigan and allows ships to pass the 21-foot elevation change at the St. Marys Falls Canal. More than 88 percent of the freight tonnage through the Soo Locks is limited by ship size to the Poe Lock. This new lock project will build a second Poe size lock (110′ by 1,200′) on the existing decommissioned Davis and Sabin lock site.

A 2015 Department of Homeland Security study estimated that a six-month shutdown of Poe Lock would temporarily reduce U.S. gross domestic product (GDP) by $1.1 trillion, leading to the loss of 11 million jobs. This critical hub of the Great Lakes navigation system is essential to U.S. manufacturing and national security, the study says.

For more information about the New Lock at the Soo project, visit our website