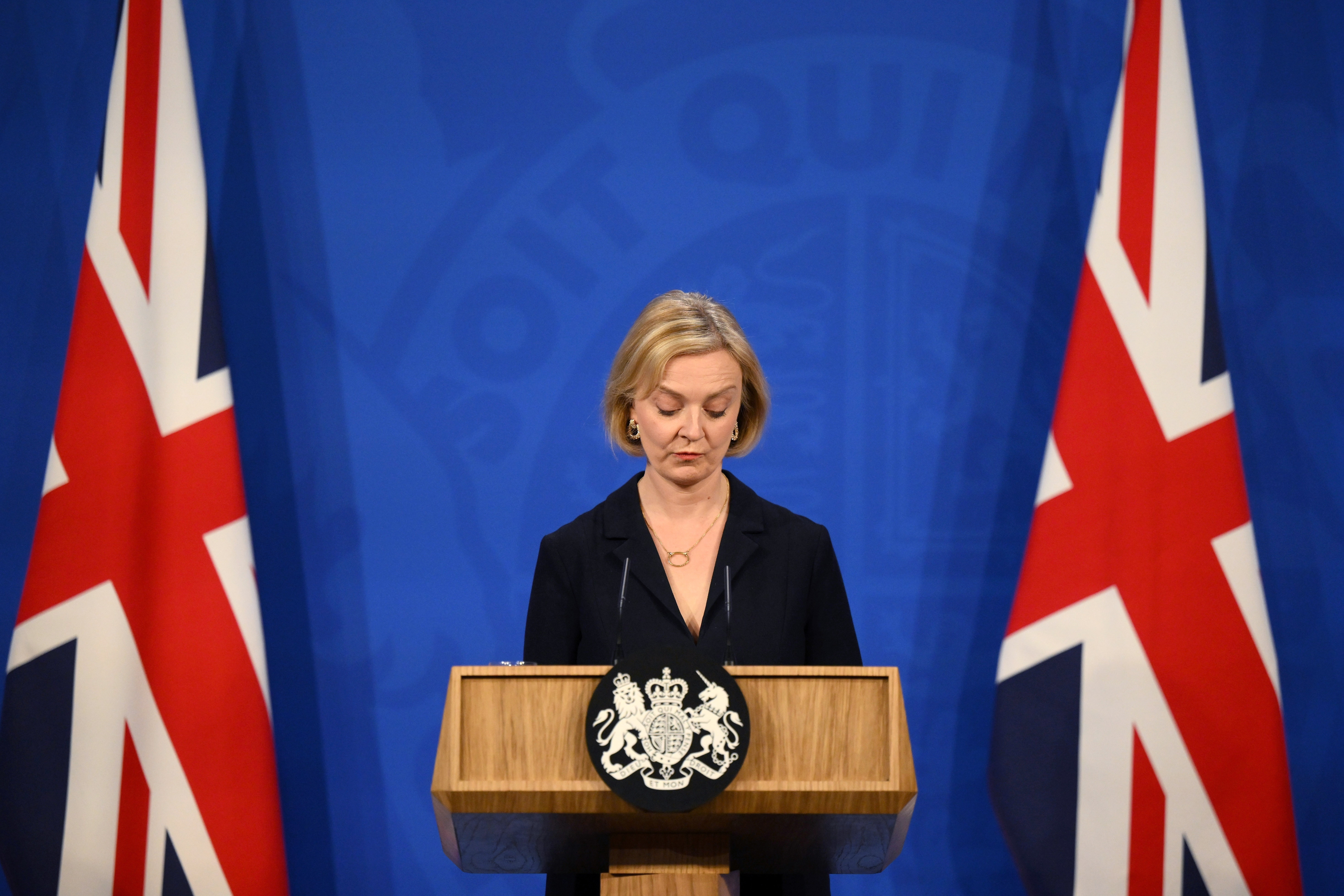 LONDON – Liz Truss has resigned as UK Prime Minister after a chaotic six weeks in office, saying she “cannot deliver the mandate” to which she was elected.

In a brief but dramatic televised statement broadcast outside 10 Downing Street on Thursday, Truss admitted she could no longer command her party’s support and that a swift Conservative leadership election will be held next week to choose her successor.

Truss’ resignation after just 44 days makes her the shortest-serving Prime Minister in British history – an extraordinary and unwelcome tag she could hardly have imagined when she was elected leader by Tory members on September 6.

But in less than two months in office, she caused a collapse in the financial markets, fired two of her most senior ministers, was forced into multiple policy changes and eventually lost the support of her own MPs.

Truss had had a disastrous start to her premiership after unveiling a radical economic plan of unfunded tax cuts on Sept. 23, which shocked financial markets, soared borrowing costs in the UK and sent her party’s polls to historic lows. went down.

Truss tried to contain her faltering government last week by firing her friend and chancellor, Kwasi Kwarteng, and replacing him with a central pick, her former leadership rival Jeremy Hunt. He immediately threw out her entire economic program in an effort to calm the markets and lower British borrowing costs.

But Truss’s premiership fell apart on Wednesday night amid chaotic scenes in the House of Commons, as party enforcers struggled to rally mutinous Tory MPs in a crucial vote. Earlier in the day, Truss was forced to suspend one of her closest associates and fired her Home Secretary, Suella Braverman, to the anger of her right-wing supporters.

The unrest prompted more Conservative MPs to go public with their demands for Truss to leave office, and dozens of others called for her to go behind the scenes.

Truss held crisis talks Thursday morning with Graham Brady, chairman of the powerful 1922 committee, which sets the rules for leadership competitions; Deputy Prime Minister Thérèse Coffey; and Conservative Party Chairman Jake Berry. Together they came to the conclusion that she could no longer command the support of her own MPs.

Brady told reporters in Westminster on Thursday afternoon that the plan, as agreed with Berry, was to complete the leadership election on October 28, meaning a new prime minister will be placed ahead of Hunt’s next major fiscal statement on October 31.

Brady said the “expectation” was that the Conservative Party is at the base — about 180,000 base members — will be included in the abbreviated selection process, although details of the process have not yet been set out.

The favorites to succeed Truss as prime minister include Rishi Sunak, the former British chancellor who last time had more support from Tory MPs than any other candidate, but who she defeated this summer in a vote of Tory members.

Also in the running are Secretary of Defense Ben Wallace, Leader of the House of Commons Penny Mordaunt and — incredible – former Prime Minister Boris Johnson, who remains wildly popular among members of the Tory party. Johnson, who left office last month, is currently vacationing in the Caribbean with his wife Carrie. Hunt has already ruled himself out.

Keir Starmer, the leader of the Labor Party, called for an immediate general election so that the British people could choose their next leader.

He told broadcasters on Thursday that “we can’t have a revolving door of chaos, we can’t have another experiment at the top of the Tory party. There is an alternative, and that is a stable Labor government. The country should have the right to have its say.”

This evolving story is being updated.