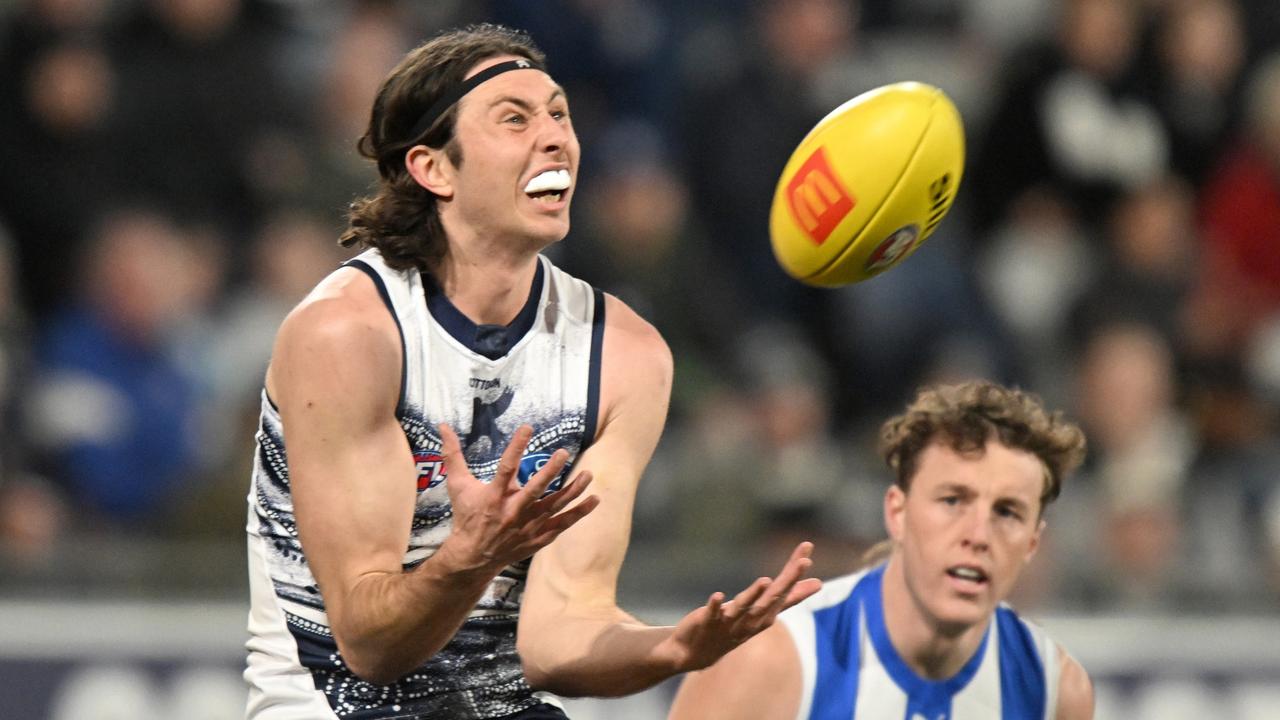 An in-form Geelong side will look to continue North Melbourne’s season of woes when it hosts David Noble’s matches at the GMHBA Stadium on Saturday night.

The Cats (10-4, 125.6%), one of the teams in the league to have won the past five consecutive games, welcome Gary Rohan and Patrick Dangerfield from injury but will be without Tom Stewart (suspension) and Joel Selwood ( managed)

Geelong was forced to make a late substitution, with Rising Star opportunity Sam De Koning having to withdraw due to a cork. Quinton Narkle came in the 22, while Shaun Higgins was called the medical sub,

North made no late changes on his side, with Phoenix calling Spicer the sub.

Dangerfield and the Cats; Really couldn’t have asked for a better start, with the returning superstar exploding out of the gap in the middle and launching a goal from outside 50 to kick a goal.

Dangerfield’s 13-second goal was the seventh fastest goal in an AFL game since 2002, according to Oliver Gigacz.

The Cats held their momentum minutes later as Mark Blicavs floated forward to mark and score, before Brad Close turned it into three unanswered majors.

Meanwhile, the Roos suffered a devastating double injury, with a desolate Aaron Hall dropping out of the game after appearing to have suffered a serious soft tissue injury. Minutes later, Kayne Turner was in a world of pain after she inadvertently punched an inadvertent shoulder to the face courtesy of Blicavs while also twisting his ankle. He was very drowsy when assisted from the ground by the trainers.

North fans finally had a reason to smile late in the season, improve their ball movement and kick their first goal through Paul Curtis.

This match kicks off at 7:25 PM AEST from the GMHBA Stadium.

Follow Geelong v North Melbourne in our live blog below!