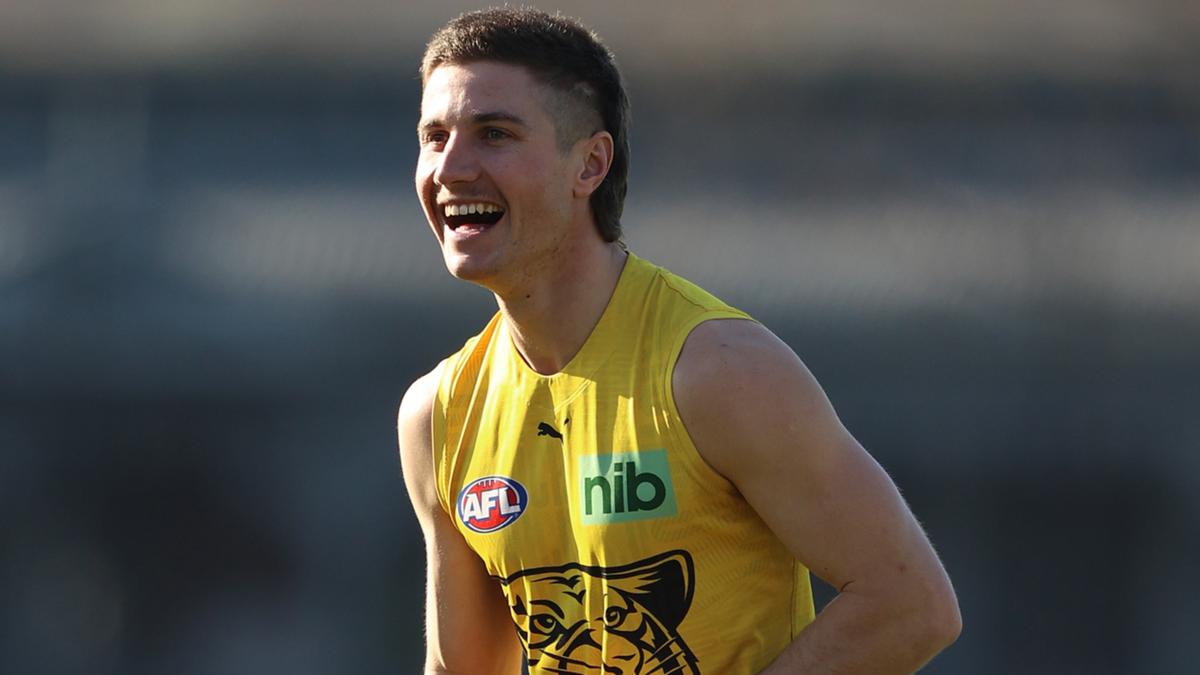 West Coast has missed one of their big goals for this year’s trading season, with Richmond livewire Liam Baker re-signing with the Tigers for the next two seasons.

The Western Australian had been associated with the Eagles all season, but the 24-year-old has turned his back on a return home until late 2024 to shine with the Tigers.

Baker was drafted by the Tigers as a rookie ahead of the 2018 AFL season and played in two premierships for the club, finishing behind Dylan Grimes in last year’s Jack Dyer Medal, the club’s best and fairest.

It was widely reported that the Eagles were interested in Baker for his versatility and energy as they look to rejuvenate their roster after a disastrous 2022.

Baker is building a best season of his career with the Tigers, with coach Damien Hardwick calling the pocket rocket “a superstar”.

“Liam is an important player for us both on and off the field,” he said.

“He is very popular with players, staff and coaches, makes an outstanding contribution to our culture and is an important part of our future.

“Liam has worked extremely hard since joining the club as a rookie squad from Western Australia and has been rewarded with individual and team success.

“We look forward to seeing Liam continue to grow as a footballer, leader and person over the next two years and beyond.”