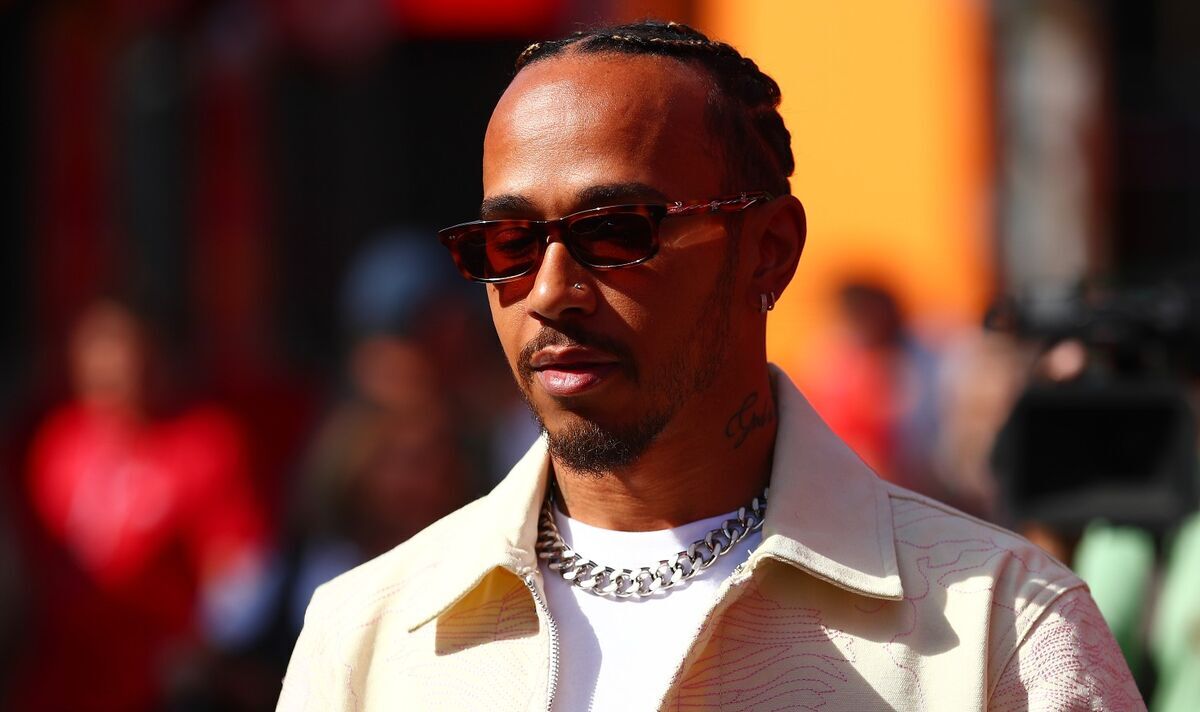 Lewis Hamilton faces being banned from racing this weekend at the British Grand Prix due to the FIA’s tough stance on drivers wearing jewelery when behind the wheel. The 37-year-old is known for regularly wearing a nose stud and earrings during races and has objected to the FIA’s decision to back up their firm opinion on the matter over the course of this season.

Hamilton had to take off his earrings at the Miami Grand Prix earlier this year but claimed he was unable to remove his nose stud because the hole was closed so tightly it was impossible to do so. The FIA ​​gave him a deadline to resolve the matter, which ends on Thursday, meaning he could be sensationally banned from Silverstone if he doesn’t follow the rules.

The Mercedes driver was initially given a medical exemption for two races which covered him until the Monaco Grand Prix, after which an extension was agreed by the relevant parties. If Hamilton decides not to remove his nose stud when he goes to the cockpit for FP1 at Silverstone on Friday, he could be banned from racing until he is able to remove his jewelry in the worst case scenario.

However, a number of alternative options will be available to the stewards, including reprimands or fines. It remains to be seen whether Hamilton will be able to comply with the FIA’s demands or face the unfortunate prospect of being prevented from racing at his home grand prix when the track action kicks off on Friday.

Hamilton is not the only driver on the F1 grid to regularly wear jewellery, but he is certainly the most talked-about and has been suggested by many onlookers that he is specifically the target of the FIA’s harsh take on the rule, which has led to being present for nearly 20 years. He recently criticized the organization’s stance on drivers wearing jewelry by insisting it was blown out of proportion before admitting he would be willing to make a compromise that would suit all parties.

“I almost feel like it’s a step backwards,” Hamilton told reporters at the Miami Grand Prix. “When you think about the steps we are taking as a sport and the more important things and causes that we need to focus on, I think we have made such great strides as a sport. [but] this is such a small thing.

“I’ve been in the sport for 16 years, I’ve been wearing jewelry for 16 years. In the car I only have my earrings on and my nose ring, which I can’t even remove. We think it’s unnecessary to die in this fight.

“I will try to communicate and cooperate with Mohammed” [Ben Sulayem, FIA president]I’m here to be an ally to the sport, to Mohammed and to Formula 1, and I think we need to fry bigger fish, have bigger things to do, have more impact, so I think that’s where the focus really should be.”