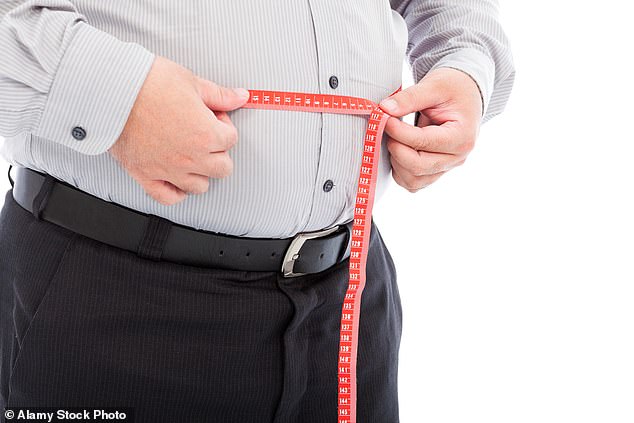 Less than 7% of Americans have good heart health – with minorities and less educated people suffering the most, research shows

By Mansur Shaheen US Deputy Health Editor for Dailymail.Com

Researchers from Tufts University in the Boston area, Massachusetts, found that only seven percent of Americans have good cardiometabolic health.

Though disturbing, the findings aren’t surprising given that the average American’s ill health has been well-reported for years, making it one of health officials’ biggest puzzles to solve.

What is surprising is the level that some social determinants play in a person’s heart health, with people with lower education or ethnic minorities more likely to have poor health.

Only 7% of Americans are in optimal heart health, a new study shows, with increases in obesity and diabetes found to be at best wrong (file photo)

“These numbers are striking. It is very problematic that in the United States, one of the richest countries in the world, less than 1 in 15 adults has optimal cardiometabolic health,” said Meghan O’Hearn, a doctoral candidate at Tufts and lead author of the study, in a statement. pronunciation.

“We need a complete overhaul of our health care system, our food system and the built environment because this is a crisis for everyone, not just one part of the population.”

Researchers, who published their findings Monday in the Journal of the American College of Cardiology, collected data from 55,000 people aged 20 or older from 1999 to 2018 for the study.

The most recent ten cycles of health and nutrition research were analysed.

Each participant’s data was evaluated for five major components of health, blood pressure, blood sugar, cholesterol, whether they were overweight and how much, and the development of cardiovascular disease.

Only seven percent of American adults were in an optimal place in all five categories.

In both the blood sugar and overweight category, the rates got significantly worse over the two-decade period from which the data was collected.

This is also a widely recognized trend by health officials in the US. According to data from the Centers for Disease Control and Prevention (CDC), nearly half of Americans are obese and more than 70 percent are overweight.

The CDC also reports that more than one in 10 Americans also has diabetes.

Both numbers have shifted rapidly upwards since the turn of the century, mainly due to poor dietary habits and the number of Americans who are sedentary.

Heart disease is also the number one killer of Americans, even holding the title during the COVID-19 pandemic.

“This is a health crisis that we’ve been dealing with for a while,” O’Hearn said.

What researchers were amazed at was when they broke down the data by race and education level.

They found that low-skilled adults were only half as likely to have optimal heart health as their more scientific peers.

While small, the number of white Americans with good heart health actually rose from 1999 to 2019, while there were declines among Mexican Americans, Hispanics, and black people.

“This is really problematic,” Dr Dariush Mozaffarian, author of the study and dean at Tufts, said in a statement.