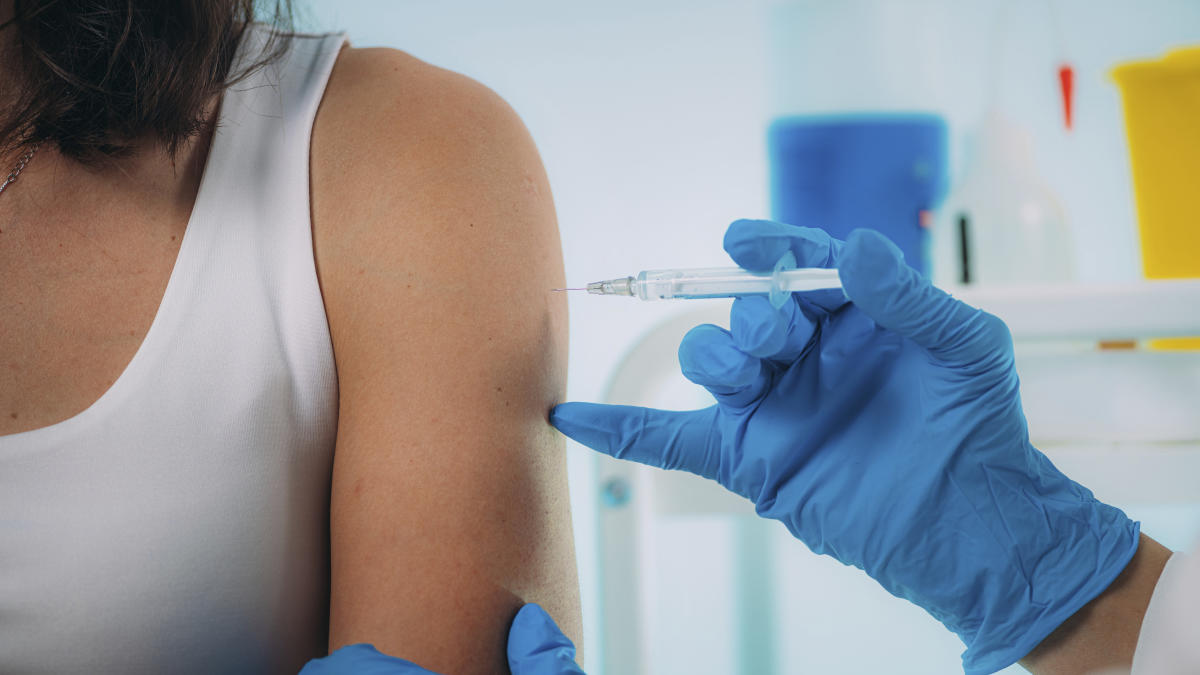 Nearly half of participants in a recent study who were regularly menstruating at the time of the study reported increased bleeding during their periods after receiving the COVID-19 vaccine. Others who normally didn’t menstruate — including transgender men, people on long-acting contraceptives, and postmenopausal women — also experienced unusual bleeding.

The new study — the largest to date — expands on research that has revealed the temporary effects of COVID-19 vaccines on the menstrual cycle, but has so far focused mainly on cisgender women who are menstruating.

While the vaccines have largely prevented deaths and serious illnesses with few reported side effects, many medical experts initially brushed aside their concerns when women and people of opposite sex started reporting irregular menstrual cycles after receiving the injections.

Sign up for the New York Times’s The Morning Newsletter

To better understand these post-vaccination experiences, researchers from the University of Illinois at Urbana-Champaign and Washington University School of Medicine in St. Louis distributed an online survey to thousands of people around the world in April 2021. world. After three months, the researchers collected and analyzed more than 39,000 responses from people aged 18 to 80 about their menstrual cycle. All survey respondents were fully vaccinated – with the vaccines from Pfizer-BioNTech, Moderna, Johnson & Johnson or any other vaccine approved outside the United States. And to the best of their knowledge, the participants had not contracted COVID-19 before being vaccinated.

The study, published Friday in the journal Science Advances, found that 42% of people with regular menstrual cycles experienced heavier bleeding after vaccination, while 44% reported no change and 14% reported lighter periods. In addition, 39% of respondents who received gender-confirming hormone treatments, 71% of people who used long-acting contraceptives and 66% of postmenopausal women experienced breakthrough bleeding after one or both injections.

“I think it’s important for people to know this can happen, so they’re not scared, they’re not shocked, and they’re not getting caught without supplies,” said Katharine Lee, a biological anthropologist at Washington University School of Medicine in St. Louis and the study’s lead author.

However, Lee cautioned that the study did not compare the results with a control group of people who were not vaccinated. And it’s possible that people who noticed changes in their cycles after vaccination were more likely to participate in the study. Still, the findings are consistent with smaller studies that have reported menstrual changes after vaccination with more robust controls.

Importantly, the new study also found that some demographics are more likely to experience menstrual changes, and the study may help them be better prepared, Lee said. For example, heavier periods were more likely for those who were older. Survey respondents who used hormonal birth control, were pregnant in the past, or had been diagnosed with a reproductive disorder such as endometriosis, uterine fibroids or polycystic ovarian syndrome were also more likely to experience increased bleeding during their periods. People who identified as Hispanic or Latino tended to report heavier bleeding as well. And people who experienced other side effects from the vaccines, such as fever or fatigue, were also more likely to have irregular periods.

Postmenopausal women who were slightly younger, around an average age of 60, were more likely to have breakthrough bleeding after the vaccine than women who were older. But the type of vaccine postmenopausal women received, whether they had other side effects such as fever or whether they had a previous pregnancy, seemed to have no effect on their bleeding.

Why are these changes taking place?

Some degree of variation in menstruation – the number of days you bleed, the heaviness of your circulation and your cycle length – is normal.

“Our menstrual cycles are not perfect clocks,” said Dr. Alison Edelman, a professor of obstetrics and gynecology at Oregon Health & Science University who has also studied the effect of COVID-19 vaccines on menstruation.

Hormones secreted by the hypothalamus, pituitary gland and ovaries regulate the monthly cycle and can be influenced by both internal and external factors. Stress and illness, weight loss or weight gain, calorie restriction, and vigorous exercise can all alter typical menstrual patterns.

The endometrium, which lines the uterus and is shed during menstruation, has also been linked to the immune system. Because of the role it plays in remodeling uterine tissue and providing protection against pathogens, it’s possible that when vaccines activate the immune system, which they are supposed to do, they also somehow cause downstream effects in the endometrium. which causes a disturbance. in your menstrual cycle, Edelman said. And some individuals may be more sensitive to immune or hormone changes in their bodies.

In her research, Edelman found that some women’s periods came a day or two later than usual after they were vaccinated against the coronavirus. But the changes were temporary — menstruation tended to return to normal after one or two cycles.

What to do if you notice irregular periods after the COVID vaccine?

If you experience new or unusual bleeding patterns, keep an eye out for them. The menstrual cycle can be seen as another vital sign, just like your body temperature or blood pressure, which provides clues about your health, said Dr. Jennifer Kawwass, a reproductive endocrinologist at Emory University, who was not involved in the study.

“A significant change in menstrual cycle interval or bleeding profile warrants further investigation to ensure there is no underlying endocrinological, haematological or anatomical cause,” Kawwass said. For example, breakthrough bleeding in people who normally stop menstruating can also be a warning sign of cervical, ovarian, uterine or vaginal cancer.

That said, subtle variation in your menstrual cycle, having regular periods shouldn’t be a cause for concern and doesn’t require you to change anything you normally would, Kawwass said.

Clinical trials and other studies have already shown that the COVID-19 vaccines are safe, effective and unlikely to affect long-term fertility.

Do you have to get vaccinated at some point in your cycle?

Experts agree that the chaos that COVID-19 can cause throughout your body, including possible lingering effects, is far worse than any of the side effects caused by vaccination against the disease.

People who have previously developed a fever after an injection can schedule their next dose on a day when they don’t have to go to work, Edelman said. But temporary changes in menstruation shouldn’t stop you from getting fully vaccinated or boosted. As the number of cases rises again, delaying vaccination for two weeks or more could significantly increase the risk of contracting COVID-19, she said.

Still, it’s important to monitor your body’s response to vaccination, and public health officials should acknowledge their concerns about menstrual cycle variations and warn people about the risk of contracting COVID-19, said Keisha Ray, a bioethics expert at McGovern. Medical School at UTHealth Houston.

The greater transparency around menstrual changes or other side effects of vaccination may also have another benefit: reducing people’s hesitation to vaccinate.

‘We try to be honest. We’re trying to validate people’s lived experiences,” Lee said. In turn, she hopes the new research will help improve conversations about people’s health and lead to more inclusive clinical trials in the future.