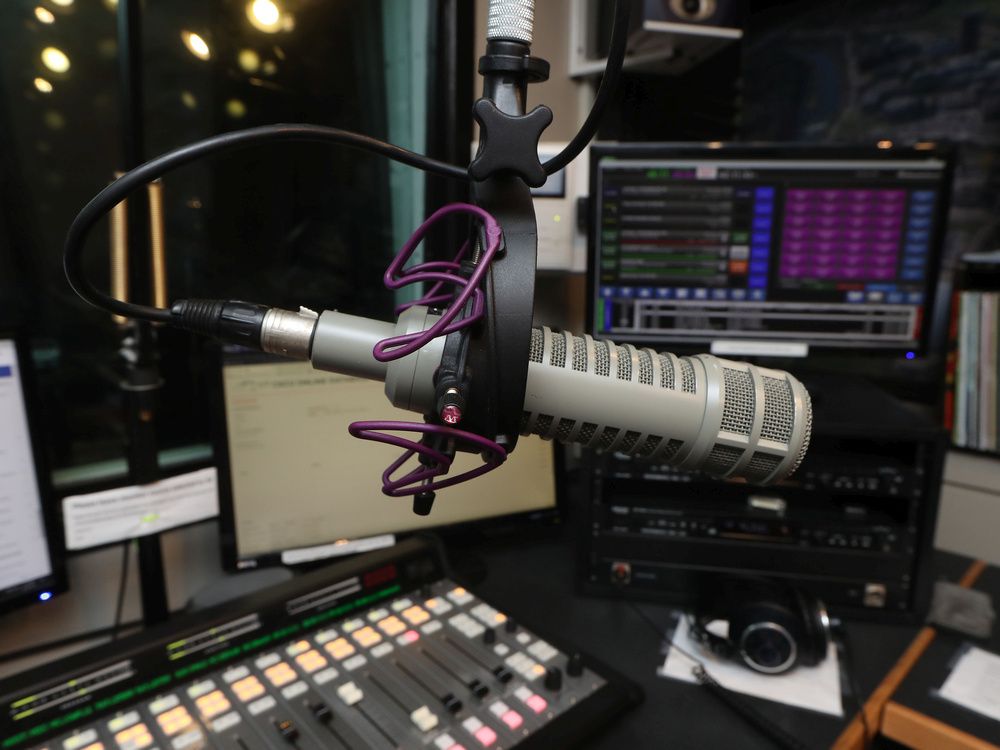 The 104.9 FM station, owned by Rogers Sports and Media, started playing the rap metal song Killing in the Name in the morning and hadn’t stopped by early afternoon.

When a listener called with a request for another song, a DJ ignored it and stuck with the one-song playlist.

This comes a day after popular morning hosts Kevin Lim and Sonia Sidhu announced their departure from the station after more than five years. Afternoon host Tara Jean Stevens also said she will be heading to another opportunity soon.

“KiSS is changing and unfortunately we have been informed that we will not be part of this new chapter,” Lim and Sidhu said in their latest broadcast and in a social media post on Tuesday.

(WATCH) For anyone who asks, here’s our latest farewell announcement on KiSS RADiO, explaining what happened and what’s next for us.

Thank you for your support today. It means the world.@KevinLimOnAirhttps://t.co/asU9xHlSAa

A special announcement! I have officially enjoyed my last show on KiSS RADiO. I can’t wait to share the news of my exciting new opportunity in the coming weeks. pic.twitter.com/Zm7mLTmha1

They expressed their thanks to the listeners and their management team at the station.

Wednesday morning, some people speculated whether the choice of music — an abuse of power protest song released in 1992, a year after Rodney King was beaten up by police officers in Los Angeles — came from rogue employees who made a statement.

Rage Against the Machine’s Tom Morello retweeted a local fan’s suggestion that it may have been related to the staff changes.

But it can also be a stunt to signal a shift in format.

Sources suggested that in addition to the DJs who announced their departure from the station on Tuesday, a number of other employees have been fired. New hires were also spotted around the control room in Vancouver’s Ash Street offices.

Our apologies, but this video cannot be loaded.

The station is also unlikely to be run by rogue employees, as modern radio stations can be operated remotely from the company’s headquarters, such as in early 2021, when Bell Media executives in Toronto took control of the operation of the TSN 1040. shortly before announcing the station’s staff in Vancouver were laid off.

Conversations in the local radio industry also suggested that the station be rebranded as Sonic, similar to Rogers’s FM station in Edmonton, which plays a modern rock format.

In 1992, a Milwaukee, Wisconsin station played REM’s It’s the End of the World for an entire weekend as a harbinger of the station’s switch to a hard rock format.

Postmedia contacted Rogers Sports and Media regarding the future of the station and the choice of track on the loop.

In an emailed response, a spokeswoman revealed some details, saying only that “we will have more details to share with you tomorrow morning about plans for 104.9 FM in Vancouver.”

† with files from Patrick Johnston

More news, less ads: Our in-depth journalism is possible thanks to the support of our subscribers. For just $3.50 a week, you get unlimited, ad-lite access to The Vancouver Sun, The Province, National Post, and 13 other Canadian news sites. Support us by subscribing today: The Vancouver Sun | The province.

Sign up to receive daily news from the Vancouver Sun, a division of Postmedia Network Inc.

The next issue of Vancouver Sun Headline News will be in your inbox soon.