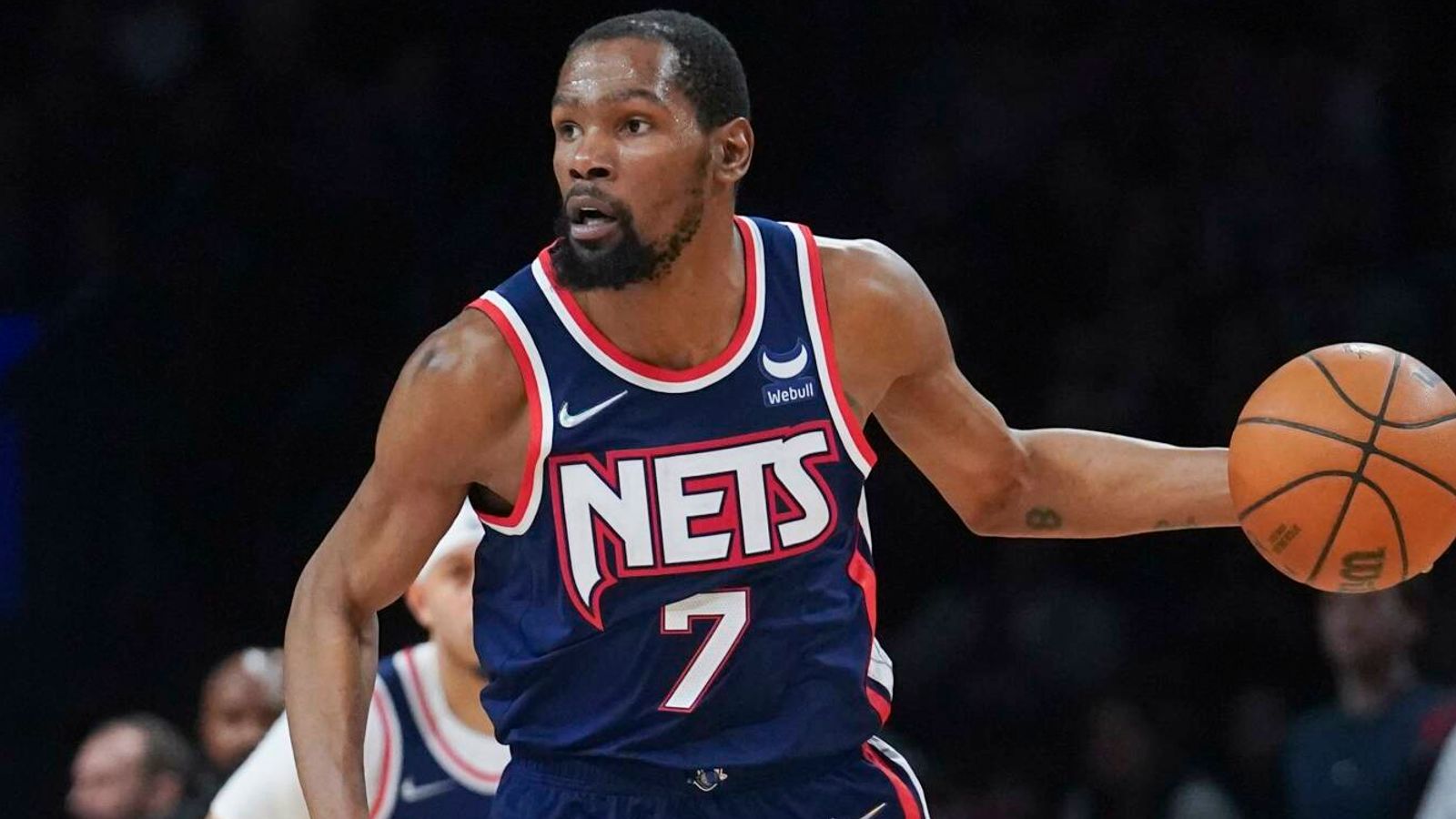 Kevin Durant has requested to be traded away from the Brooklyn Nets.

Nets GM Sean Marks is now working with Durant and his business manager Rich Kleiman to find a trade for the franchise star.

ESPN’s Adrian Wojnarowski and the athletic‘s Shams Charania both reported the news and it is clear that Durant made the request directly to Nets owner Joe Tsai earlier on Thursday.

Wojnarowski reported that Durant and his close friend and teammate Kyrie Irving had no contact with the franchise after Irving opted for his deal on Monday, and “there was a sense of inevitability that Durant would eventually ask for a trade.”

News of Durant’s request comes hours before the NBA Free Agency kicks off at 11 p.m. Thursday night, and just days after his fellow Brooklyn star, Irving, took his contract for the 2022-23 season.

Irving had until Wednesday to notify the Nets of his opt-in decision. It closes out an element of the ongoing saga about the future of Irving, which has been one of the biggest storylines as the competition prepares for the start of free agency.

Durant and Irving are very close and came to the Nets together in July 2019. Durant signed his own extension last summer, but had Irving not stayed with the franchise next season, it could certainly have left Durant thinking about his own future in Brooklyn.

Now Brooklyn faces another headache trying to relieve Irving as well, while the point guard presumably wants to leave now too. He may have chosen it, but there was no way Irving would accept a $31 million pay cut — from the $37 million in his player option to about $6 million available in the exception for mid-level players of a team.

However, it can get even more complicated. Irving can still have his contract extended before the free agency starts. Also, the Nets can still trade him – and in fact teams may be more interested in a deal now that Irving has an expiring contract.

So while Thursday’s issue is about Durant, the issue of the Nets is now very twofold.

What could have been…

Durant joined the Nets in the summer of 2019 via a sign-and-trade deal and signed a contract extension with the team last summer, through the 2025-26 season. When he signed that extra time, the Nets still had the biggest “Big Three” in the NBA with Durant, Irving and James Harden.

The latter’s departure to the Philadelphia 76ers marked the beginning of the end, with the trio only playing 16 games on the court during their time together.

The Nets finished 44-38 last season and were considered dangerous against the top teams because of Durant and Irving.

In their tumultuous season, Irving missed 53 games because he was not vaccinated, Harden forced his way to Philadelphia, Joe Harris had to undergo multiple surgeries on his injured ankle, and Ben Simmons was unable to play after he arrived. The Nets had to qualify for the playoffs through the Play-In Tournament, and they were the only team to be swept from the first round, beating the Eastern Conference champions Boston Celtics.

With Durant, Irving and Harden, the Nets were expected to be the last team left, but instead they were the first team to be sent off. After their playoff exit, the Nets recognized that all their distractions off the field kept them from becoming a great team on the field.

“We had our expectations. Everyone had expectations for us,” Durant said in April. “A lot of things have happened all season that have derailed us, but I’m proud of how we just kept fighting and kept the faith and tried to work towards something every day.”

Where now for Durant?

With the four-year guarantee on his contract, many teams will be willing to unload assets for Durant, and the Nets are expected to demand a historic run of draft picks to move one of the NBA’s top stars. A three-tier top scorer and top-tier defender, Durant is one of the most valuable trading assets to ever hit the market.

ESPN reports that the Phoenix Suns and Miami Heat are two teams that Durant has at the top of his wish list, but the Nets plan to move Durant to a place where they can get the best deal possible.

The Suns have a valuable piece for a rebuild in Deandre Ayton at a good age and that could make it a very interesting candidate for the Nets. No doubt the Nets will prioritize choices after giving away most of them while assembling their Big Three.

Other teams to consider are the OKC Thunder, given the ridiculous amount of picks they have to trade, the Memphis Grizzlies and New Orleans Pelicans, both of which have a combination of young talent and picks. Whether any of these teams feel KD fits their roster or timeline remains to be seen.

It’s going to be very interesting to see where this whole situation ends.

One thing’s for sure, the free agency just lit an absolute firecracker underneath, before opening at 11pm on Thursday night.

The live basketball continues with WNBA action on Sky Sports this week, subscribe to watch the live games†