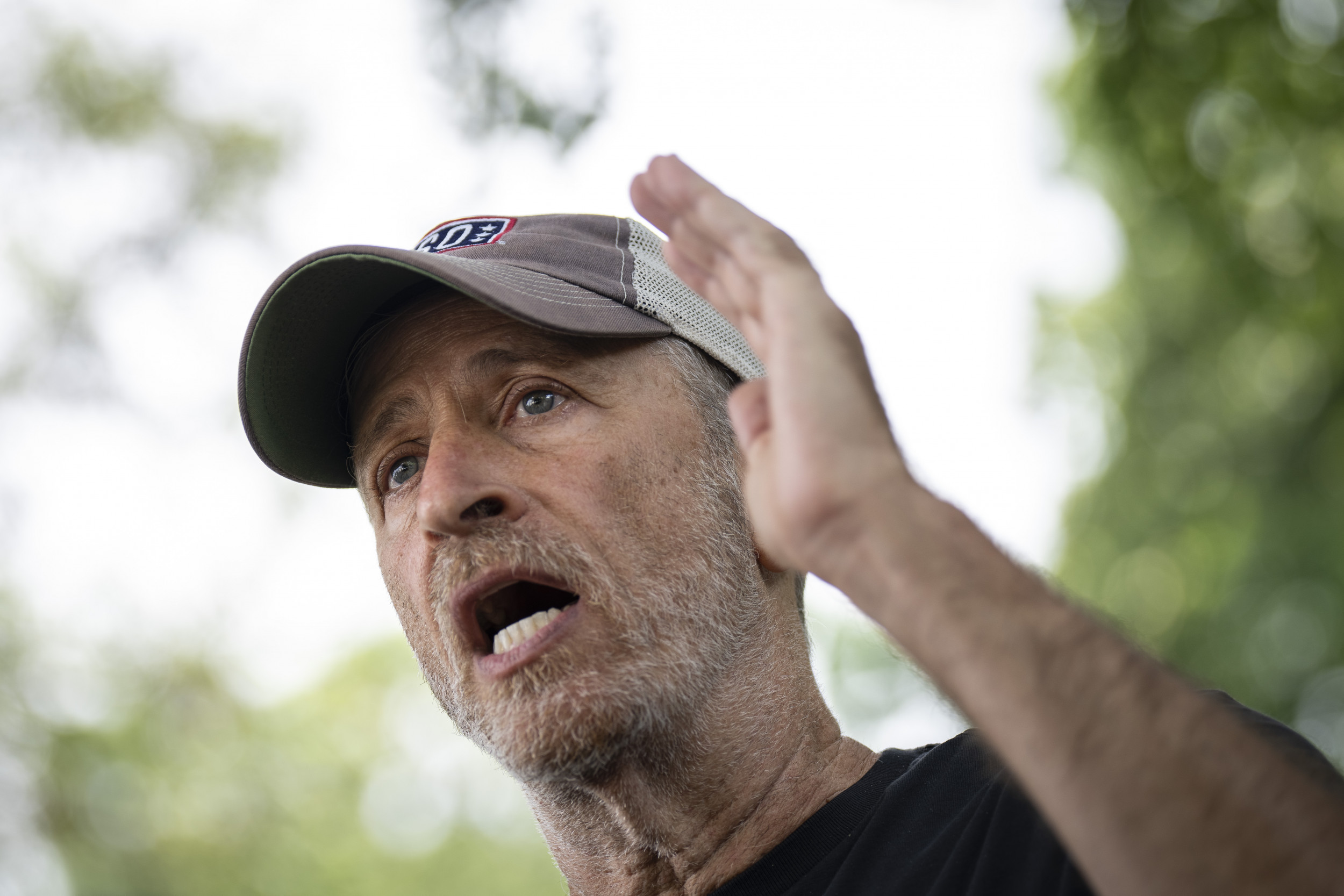 A battle of words between Jon Stewart and Republican Senator Ted Cruz over veterans’ health care has intensified, with the comedian accusing the Republican politician of “gathering the forces of misinformation to try to kill more vets.”

The dispute began when many Republican senators refused to support the PACT bill, which was introduced to provide health care to millions of military veterans exposed to toxic fire pits while on duty.

As a result, the bill, which began as bipartisan, fell five votes short of the 60 it took to pass the Senate.

Republicans argued that Democrats had amended the bill to increase spending in other areas, with Cruz accusing the party of “exploiting veterans” to “provide $400 billion in discretionary spending unrelated to veterans.”

After the bill failed, Stewart, an outspoken supporter of military veterans, attacked Senate Republicans in an expletive outside Congress.

Cruz responded to the comedian with a 1.59-minute video on Twitter, in which he said he would support the bill if a Democrat “accounting gimmick,” which he claimed could lead to an additional $400 billion in spending, is introduced. deleted.

Stewart hit back, tweeting: “Ah dear Theodore. I appreciate you and Jesse Watters trying to muster the forces of misinformation to try to kill more vets…but not tonite sweetie.

“Show everyone where in the Pact Act is this $400 billion blank check or unrelated expenses that have been added/creeped in…OR show section 805c of the actual bill that explicitly states what the Toxic Exposure Fund can are used.

“Show everyone what was added to/created into the Pact Act that YOU voted for on June 16, turning you into No in July. Be specific. Or were you for the bill before you opposed it Senator Kerry.

“Nobody is playing politics with the Pact Act except you, Toomey and your band of merry monsters. Stop messing around and pass the bill you already took. Thanks for coming to my Ted Cruz lecture.”

Until the mid-2010s, the U.S. military had a policy of burning waste in war zones, including chemical waste and human feces, in large pits.

This has since been linked to serious health problems in veterans, including cancer and respiratory diseases.

During his earlier address to Stewart, Cruz said, “When it comes to the PACT Act, I support the PACT Act.

“The problem here is that in this bill the Democrats put an accounting gimmick where they took $400 billion in discretionary spending, shifted them to mandatory spending.

“The reason they did that is it created a $400 billion hole in new discretionary spending. They want to cram $400 billion in unrelated spending into this account that has nothing to do with veterans.

“Given the inflation that is driving this country up, I think another $400 billion is irresponsible.

“There’s a really easy way to get it passed, which is for the Democrats to stop playing budget gains, stop trying to fill the bill with pork and exploit veterans, and instead focus on veteran health where this is the case.” bill should focus on.”

News week has contacted Cruz and Stewart for comment.