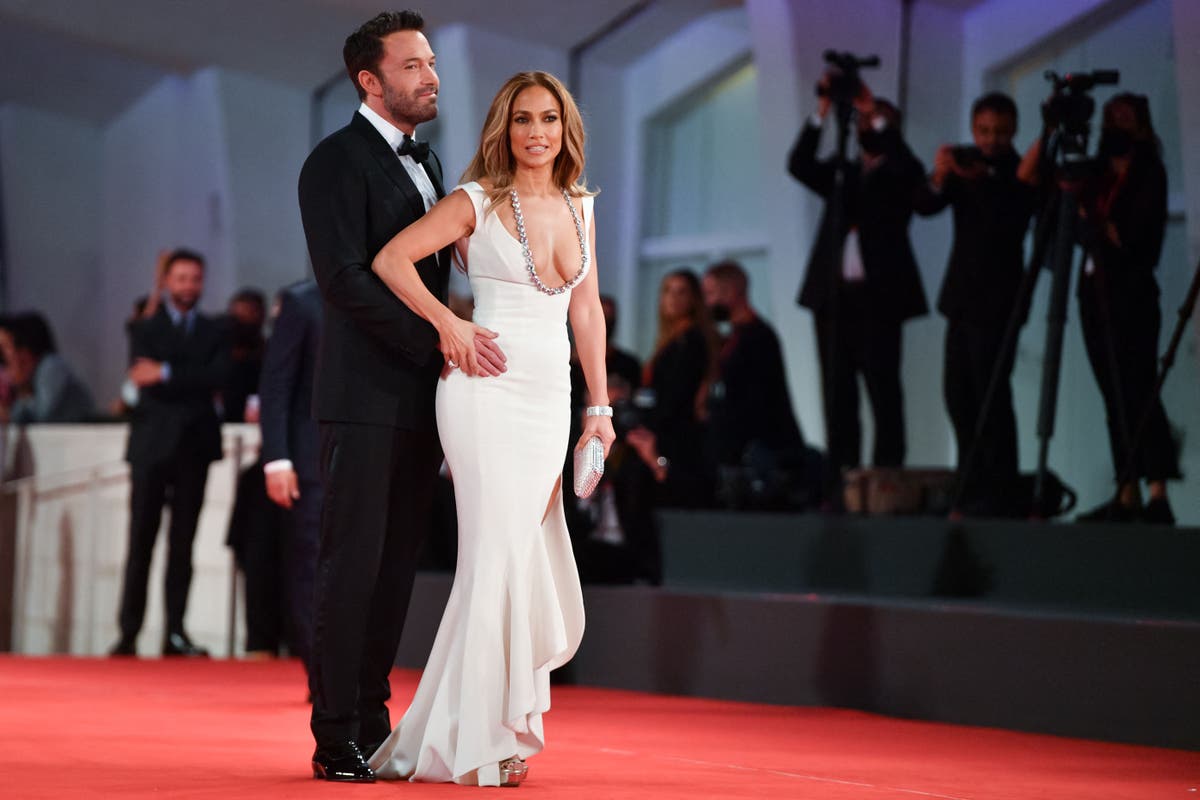 The couple, who were engaged in the early 2000s before splitting for 17 years, married Saturday night at The Little White Chapel, according to Lopez.

“We did it. Love is beautiful. Love is kind. And it turns out love is patient. Twenty years of patience,” Lopez, 52, wrote Sunday in her “On the JLo” newsletter.

“Exactly what we wanted. Last night we flew to Vegas, lined up for a permit with four other couples, all taking the same trip to the wedding capital of the world,” she wrote.

“Behind us, two men held hands and held each other. In front of us was a young couple who, on their daughter’s second birthday, made the three-hour drive from Victorville – we all wanted the same thing – so that the world would recognize us as partners and declare our love to the world through the ancient and almost universal symbol of the marriage.”

Lopez said the couple reached The Little White Wedding Chapel just before midnight and thanked the venue for staying open for them.

“So with the best witnesses imaginable, a dress from an old movie and a coat from Ben’s closet, we read our own vows in the little chapel and gave each other the rings that we will wear for the rest of our lives, Lopez added.

“They even had Bluetooth for a (short) march down the aisle. But in the end it was the best possible wedding we could have imagined. One we dreamed of a long time ago and one that came true (in the eyes of the state, Las Vegas, a pink convertible and each other) at the very, very last minute.

“When love is real, all that matters in marriage is each other and the promise we make to love, care, understand, be patient, loving, and good to each other. We had that. And so much more. Best night of our lives.”

Her confirmation of her marriage came hours after it emerged that the couple had obtained a marriage license from Clark County, Nevada.

The couple first met on the set of the movie Gigli in 2002 and got engaged in 2003 before breaking up in 200, blaming “excessive media attention” for the split.

It is the fourth marriage for Lopez and the second for Affleck, who was previously married to actress Jennifer Garner.

They entered a romantic relationship in early 2021 after the pop star’s breakup with former New York Yankees player Alex Rodriguez. They went public with their relationship last July.

Lopez revealed her engagement to Affleck in April 2022.

In February she said: People magazine on the differences in the couple’s relationship after nearly two decades apart.

“We’re older now, we’re smarter, we have more experience, we’re in different places in our lives, we have kids now and we need to be very aware of that,” she said.

And she added: “It’s a wonderful result that this has happened this way at this time of our lives where we can really appreciate and celebrate and respect each other.

“We’ve always done that, but we’re even more appreciative because we know that life can take you in different directions.”

And in her April fan newsletter, she detailed Affleck’s proposal for a hot tub.

“Have you ever imagined that your biggest dream would come true?” she wrote.

“Saturday night, while I was in my favorite place on earth (in the hot tub), my beautiful love got down on one knee and proposed to her. I was totally taken aback and just looked into his eyes smiling and crying as I tried my best to get my head around the fact that this happened all over again after 20 years, I was literally speechless and he said, ‘is that a yes? ‘ I said YES, of course that is a YES.”

“I laughed so big and tears streamed down my cheeks, I felt so incredibly happy and whole. It wasn’t anything special, but it was the most romantic thing I could have ever imagined… just a quiet Saturday night at home, two people who promised to always be there for each other.”

The independent has reached out to Lopez representatives for comment.