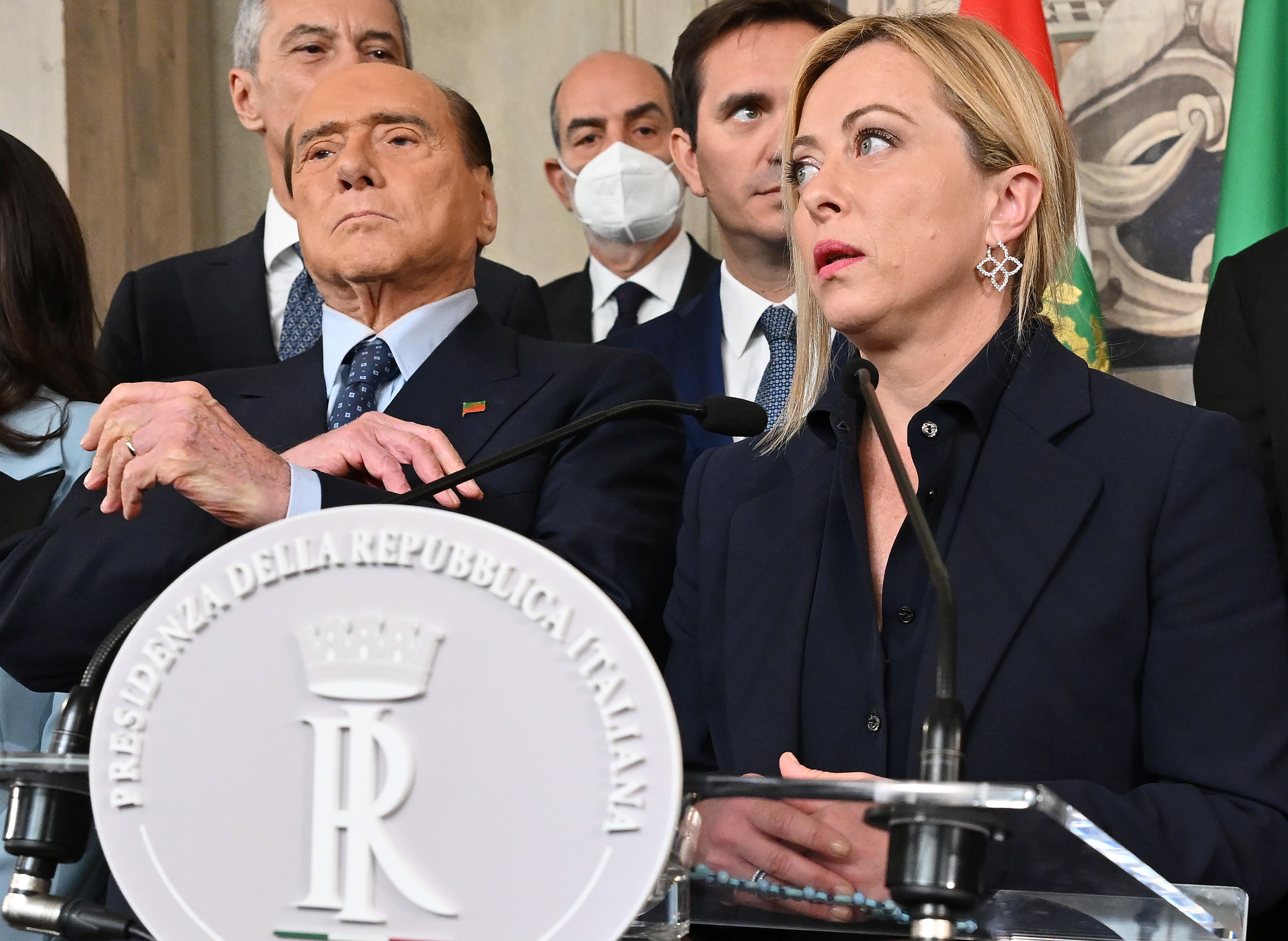 Italian President Sergio Mattarella summoned Italy’s far-right leader Georgia Meloni to his official residence in Rome on Friday, the presidential office said, and she may be given the mandate to form a right-wing government.

Meloni told reporters this morning that she met the president quickly, along with her conservative allies, and asked him to give her a mandate to form the new government.

The next step is the presentation of the cabinet to President Mattarella.

If the 81-year-old president agrees to the formation, Meloni and her government will be sworn in, and this is expected to happen early next week.

Meloni and some representatives of her coalition partners met with Mattarella today, Friday, about forming the new government.

Meloni hopes to become Italy’s first female prime minister if the three parties in her right-wing bloc agree on the terms of a coalition government.

The media mogul and former Italian Prime Minister Silvio Berlusconi attended the meeting, along with members of his conservative Forza Italia party, as well as Matteo Salvini, leader of the far-right League party.

The consultations at the Quirinale Palace in Rome lasted only about ten minutes.