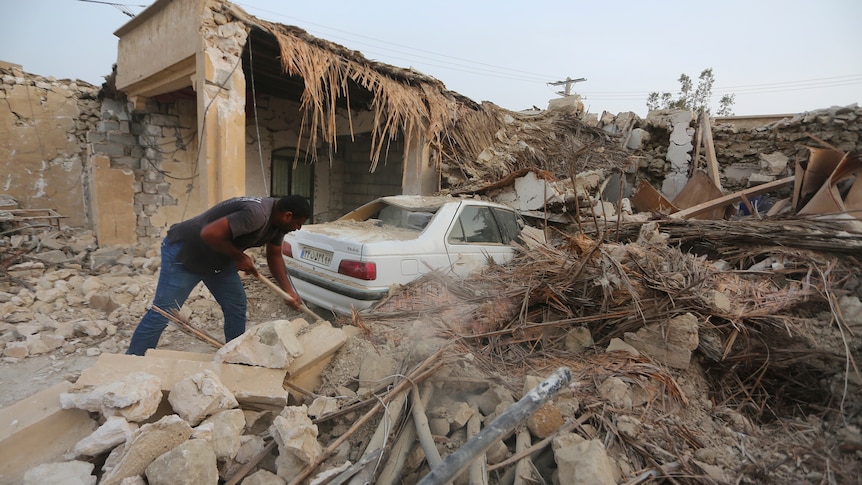 At least five people have been killed and 49 more injured after a magnitude 6.1 earthquake in southern Iran hit the area shortly after, with two consecutive quakes of up to 6.3.

About 24 quakes — two measuring 6.3 and 6.1 — followed the first quake that flattened the village of Sayeh Khosh off Iran’s Gulf Coast in Hormozgan province.

“All the victims died in the first earthquake and no one was injured in the next two strong quakes because people were already outside their homes,” a regional governor said.

Residents took to the streets as aftershocks continued to shock the area and damage buildings and infrastructure.

Half of the 49 injured have already been released from hospital, an emergency services spokesman said, and officials say search and rescue operations have ended.

Shipping and flights in the Gulf were not affected by the quakes, which were felt in several neighboring countries.

One hundred and fifty earthquakes and tremors have struck western Hormozgan in the past month, and the area has experienced several moderate earthquakes in recent weeks.

In November, a man died after two earthquakes measuring 6.4 and 6.3 on the Richter scale.

Located on major seismic faults, Iran experiences an average of one earthquake per day, and has suffered several devastating earthquakes in recent years.

In 2003, a 6.6 magnitude earthquake in Kerman province killed 31,000 people and flattened the ancient city of Bam.