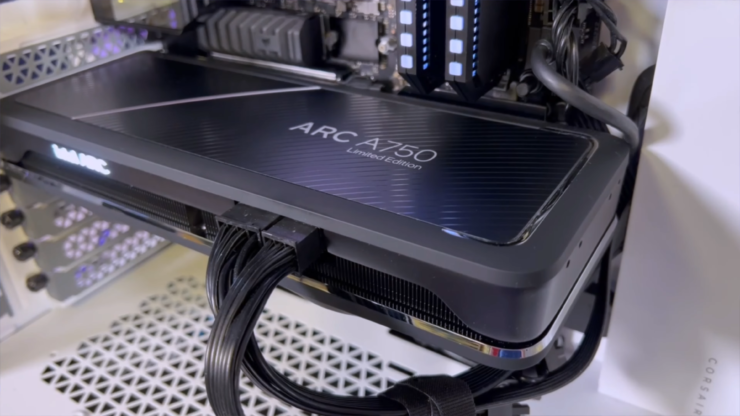 Intel has showcased some new capabilities of its upcoming Arc graphics card lineup using the Arc A750 Limited Edition. The technologies were demonstrated by Ryan Shrout in a new video published on Intel’s Arc Graphics YouTube channel and a detailed blog you can read here.

Intel Arc Graphics are VRR, HDR and HDMI 2.1 Ready – Arc A750 Limited Edition Demonstrated in Death Stranding at Over 100 FPS at 4K

The details are pretty straightforward, Ryan states that all Intel Arc graphics cards, including the Arc A750 Limited Edition used in this demo, will support VRR (Variable Refresh Rate) according to the official VESA standard.

The technology known to many as Adaptive Sync ensures a smooth frame rate by synchronizing the monitor refresh rate with the FPS you get in-game. The monitor used was an Acer 4K 120Hz display in sync with the 80-100 FPS provided by the graphics card while running Death Stranding Directors Cut. Intel states that they will validate more than 100 VRR displays to provide a great gaming experience on the Arc A700 series, which will be launched relatively soon.

Another thing Ryan talked about is its HDR capabilities. The same Intel Arc A750 Limited Edition graphics card and game were used for this purpose, but on a premium Alienware HDR QD OLED display. Intel only had their rep, Allyn, to verify that HDR was working and a proper demo was not given, as YouTube’s compression algorithm cannot render the full HDR range shown in the game.

Finally, we have something to say about the HDMI capabilities of Intel’s Arc graphics lineup. Ryan states that all Arc graphics cards and notebook GPUs support HDMI 2.0 by default, but to access HDMI 2.1, partners can integrate PCON and convert a DisplayPort to HDMI 2.1. Both the Intel Arc A770 and the Arc A750 Limited Edition graphics card support HDMI 2.1 via this technology.

Finally, we can discuss HDMI standards and what to expect from Intel Arc products. While the A-Series GPUs natively support HDMI 2.0, partners and OEMs can support HDMI 2.1. build in by integrating PCONs that use DisplayPort to HDMI 2.1 . will convert. Our Intel Brand Limited Edition Cardsboth the A750 and A770 variety, supports HDMI 2.1 through this method. Other plug-in cards and notebooks will support this if integrated.

While Intel talked about some key technologies, it should be pointed out that Death Stranding’s Director Cut would be one of the highlights of XeSS technology. Intel’s XeSS will compete directly with NVIDIA’s DLSS and AMD’s FSR technology, but Intel hasn’t shown any demos of their premium upsampling technology on its Arc graphics cards yet. We hope Intel will also show us some performance demos of XeSS in the many titles they have promised to support XeSS.

The graphics card is powered by an 8+6 connector configuration, which means a maximum board power of 300W (150W + 75W from connectors and 75W from the PCIe interface). It is likely that the Limited Edition will come in both A770 and A750 variants. It comes with three DisplayPort connectors and a single HDMI connection. Intel has confirmed that the ARC Alchemist graphics card will support the latest DisplayPort 2.0 & HDMI 2.1 interfaces.

Both the Intel Arc A750 and A750 graphics cards are expected to launch later this summer with prices around the $300-$350 US market.