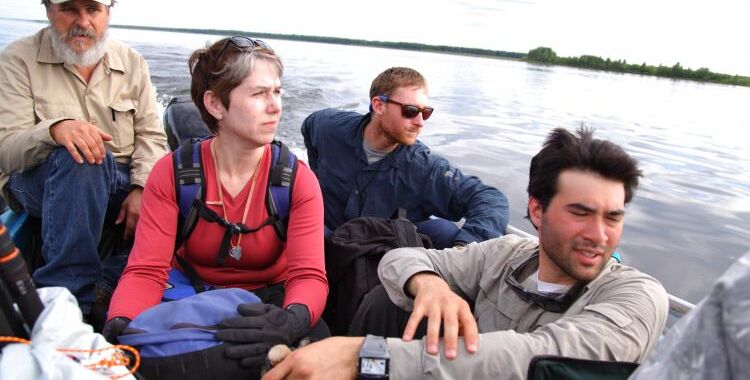 Lindy Elkins-Tanton is a Siberian-flowing, arc-welding, code-writing, patent-holding, company founding, asteroid-exploring, igneous petroleum professor. She has been a farmer several times, racing sheepdog trainer, author of children’s books and management consultant for Boeing Helicopters. She is currently a professor at Arizona State University, helping run a training company, and is the principal investigator on NASA’s “Psyche” mission to a metallic asteroid.

Her self-described “twisty” career path has brought her research into planet formation, magma oceans, mass extinctions and the melting of mantles. The results she has generated have been foundational and have earned her a constellation of prestigious awards. There’s even an asteroid – asteroid 8252 Elkins-Tanton – named after her.

Given all that, perhaps the biggest revelation in her new autobiography, A portrait of the scientist as a young woman, is that this great achiever was plagued by the same doubts and lack of confidence that plague the rest of us. She wavered between forestry and geology when she applied to college, she was hampered by organic chemistry as a freshman, and she was told she was either not studying hard enough or not good enough. Sometimes she felt like she didn’t belong, other times she was told that. But Elkins-Tanton overcame those obstacles—and others much deeper.

To cover all that ground, Elkins-Tanton weave several threads into one book.

From Russia with lava

A common thread is a fascinating account of her adventures as a geologist, especially her expeditions into Siberia’s most remote wilderness. There she found herself in a helicopter ride on the tundra, navigating icy waters in a pontoon boat held together with duct tape, sharing an airplane cargo hold with thawed, stinky caribou carcasses, sipping vodka around the campfire in the snow and eating in clouds of mosquitoes so thick that the insects ended up in her food as it traveled from her bowl to her mouth. She also talks about even less glamorous aspects of those journeys: the sometimes difficult team dynamics, the fruitless search for zircon crystals, bickering Russian permits and a terrifying escape from an alcohol-addicted local.

Over a number of years, these expeditions yielded 850 pounds of samples that led to a slew of papers by a group of multi-institutional, multi-country researchers. These definitively associated the Siberian flood basalts with the mass extinction at the end of the Permian, an important result for both biology and geology.

She also describes her early research into building high-pressure furnaces to melt rock powder. She casually tells how her arc welder shocked her through her eye socket. These furnaces would run for six months at a time, breaking every now and then with “popping like gunfire”. After almost a year of building and running the experiment, her samples hadn’t melted, so she just started over at an even higher temperature and pressure.

Another common thread in the book boils down to a manifesto that dismisses the traditional ways of teaching science and math as being “like trying to train dogs using electric collars,” where progress is an ordeal of tests and numbers. “It’s a myth that the people with high academic research achievements got there because of an inherent disciplinary genius or a drive from their childhood,” Elkins-Tanton writes.

Her approach favors asking questions, finding the answers through research and synthesizing the results, which normally only happens at the postgraduate level. These ideas led her to co-found Beagle Learning, an education platform, and patent a system of inquiry-based learning.