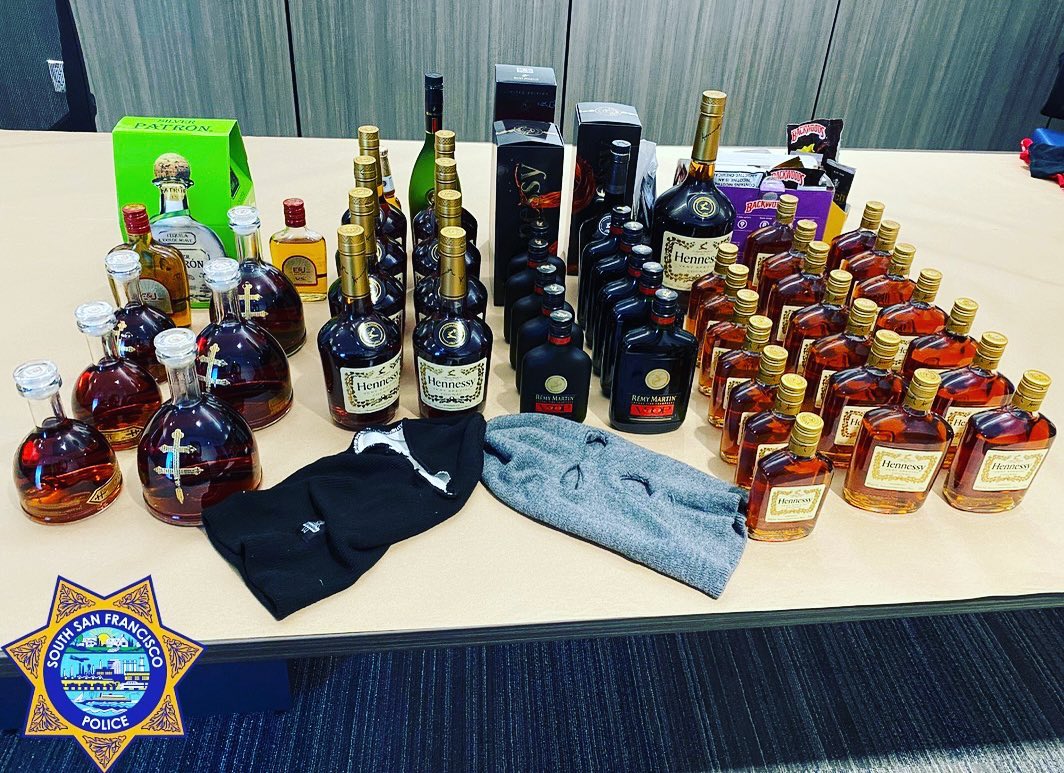 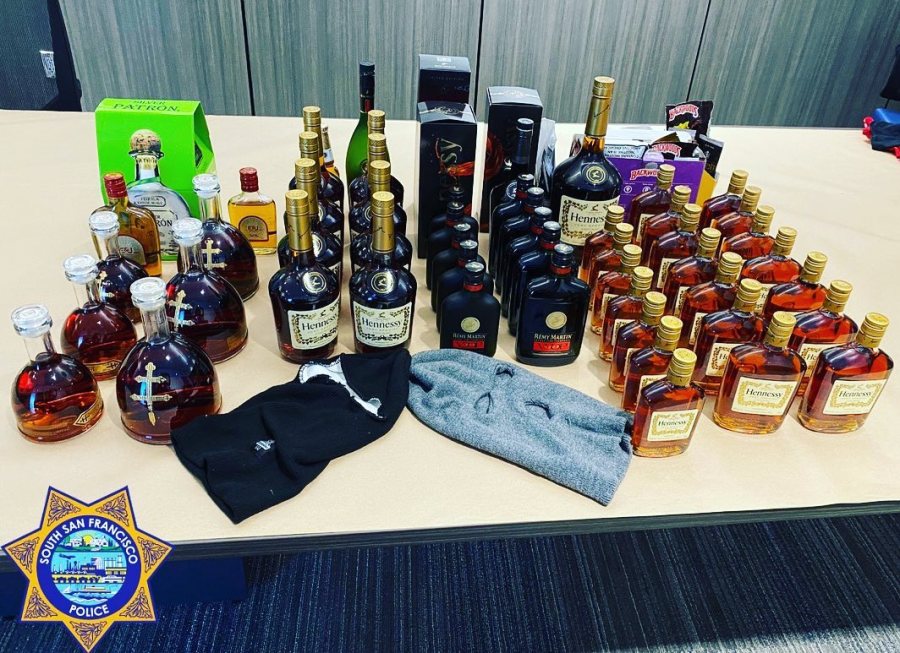 SOUTH SAN FRANCISCO, Calif. (KRON) — Three suspects have been arrested after breaking into a liquor store, the South San Francisco Police Department (SSFPD) announced on social media Friday. Police said the suspects stole a large amount of liquor and tobacco products from a business on the 400 block of Grand Avenue.

A photo of the items recovered by SSFPD shows bottles of spirits from brands such as Hennessy, Remy Martin and Patrón. In all, at least 30 Hennessy bottles were stolen from the liquor store, worth at least a few hundred dollars.