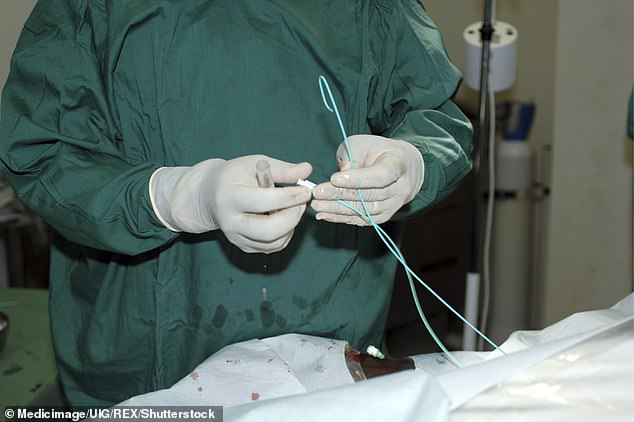 Tens of thousands of heart surgery patients should be told they are at risk from deadly blood-eating insects, campaigners warn

By Martin Halle and Stephen Adams for The Mail on Sunday

Tens of thousands of patients who had heart valve surgery as early as 2005 should be warned that they are at risk for a potentially deadly blood-eating bug, a warning was issued last night.

Five years ago, The Mail on Sunday revealed how the NHS was about to contact 47,000 patients who had undergone heart valve surgery between 2013 and 2016, after concerns arose about contaminated operating room equipment.

Now survivors of Mycobacterium chimaera infection, victims’ families and their lawyers are calling for the warning to be extended to those who had surgery years earlier.

This leads to disturbing new evidence that the germ can lie dormant in the body for much longer than previously thought — up to 13 years and possibly more. Spotted early enough after M.chimaera has become ‘invasive’, it can be successfully treated with antibiotics.

But if it continues to fester, the infection can spread, causing deep tissue abscesses and potentially fatal complications.

In Britain, up to 250,000 people have undergone heart surgery using a potentially contaminated type of ‘heater-cooler unit’ (HCU).

HCUs are needed to regulate the temperature of blood as it leaves the body to be pumped with an artificial heart, while the organ is temporarily stopped. But a common type of HCU, the Sorin 3T, made by the company LivaNova, would have been susceptible to colonization by M.chimaera if not thoroughly sterilized.

Last night, Freeths Solicitors attorney Paul Balen, who has represented many victims, said, “All patients who have undergone open heart surgery with LivaNova HCUs since 2005 should be warned of this danger.” 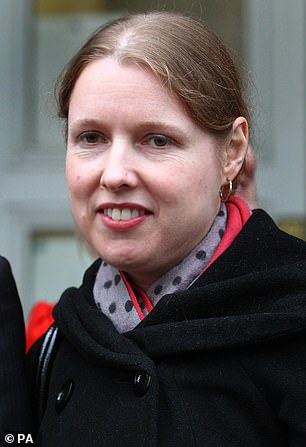 Senior coroner Alison Hewitt (pictured) wrote a report warning that “the true incidence of” [invasive M.chimaera] infection is most likely higher than 1 in 5,000

In January, the UK Health Security Agency (UKHSA) said that ‘the earliest involved operation was performed in 2006’. It says there are now 33 deaths from 49 confirmed cases, up from 15 deaths from 26 confirmed cases when this article first highlighted the scandal.

But there are concerns that these numbers seriously underestimate the true magnitude of the problem. Last year senior coroner Alison Hewitt of the City of London wrote a report warning that “the true incidence of” [invasive M.chimaera] infection is very likely higher than the official estimate of one in 5,000 operations.

Public Health England dismissed her concerns and dismissed her request for an in-depth investigation. But the agency, which has been replaced by UKHSA, didn’t say why it knew no cases were missed. A spokeswoman for NHS England said it would review coronal findings and “take any further action required”.

LivaNova said: “The question of what causes an infection that occurs long after surgery can be complicated, and its link to some aspect of the surgical environment can be uncertain.”