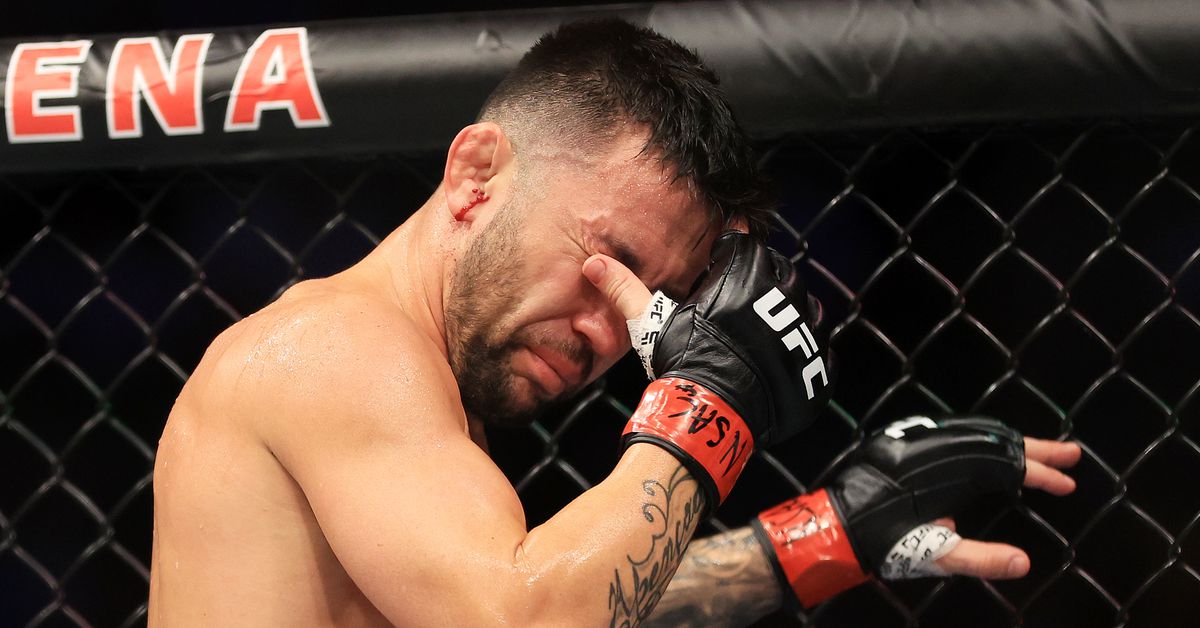 Sean O’Malley wanted to be the first fighter to take out Pedro Munhoz. Instead, he and his Brazilian opponent left the octagon scoreless after an accidental eye prick brought their UFC 276 pay-per-view opener to a halt.

Referee Jason Herzog called off the fight on the advice of the caged doctor at 3:09 of the second round after Munhoz said he couldn’t see out of one of his eyes. The crowd loudly cheered the call, though O’Malley then raised his hands as if triumphing.

Speculation about the seriousness of the injury surfaced online as fighters absorbed the disappointing ending to an otherwise competitive fight. Here’s what fighters had to say about O’Malley vs. Munhoz during UFC 276.

Ugh what a terrible ending to that fight. So bad

shit at least take the full five minutes and try to recover. he wants a happy decision, doesn’t he? he won the first round so he just wanted to leave really fast i guess

That’s a shame for both Suga and Pedro

It looks like no finger has gone into my eye, but I’m not there. ‍♂️ RE: Munhoz vs O’Malley.