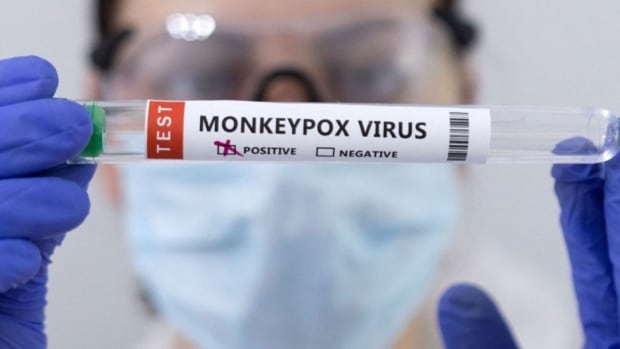 The Hamilton resident “was most likely infected during a recent visit to the city of Toronto,” Hamilton’s health unit said in a press release Monday afternoon.

“The person is currently in isolation and Hamilton Public Health Services has informed all close contacts.”

Public Health told CBC Hamilton the matter was confirmed over the long weekend.

Spokesperson Shawn Berry declined to share details about the confirmed case. He also wouldn’t reveal the number of other monkeypox cases, but only said public health was investigating “very low cases.”

Nevertheless, said Dr. Elizabeth Richardson, the city’s health officer, told the media that the risk to the general public is “very low because we have not detected the virus circulating in Hamilton and the virus does not spread easily.”

“Hamiltonians should not worry about their daily routine activities,” she said. “We continue to monitor the situation closely and advise individuals who develop symptoms or who have had close contact with a suspected or known case of monkeypox to contact their healthcare provider and the local public health department immediately.”

This is because the country has seen at least 100 cases, including 67 confirmed cases in Ontario.

What are the symptoms?

The number of days between infection and symptoms is usually six to thirteen, but can take up to three weeks.

The lesions, which can range from a few to thousands, may be flat or slightly raised with clear or yellowish fluid before crusting and falling off like chickenpox.

Most people will only experience mild symptoms, but children and people who are pregnant or have immune deficiencies have a higher risk of developing worse symptoms.

The death rate from monkeypox is about one percent, according to Hamilton Public Health.

How does Monkeypox spread?

Monkeypox is caused by the virus that belongs to the Orthopox virus gender in the family smallpox viruses† The genus also includes variola virus (which causes smallpox) and vaccinia virus (used in the smallpox vaccine).

Hamilton’s public health said the monkeypox virus does not spread easily between humans.

It can spread through close contact, including airborne droplets, skin-to-skin contact, or if someone touches contaminated surfaces such as clothing or bedding.

Spread can also happen through bites or scratches from infected animals.

Close contacts should self-monitor for symptoms for 21 days after their most recent exposure.

A person may be contagious five days before the onset of the rash and until new skin has formed over the removed rash.

How do you treat it?

There are no treatments specific for monkeypox virus infections. The symptoms go away on their own, within two weeks to a month.

People exposed to monkeypox can receive the smallpox vaccine Imvamune, which can prevent infection or reduce the severity of symptoms.

Last week, the city hosted an appointment-only pop-up vaccination clinic for members of the at-risk community. More than 60 doses were administered.