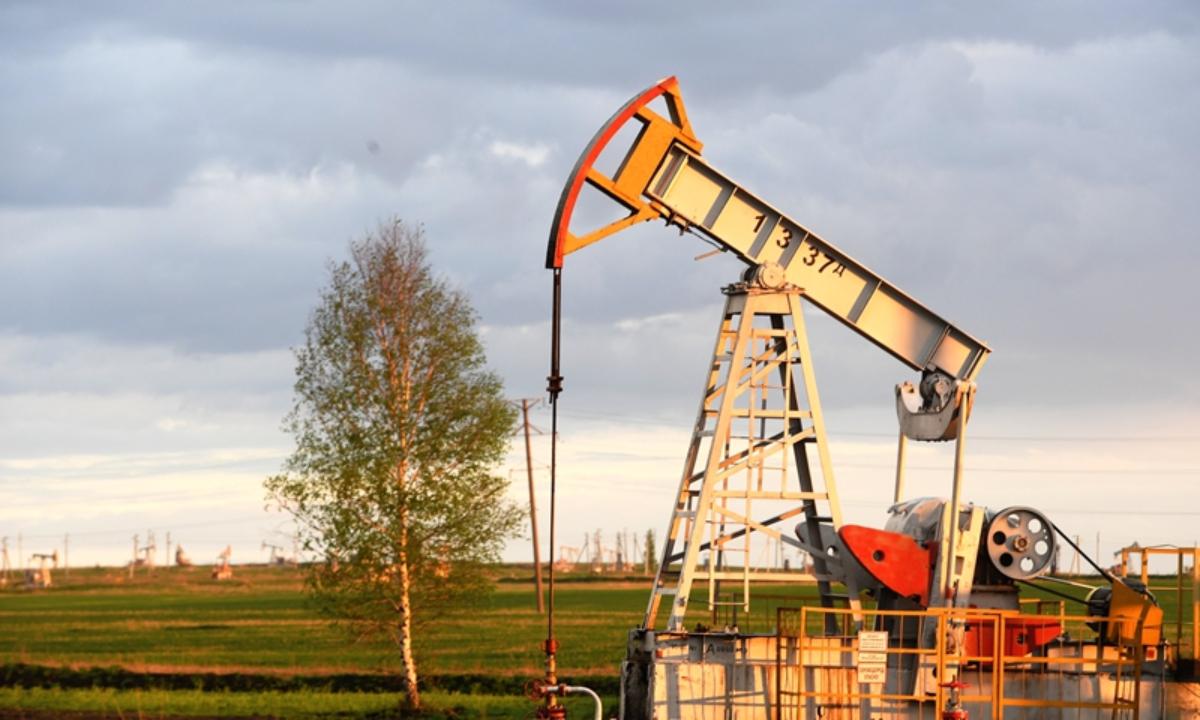 Last June, for the first time in history, the EU saw more liquefied natural gas (LNG) imports from the US than pipeline gas from Russia, according to the International Energy Agency (IEA), Bloomberg reported Friday.

The development, mainly attributed to the sharp decline in Russian gas imports to Europe, came at a time when the EU faces a looming energy crisis and rising inflation due to the West’s sweeping sanctions against Russia. The fact that US gas exports have become the biggest winner of Western sanctions is, to some extent, an indication of the EU’s determination to phase out Russia’s energy supply, which could be a protracted battle involving both strong will and great endurance. And the crucial question now depends on whether the EU economy can support its political will.

It is no secret that the EU has been heavily dependent on Russian gas imports for things such as electricity generation and domestic heating. In recent years, Russia has typically exported about 150 billion cubic meters of natural gas via pipelines to Europe on an annual basis, with an additional 14 billion to 18 billion cubic meters of LNG exports. In 2021, Russian gas exports to the EU accounted for about 40 percent of the bloc’s total gas imports.

After the conflict between Russia and Ukraine erupted, the EU agreed in March to buy another 15 billion cubic meters of LNG from the US this year to displace Russian gas and planned to buy a third of Russian gas this year. replacing gas with LNG from various sources, the Bloomberg report. While the US is expected to become the world’s largest LNG exporter by 2022, it will be impossible for the US to fill the pipeline gas supply gap from Russia in the near term. A prominent reason is that Europe does not have the necessary infrastructure to import such a huge amount of LNG and that it takes time to build those facilities.

Worse still, to push back Western sanctions, Russia is unlikely to give EU countries enough time to complete their energy shift. For example, Gazprom, Russia’s state-backed energy supplier, has cut its gas flows to Europe by about 60 percent in recent weeks, according to a CNBC report.

Usually, European countries build gas reserves in the summer in preparation for the heat demand in the winter. But geopolitical changes have disrupted this cycle, meaning Europe’s energy supplies will come under severe pressure over the winter, posing serious problems for the already struggling EU economy.

The key question is whether the economy can sustain itself in this new landscape, especially in some weaker economies. If the cold front hits, factories and shops may have to close again due to the lack of gas and oil and many people will lose their jobs. What will households, retailers and manufacturers think about the energy crisis, which will undoubtedly be a long one? The people of Europe are simply not prepared for this situation. Surveys in several countries have already indicated that their main concerns are rising prices, falling incomes and unemployment.

The EU’s sanctions against Russia will eventually become its own economic problem, undermining intra-bloc coordination and the EU’s integration process. The longer the energy battle between Russia and the EU lasts, the worse it is for both sides.