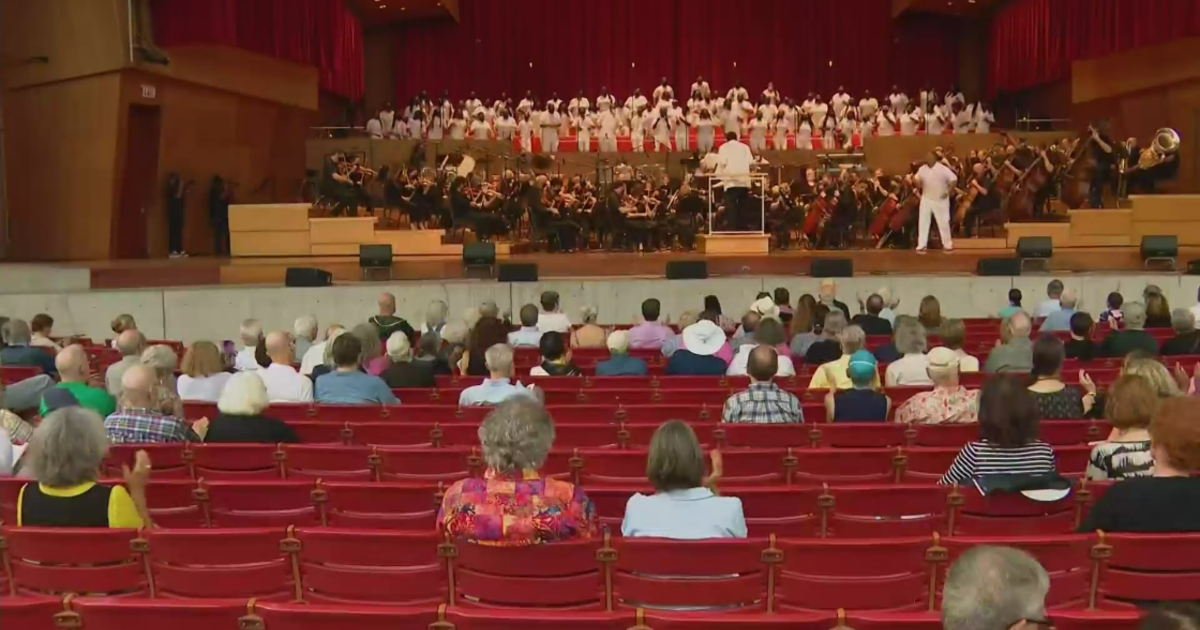 CHICAGO (CBS) — Legendary gospel group Walt Whitman & the Soul Children of Chicago has been around for 40 years – and on Wednesday they did something they’ve never done before.

The Citizen Newspaper Group noted that the choir began as a school choir in 1981, when Whitman—minister of music at St. John De La Salle Church in Roseland—became a music teacher at St. John De La Salle School. The choir opened to children in the city the following year and has toured the world in the 40 years since, the newspaper reported.

On Wednesday evening, the Soul Children of Chicago celebrated their 40th anniversary with a gospel jubilee – along with the Grant Park Symphony Orchestra. The performance was held at the Jay Pritzker Pavilion in Millennium Park.

This was the orchestra’s first time playing gospel music. As CBS 2’s Marybel González reported, it was a soulful combination that came together in perfect harmony.

“I’m only 15, but it’s just an amazing experience for me to just be on this huge stage, and just interact with people and change their lives,” said Charisma Boler, member of Soul Children of Chicago.

And it did. The anniversary brought together five generations of the choir’s alumni.

“It’s the end of an era for us. We’ve had five generations of soul children from 1981 to now,” Whitman said before the performance. “It’s going to be good old church music – music that touches the soul.”

Marlon Johnson is one of the original members of Soul Children of Chicago from 1981. He said being part of the musical movement helped him and his fellow members advance their careers as adults.

“We have lawyers. We have doctors. We have pastors. We have celebrity stylists. An alumni is a stylist for Michelle Obama,” Johnson said. “So this group definitely laid the foundation.”

It is a mission that Dr. Whitman wanted to achieve when he first founded the organization. He wanted music to be a catalyst for change.

“We teach them to be drug-free, gang-free, academic. So there are some things we learn — principles — that hold and transform them to be young leaders,” Whitman said. “You look at one generation nurturing the next generation, and so you create that one thing of, ‘This is what I can be.'”

The Soul Children of Chicago have won numerous awards and accolades over the years, and paid it out on Wednesday night at a post-concert party. There, they would award $20,000 in scholarship money to graduating seniors from their choir who were going to college.