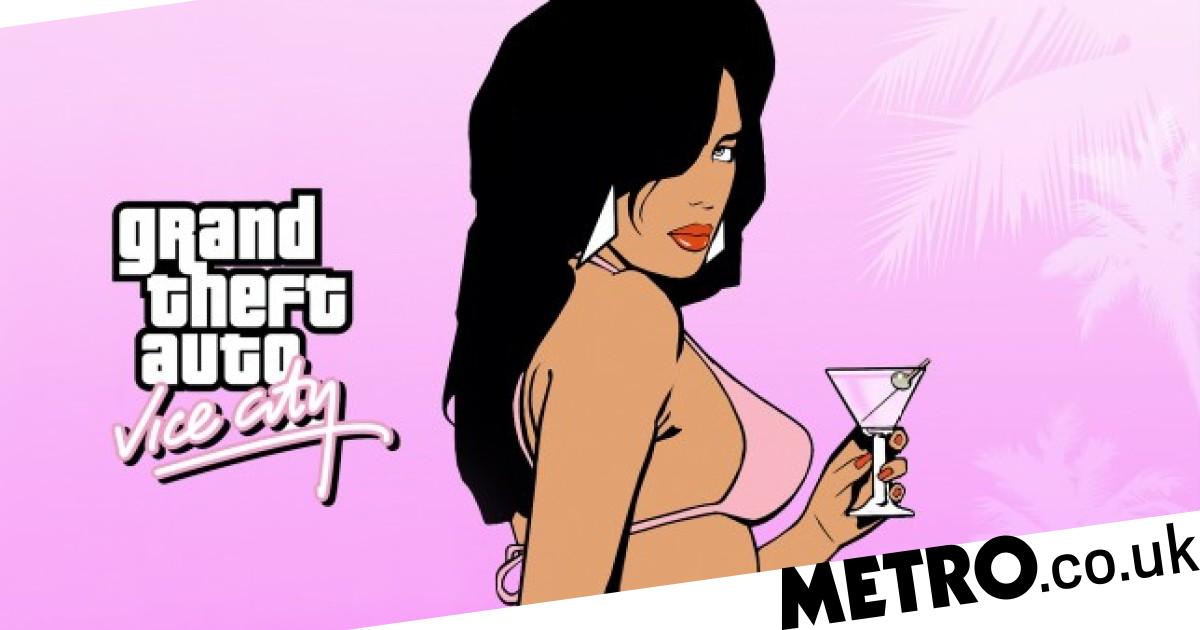 The Thursday letters page isn’t surprised by the issues with the Knights Of The Old Republic remake, as a reader is championing Xenoblade Chronicles 2.

To join the discussions yourself email [email protected]

Next Generation GTA
So we’ve had our first real leak about GTA 6, from a decent source. Still not much information but glad to hear a female lead is on the way, it’s crazy we haven’t had one yet. I thought it was strange that the setting was described as Miami instead of Vice City, but then I realized that the new game will be counted as the next generation of GTA.

There is already the 2D and HD era and while few people realize that they are different universes, they are. I then wonder if this new one will ditch the fake cities and have real real ones instead. What could mean that they go for a more realistic approach, with less satire?

The other big question for me is whether the game is set in the 80s or not, like the previous game. Personally, I thought Vice City was the least interesting city, but since it was set in the 80s it seemed a lot more exciting and of course had the best soundtrack as a result.

’80s nostalgia is still big, but will Rockstar worry about them repeating themselves? Hard to say, and unless there’s another leak I doubt we’ll find out anytime soon.
Coolsbane

I told you so
So now we have 3037 examples of every regular gamer who thinks something is a bad idea, but a publisher who goes ahead with it anyway… only to find out it was a bad idea. Everyone said that Aspyr remaking Star Wars: Knights Of The Old Republic was crazy and now they’ve been proved right.

I don’t know how it got this far. It’s as if the folks who work on Blu-ray movie restorations were asked to remake The Empire Strikes Back. You couldn’t ask anyone less qualified, and I don’t care how many new employees they’ve hired.

I bet the remake will never see the light of day now, but to be honest I thought the concept was silly no matter who made it. That game is huge, like Final Fantasy 7 is huge, and I don’t see how anyone could recreate the whole thing without reducing it altogether. And who wants that? Especially now that the battles are completely different.

The best option has always been to just create a new game, be it a sequel or a reboot. Hopefully Lucasfilm realizes that and soon forgets all this nonsense.
Benson

serious times
I didn’t realize the Xbox Series X was easy to get, but after reading your article I checked Amazon and they had a few in stock. We’ll see how things hold up over Christmas, but it looks like Microsoft has a real advantage over Sony right now. If they don’t improve the stock situation for PlayStation 5 soon, the Xbox Series X may even catch up this year, or shortly after. I bet that will make Xbox start to reveal how many they’ve sold!

It’s getting serious now though. Sony has God Of War Ragnarök on the way, but how long will they keep them up? There’s no idea when the next game will be after that, so what happens when Starfield comes out next spring, and what if it’s even bigger? Interesting times are coming (once we get out of this very boring Summer Games drought).
cabbiton

Email your comments to: [email protected]

Better than football
Thought I’d make a list of the games I’ve enjoyed and why.

The most challenging game is Demon’s Souls, difficult but never unfair apart from the annoying final boss.
The funniest has to be Guardians Of The Galaxy, the humor never bored me.

The best story and replay value has to be Cyberpunk 2077. I’ve played it three times and tried different choices each playthrough which made a difference to character engagement.

Best for a quick blast should be Spider-Man: Miles Morales, just pick up and play if you have a break between audio meetings.

By far the best graphics are Horizon Forbidden West, each level seems more beautiful than the last. Also impressed with the storyline.

Rachet & Clank was also a relaxing fun game, not much effort but great if you just want to relax and chill.

Ghost Of Tsushima gave a good idea of ​​the teachings of the samurai, combined with an engrossing storyline and beautiful graphics.

Games that I liked but were too long so I never finished them are Far Cry and Assassin’s Creed Valhalla. Also Demon’s Souls, which I honestly found boring with its reel and replay gameplay.

They have all been played on PlayStation 5.

These are just my personal choices and opinions and I don’t expect them to be in line with everyone else. Everyone is individual in their choices and even if a million people like a certain game, that doesn’t mean I should too. I don’t like football either.
sixpacx

Prepare to wait
There’s been all this talk that Elden Ring would be a huge hit and will no doubt affect games for years to come, but, er… I haven’t heard of it yet. I can’t really remember a recent period when there were less Souls-esque games on the horizon. I’m sure there are plenty of obscure indie games out there, but is there anything else coming soon?

I think Star Wars Jedi: Survivor will be another Soulslite game, but is it really? Does that mean it’s going to look like buses and a ton will be released all of a sudden in a year or so?
wonko

GC: You are right that it is currently a dry period for the genre. Flintlock: Siege Of Dawn, by the team behind Ashen, looks good though. There’s also Steelrising and Hollow Knight: Silksong, when it comes out, but yeah…roll on that Elden Ring DLC.

Outside help
Excited to receive my copy of Xenoblade Chronicles 3, especially after hearing the rave reviews that it will be the best modern Japanese role-playing series. Unfortunately, it’s unfortunate to hear that people think Xenoblade Chronicles 2 is a weak link; I initially agreed with your 7/10 review and often felt a little overwhelmed with everything going on in each fight, but knew enough about the mechanics to get around without too much fuss…until the post -game.

The post game was a step up in difficulty and had to resort to YouTube videos which, to my surprise, felt like they were teaching me how to play the game for the first time, taking advantage of all the mechanics that make the horrible tutorials didn’t teach me. Too bad the game didn’t explain all of these hidden features, meaning most reviewers/players could never really appreciate what one of the most in-depth and satisfying combat systems is.

By replaying the game using everything I’ve learned, I cut through previously difficult boss health bars like a hot knife through butter.

Understandably, reviewers don’t have the luxury of YouTube videos/wikis playing the game before release (something most Soulsbourne players implement almost as part of the experience), or have the time to even watch the post-game. trying, but with Xenoblade Chronicles 2’s after the game coupled with understanding every mechanic it should have one of the best endgames and raise the score to a 9/10. Hot Topic Idea: Which games have the best post game / are there any games where the post game is better than the main game?

Special mention for Xenoblade Chronicles 2: Torna DLC which you can buy without the main game (I don’t remember GC reviewing this most generous, cheapest DLC?). Being its own self-contained 20-hour Japanese role-playing game with a much more streamlined simplified combat/craft system, it’s a perfect introduction for anyone too intimidated by the main game.
LEE

GC: It’s not just the gameplay, we didn’t like any of the characters either.

Sign with your name
I’ve sent articles to GameCentral several times in the past and I’ve noticed my name isn’t in the byline, but credited as Anon. Can you put my name on the submissions I submit, or explain why you choose to label me anonymous?

Thank you for your time.
James

GC: It is because until now you have never ended your letter with a name. We can’t just extract it from the email address.

Try everything
I’ve been waiting for the topic to come up again, so I’ll go in with my thoughts on weapon-breaking in Zelda: Breath Of The Wild.

I realized I was all for it when I replayed Dark Souls Remastered.

With Dark Souls, due to resource constraints, I only upgraded three or four weapons to the max, and still mostly used the same weapon throughout the game. The same thing happened with Elden Ring. Only trade when I needed certain weapon stats on bosses.

It was pretty annoying having all these great looking weapons, each with their own attack animations and abilities and not having to use them.

However, with Breath Of The Wild, I used every weapon I picked up, enjoying all the different attacks and combat styles due to them breaking.

This is no small matter against Souls games, they are great. It just made me appreciate the system in Breath Of The Wild.
JDB

Inbox is running too
Late to the party, but I just played Final Fantasy 7 Remake and… it was really good? Maybe a little too long-winded, but overall I really enjoyed it. Well done SquareEnix!
Collie

Is it just me or are Apex Legends character designs really boring? I play it occasionally, but I barely remember the names of the characters. Overwatch is much better at that.
lamensten

This week’s hot topic
The topic for this weekend’s Inbox was suggested by reader Ishi, who asks what your favorite remake or remaster is.

Remakes and remasters are more popular than ever right now, but what was your favorite and why? Had you played the original when you first played the remake and how do you think the new version compares?

Which upcoming remake or remaster are you most looking forward to and what do you hope will be announced in the end?

Email your comments to: [email protected]

The fine print
New Inbox updates appear every weekday morning, with special Hot Topic Inboxes on the weekend. Letters from readers are used on a merit basis and can be edited for length and content.

You can also submit your own 500 to 600 word Reader feature at any time via email or our Submit Stuff page, which, if used, will be featured on the next available weekend.

You can also leave your comments below and don’t forget to do so follow us on twitter.

MORE: Games Inbox: Plan another Avengers, the best Zelda game and a night out at Arcade Club