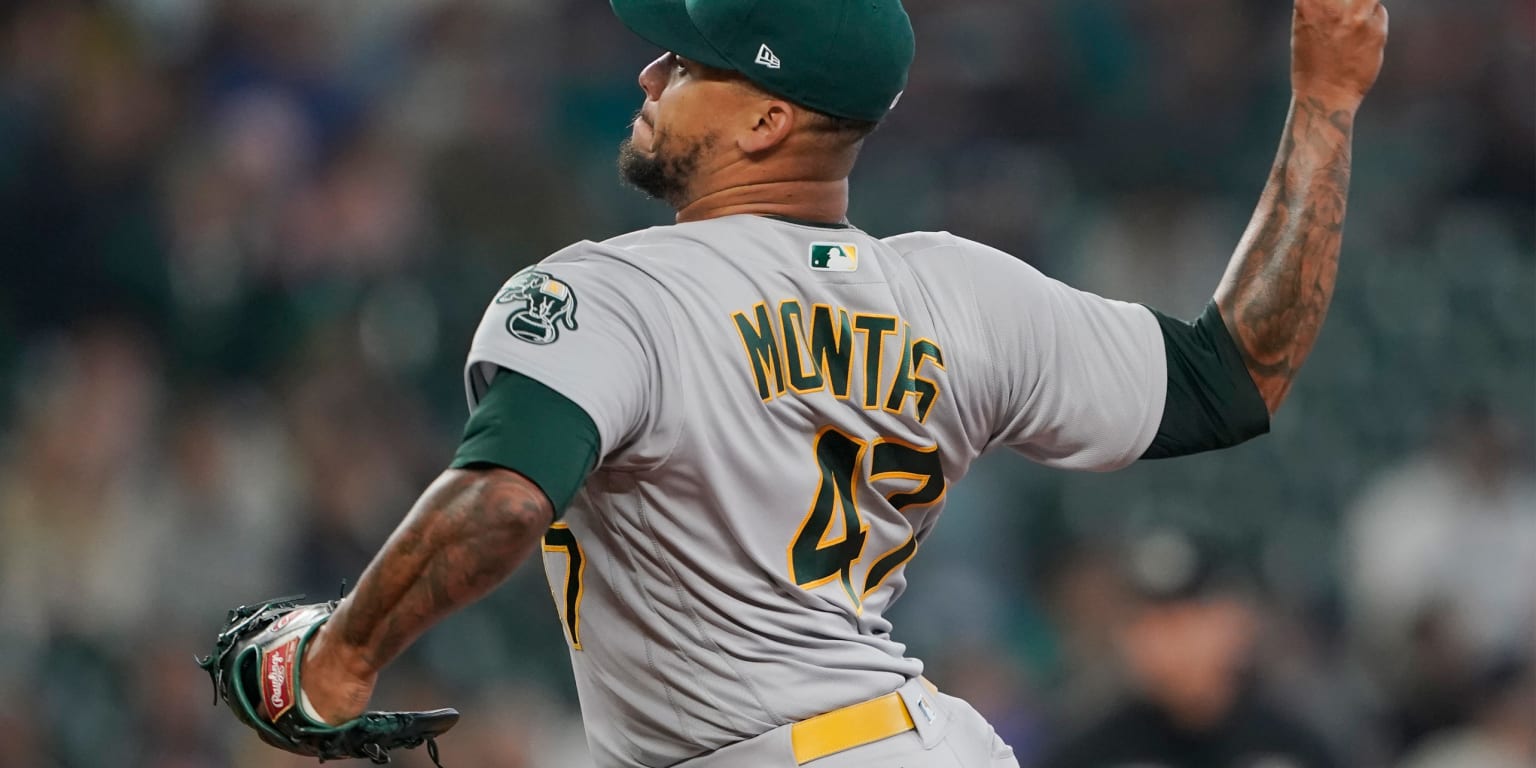 SEATTLE — The buzz around Frankie Montas as one of baseball’s most sought-after pitchers ahead of the August 2 trade deadline has only grown with each start. However, an early exit on Sunday puts his immediate future at stake.

On a chilly Seattle afternoon with heavy rainfall in the area on the first pitch, gloom came over the visiting dugout as the A’s saw their ace take off in Sunday’s series finale with a 2-1 loss to the Mariners in T-Mobile Park after just one inning. Montas was later judged to have experienced a tightness in the back of his shoulder, with manager Mark Kotsay saying the righthander is on a day-to-day basis.

“I don’t think it’s anything bad,” said Montas, adding that he will likely get an MRI back in Oakland. “Just some pain and maybe inflammation. Nothing to worry about.”

There was cause for concern about how Montas’s things looked in the first place. Montas handed over a leadoff homer to Julio Rodríguez as part of a 13-pitch frame, reaching a maximum speed of just 94.5 mph with his fastball in the first. Overall, Montas’ speed on his four-seamer was 2.4 mph lower than his season average, while the speed on his sinker was 2.7 mph lower.

Although the A’s began an overhaul this spring by trading away several stars, they deferred Montas in hopes of getting a better offer during the season. Based on the numbers of the right-hander, that move seemed to be the right one. On Sunday, Montas came in with a 3.20 ERA over 16 starts. Among American League-starters, Montas was fifth in innings pitched (95 2/3), seventh in strikeouts (99), eighth in WHIP (1.09) and 12th in opponents’ batting average (.226).