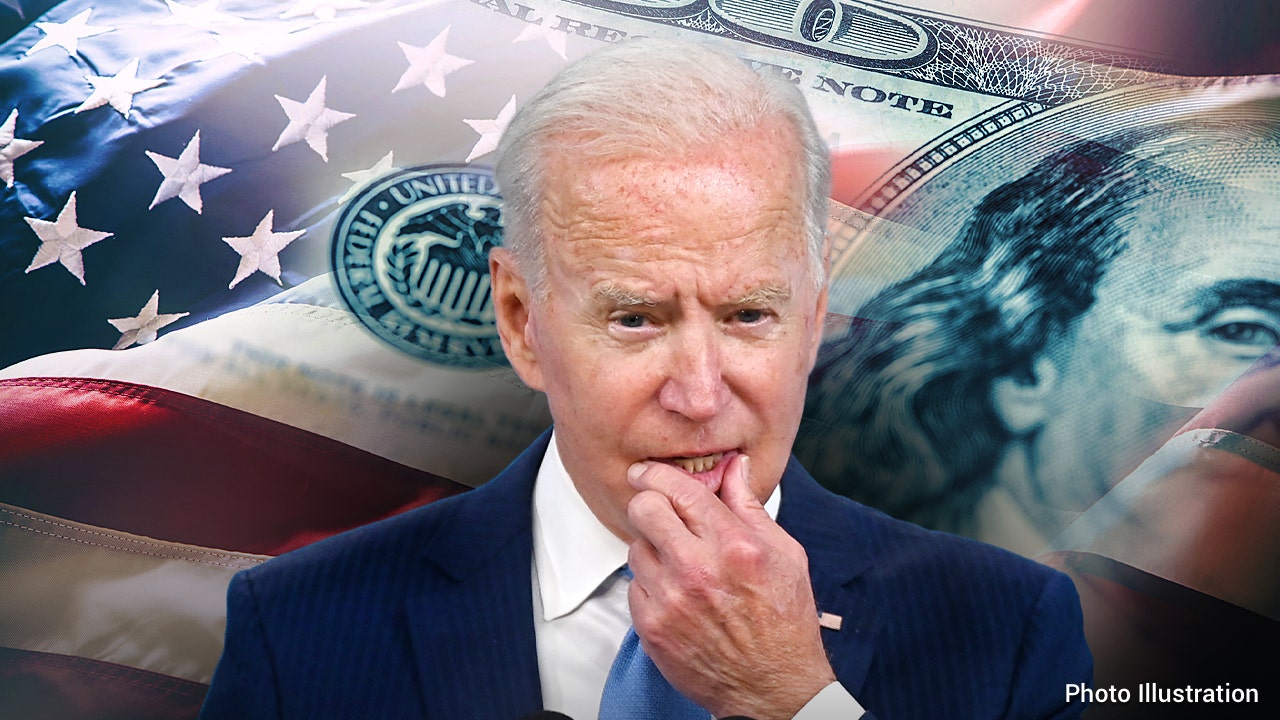 Nearly all voters are concerned about inflation, large numbers continue to judge the economy negatively – and a majority expect it to be worse next year.

The latest Fox News poll also shows that both Democrats and Republicans are equally motivated to vote, and that if the midterm elections were today, 41% of voters would support the Democratic candidate in their House district and 44% the Republican.

That three-point lead is unchanged from June and falls within the margin of the poll’s sampling error. However, this is the seventh poll since December in which Republicans lead, ranging from one to seven points.

According to Fox News modeling, a 3-point lead translates into a GOP gain of about 23 seats.

“A seat gain of more than 20 seats would be huge for Republicans in an era when bipartisan gerrymandering has drastically reduced the number of competitive seats,” said Republican pollster Daron Shaw. “It would be like the midterms of 1994 when Newt Gingrich’s contract with America helped the GOP win 54 seats.” Shaw conducts the Fox News poll with Democratic counterpart Chris Anderson.

The general vote tends to overestimate Democrats’ chances of winning individual House races because it comes from a survey of registered voters across the country, not a series of individual polls in the congressional district. Because more districts have been elected that are predominantly Democratic than predominantly Republican, Democrats need a higher overall vote to expect to win more actual seats.

Other findings show that 15% of all voters are undecided or plan to support a third candidate for Congress, including 60% of independents. While it is uncertain how they will vote in November, today more than 7 in 10 of these two groups disapprove of President Biden’s work.

The president’s job rating hit an all-time low this week, with 40% of voters approving it and 59% disapproving of it. That is net negative with 19 points. Its ratings were under 14 points last month and 8 points in early May. Biden’s best results were in June 2021, when 56% approved and 43% disapproved.

Four years ago, at the same point in the election cycle, former President Donald Trump’s job rating was 5 points below: 46% approved and 51% disapproved (July 2018).

Biden gets the thumbs down from record numbers of women, black voters, moderates, voters under 30, Democrats and independents.

And in general, the majority disapprove of his problem performance: 73% disapprove of inflation, 68% for the economy, 61% for immigration, 59% for weapons, 57% for energy policy and 55% for dealing with the Russian invasion of Ukraine.

Only 17% rate the economy positively, the lowest in nearly 10 years. Eighty-four percent say it is in fair or poor condition.

And a 52% majority think it will be even worse next year. This is the first time in periodic surveys dating back to 1998 that more than half believe the economy will be worse in a year.

Meanwhile, 52% have changed their travel plans for the summer because of gas prices, 70% have had to cut other expenses to cover their necessities, and 75% say inflation has caused them financial hardship — a 67% increase in December.

Many blame the White House for that. Fifty-five percent say the government has worsened the economy, and more voters blame Biden (31%) for gas prices than believe Russia (20%) or oil companies (14%) are responsible.

“This is a horrendous medium-term environment for Democrats, but the Supreme Court overthrowing Roe offers an opportunity to mitigate losses by portraying Republicans as extremists who intend to take away long-standing rights” Anderson says. “It probably won’t be enough to hold the House, but in some districts, especially those with more independents, it could rival Democrats in races.”

With inflation hitting its highest level since 1981 on Wednesday, it’s no wonder that a large majority, 93%, are extremely or very concerned about rising prices. That says more than the same about higher crime rates (85%), the future of American democracy (83%), gun laws (78%) and abortion policy (70%). About 69% are concerned about the Russian invasion of Ukraine, while 62% are concerned about illegal immigration.

Pandemic concerns have fallen nearly 20 points since January, with 53% worrying today – the lowest in a year.

In the past two months, concerns about inflation (+6 points), crime (+6) and guns (+5) have increased, while they have abated over illegal immigration (-9) and war (-11). Concerns about abortion and the future of American democracy persisted.

Voting preferences are divided among those deeply concerned about the future of democracy: 46% are for the Democrat, 44% for the Republican.

The generic Democratic candidate leads the way among black voters, Hispanic voters, moderates and suburban women, while the generic Republican is preferred among white voters, men, voters over 45, and whites without a college degree.

More voters think the Republican Party has a clear plan to tackle the country’s problems, while more voters say the Democratic Party cares about people like them.

But the sad part is that the majority think neither side has a plan to deal with the nation’s woes — or care about their problems.

More than half, 54%, say the Republican Party doesn’t have a clear plan and 62% say the same about the Democratic Party.

Similarly, 53% think the Democratic Party doesn’t care about people like them, while 58% think so about the GOP.

Voters are not interested in a mulligan for the 2020 election.

Late last year, voters said the collapse of moral values ​​and weaker criminal penalties were the main reasons for rising crime rates across the country. The largest number, 24%, now blame the availability of weapons, up from 13% in December. This is closely followed by the breakdown of values ​​(21%), weaker sentences (16%) and more mental health problems (13%).

About the same number of Democrats, Republicans and Independents support setting term limits for Congress. All in all, 81% of voters are in favor of the idea. Fewer, but still significant, majorities want a mandatory retirement age for Supreme Court judges (71%) or support an 18-year term for judges (66%).

Thirty-nine percent of voters approve of the work Vice President Kamala Harris is doing, while 58% disapprove of it — her worst numbers yet.

Conducted from July 10-13, 2022 under the joint leadership of Beacon Research (D) and Shaw & Company Research (R), this Fox News survey features interviews with 1001 registered voters across the country randomly selected from a national voter base and spoke to live. interviewers on both landlines and mobile phones. The total sample has a sampling error of plus or minus three percentage points.