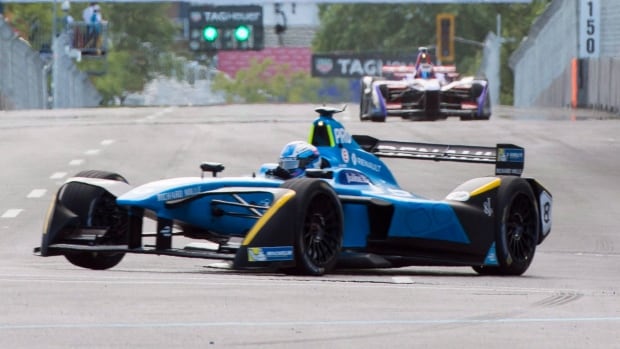 Vancouver is repaying the $500,000 deposit for a major international electric car race that was scheduled to take place earlier this month before organizers pulled out.

The two-day event was set to begin on July 2 and included a Nickelback concert, before being canceled by the organiser, One Stop Strategy (OSS) Group, who had previously said it would be rescheduled for next year.

But four weeks after the original date of the canceled event, cardholders have complained about not receiving refunds. The city said the refund of the organizer’s performance guarantee for the event is conditional on fans returning their money.

It would be the first Formula E event in the city and promoted as an economic boon, selling thousands of tickets to the races in the False Creek area.

One of those fans waiting for a refund is Andrew Chobaniuk, who said he could not get a response after repeated requests from the organizers and eventually reported it to his credit card company.

It reimbursed him the $210 he paid for four tickets to see the Vancouver races.

“Absolutely not a word from the Formula E organizers despite numerous emails to them,” he told CBC News in an email. “Received a refund from my credit card company pending an investigation.”

“It’s disappointing – you are looking forward to finally returning to Vancouver after all these years, and you feel ripped off. Given the lack of communication from the organizers … I have no faith in OSS at all.”

One Stop Strategy Group did not respond to multiple requests for comment on Friday.

Decision came ‘after intensive consultation’ with the city

On Friday, the city said the refund of the deposit would have “no financial impact” on its budget, and was made only on the condition that “the money is used by OSS to pay its financial obligations,” including refunding cardholders. suppliers, or event sponsors.

“Questions about money paid or refunded by OSS to cardholders, suppliers, sponsors and/or other potential creditors should be directed to OSS,” the city said in a press release.

On April 22, the city announced that the event organizers had canceled the event and exercised their rights under the host city agreement. At the time, the city said in a statement it hoped “to announce a new date in the near future”.

At the time of the cancellation, OSS said the “incredibly difficult” decision came “after intense consultation” with the city.

“Delivering a world-class event is paramount” to the group, it said, pledging to communicate with cardholders “to inform [them of] their options.”

count. Michael Wiebe co-sponsored a motion last year supporting the hosting of the event in the city.

“I know the management company didn’t work here, but I still believe it could be a great event,” he said in an interview on Friday. “It’s going to be a big weekend, I’m disappointed because it’s an opportunity for Vancouver.”

He stopped voting on the city-issued deposit because he bought tickets to the canceled event himself and is now among the thousands who have yet to receive a refund.

“I haven’t got that yet, but I’ll be waiting at the back of the line,” Wiebe said. “I want to make sure that the people who really deserve the funding get it.

“We say, ‘If you get the $500,000 back, there are certain people that need to be paid, and the funding can only go to specific things… That includes cardholders, vendors, and others.”

The Formula E races are controversial in other cities.

In 2017, Montreal city officials announced that they would be pulling the plug on a Formula E race to take place in that city the following year.

The mayor said the event was “right to financial fiasco” and taxpayers would pay $35 million.

But a year ago, the city of Montreal agreed to pay a $3 million settlement to Formula E Operations, which hosts electric car races around the world. It had sued the city for $16 million after the city canceled their 2018 and 2019 events.

Formula E is not the organizer of the Vancouver event, although it appears to have some degree of oversight over the OSS Group-promoted race, which is part of the Formula E series.