Former WWE superstar Lana has used social media to address her absence from the professional wrestling world, admitting she misses the company.

Lana tweeted: “I miss wrestling. There is nothing like it in the whole world.”

I miss wrestling. There’s nothing like it in the whole world

That’s not the only aspect of wrestling that Lana misses either, as she posted another tweet about a specific member of the WWE roster.

She said, “Don’t miss wrestling with my best friend @NaomiWWE!!!!!!”

Of course, Naomi is currently suspended from WWE after she and Sasha Banks eloped during an episode of “WWE Raw” where they were supposed to be in the main event, with neither woman making a comment about the situation since then. 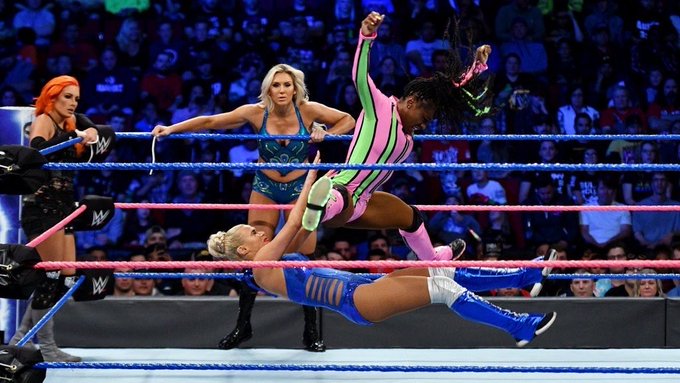 As for Lana, she hasn’t been in the wrestling ring since her WWE career ended in June 2021, along with a group of talents including Braun Strowman. Despite being fired from the company, Lana received a personal text message from Vince McMahon thanking her for the work ethic she displayed throughout her career.

Lana has been busy in the acting world ever since, co-starring in a movie with Bruce Willis, while also launching her own website, CJPerry.com, which has turned out to be a hit. The website made nearly $20,000 in subscriptions in the first 24 hours alone, showing its popularity among its audience.

The former WWE superstar had been announced for the first-ever Wrestling Entertainment Series event in Nottingham, England, where she would face her longtime WWE rival Nia Jax. That meeting was supposed to crown the inaugural WES women’s champion, but the event was eventually postponed to July 9, but Lana is no longer scheduled to appear.

It is unknown when or if she will return to the ring, but fans have speculated about the possibility of her joining AEW with her husband Miro. He has enjoyed a run with the TNT Championship since joining the company, and has recently returned to action.

Do you have a news tip or correction? Send it to [email protected]