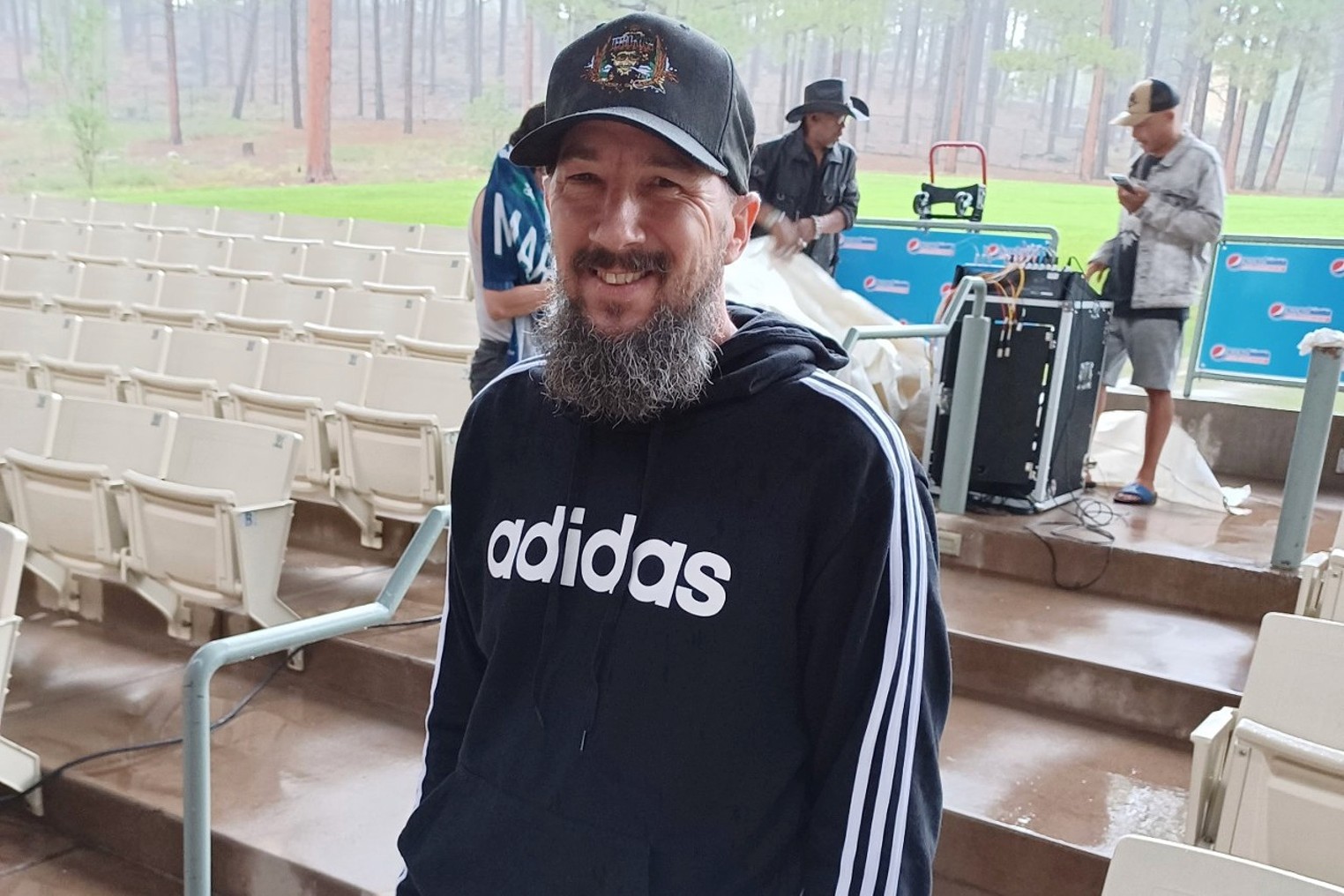 Their destination? Burning Treez Festival, a major consumer music cannabis festival. The former Marine who served in Somalia’s Operation Restore Hope in 1992 promoted his Jefro’s Botanicals, including two wellness creams, at weed and music parties in the Southwest.

His first cream, Jefro’s Copper Plus+ Massage Cream, won the Best Topical Award at the Phoenix Cannabis Awards Music Festival in May.

St. Amand sells the two-ounce canisters on its website, through online retailers, and in its brick-and-mortar store at 610 West Broadway Road in Tempe. He touts the cream, which retails for $64.95, as “the world’s first CBD cream with Bio-Cu1 (copper1).” Rub it, or the extra-strength version, on your body, and “you’ll feel a tingling sensation, with rapid absorption and quick relief from your discomfort,” St. Amand told me. Phoenix New Times.

Cannabidiol, or CBD, is the non-psychoactive compound in cannabis used by mainstream cream companies to help people with arthritis and pain. Copper1, on the other hand, “absorbs into the applied area to help boost immune defenses and has been proven to grow new blood vessels,” according to the Jefro’s Botanicals site.

By combining the two ingredients in his topicals, which he makes locally with organic and locally grown ingredients, St. Amand created a cream that has touched “so many” people who suffer from a variety of physical ailments, he said. Some customers who claim to have been helped by Jeffro’s Botanicals’ products have sent St. Amand videos, which he reposts on social media.

The extra-strength version of the CBD cream is intended for people with chronic pain, cuts, scrapes, headaches and gout, St. Amand said. The company’s website makes it clear that the products are not “intended to diagnose, treat, cure or maintain any ailment or disease in accordance with FDA guidelines.” However, customers rave about how the creams help them. 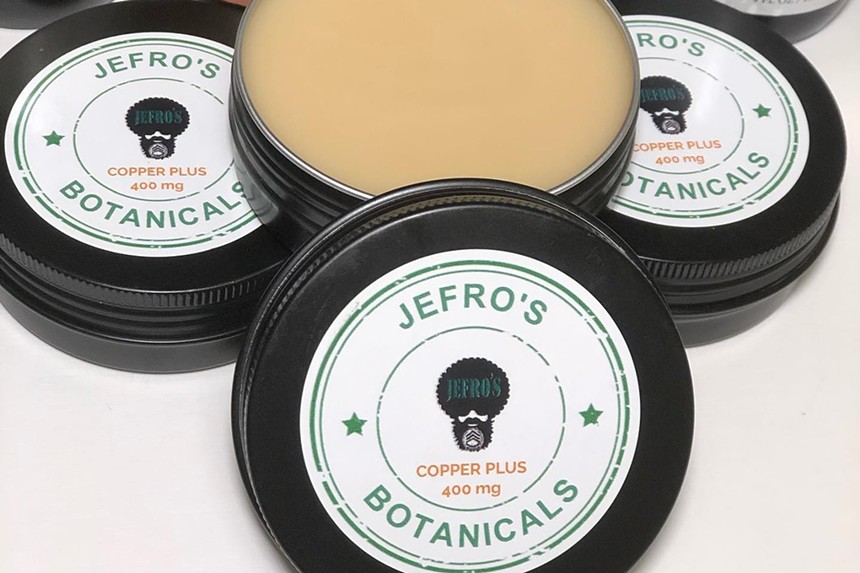 Roy Moody, a resident of Glendale who served in the United States Air Force for nine years, used the Copper Plus+ Massage Cream to help the gout in his ankle that he said was afflicting him. “It was gone that day, and if I had a problem I just put on some Jefro,” he explained. The cream also helped with a large cyst on his buttocks, he added. “In my record on the main [Veterans’ Administration Medical Center] in Phoenix, [it says] Jefro’s cream and the bio-copper1 made this cyst disappear,” Moody said.

Online, the creams also get props. Jeffro’s Botanicals has received Star Seller status on Etsy, which is a reflection of attentive customer service, five-star reviews, and timely shipping, according to the sales platform. The company also scores a 4.8 out of five in its Google reviews.

St. Amand noted that his creams are “THC, GMO, and pesticide free” and are packed with 400 milligrams of almost completely organic CBD. “We have been a THC free product to stay true to the CBD market. We plan to start a THC brand with big rap artists coming into this wonderful cannabis industry. I think a THC line would help as we experimented with this and had amazing results, although we need a license to work under, to make a THC line,” he said.

St. Amand added that he uses THC for personal and medical reasons.

He developed the cream because of a tumor developing behind his eye. In 2013, he was operated on at the recommendation of the VA. “After that botched surgery, three months later, my tumor came back the exact same size. And because I was angry about this, I didn’t know what to do, so they told me to come back and have surgery, and I told them, ‘No, I refuse surgery’ because they are going to cut off a quarter of my face and remove the tumor,’ he explained.

After feeling pressure build up in his right eye, he started searching online for different options and came across CBD. “In 2015, I started educating myself and started making my own creams,” said St. Amand. Two years later he started adding one milligram of copper1, then 10 and finally 20. The rest is Jeffro’s history.

But that use comes at a price when it comes to the U.S. Department of Veterans Affairs, St. Amand said. “They literally reduced my VA handicap by 20 percent, which is $500 a month, because I said I smoked weed. It’s in the docs I have. Crazy, but be careful about how much you say to them at the VA. It will come back and definitely hurt your wallet,” he explained.

VA guidelines said the agency will not deny the benefits over marijuana, encourages veterans to discuss its use with their suppliers, and will include that use on health records.

But St. Amand said allowing the VA to register marijuana use affects whether or not the agency will prescribe other drugs.

“Yes, we are still able to offer our [cannabis] from local dispensaries. The problem is that [the VA staff allegedly] write notes on your file stating that you have stopped taking your prescription drugs that the VA is trying to push you down your throat,” he said. “Well, after smoking cannabis, where the hell did I or we have those do you need opioids? Business greed, possibly. I feel like we are in a fight, and the only victory is to make these natural medicines legal for all the veterans and people of this earth.”

St. Amand still loves his military comrades; he made several album covers for the canisters of his creams and gives some of those sales to veteran organizations.